Azarakhsh; A Fire Temple in Heart of Mountain 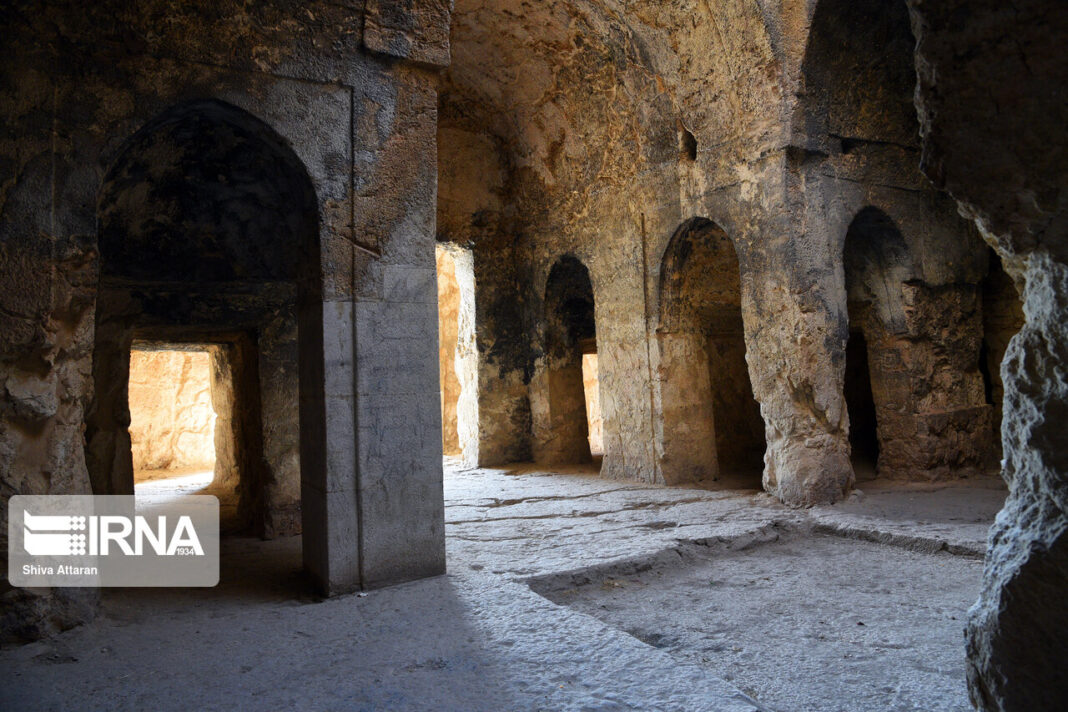 Azarakhsh Fire Temple, also known as the Stone Mosque of Shiraz, is among the most magnificent fire temples in Iran.

This unique cross-shaped monument, entirely caved from mountain in an area of 300 m2, is located 5km from Darab city in Fars province, southern Iran, on the slopes of Pahna mountain.

Azarakhsh Fire Temple is said to have been constructed around the third century BCE. The monument was initially an Aryan Mithraic temple; then turned to a fire temple called Azarakhsh (which literally means lightning) in Sassanid area. It then became a mosque during Seljuk dynasty.

In 1254 CE, under the reign of Hulagu Khan, the ruler of Fars ordered the construction of an altar facing the Qibla on the left side of the monument which was considered a mosque afterwards.

At the top of altar is written in Thuluth calligraphy: “This altar was built in the year 652 AH at the behest of King Atabak Abu al-Muzaffar Abu Bakr Atabak.”

The monument is known as the Stone Mosque these days.