Ayatollah Khamenei: Retreating in the face of the US big mistake 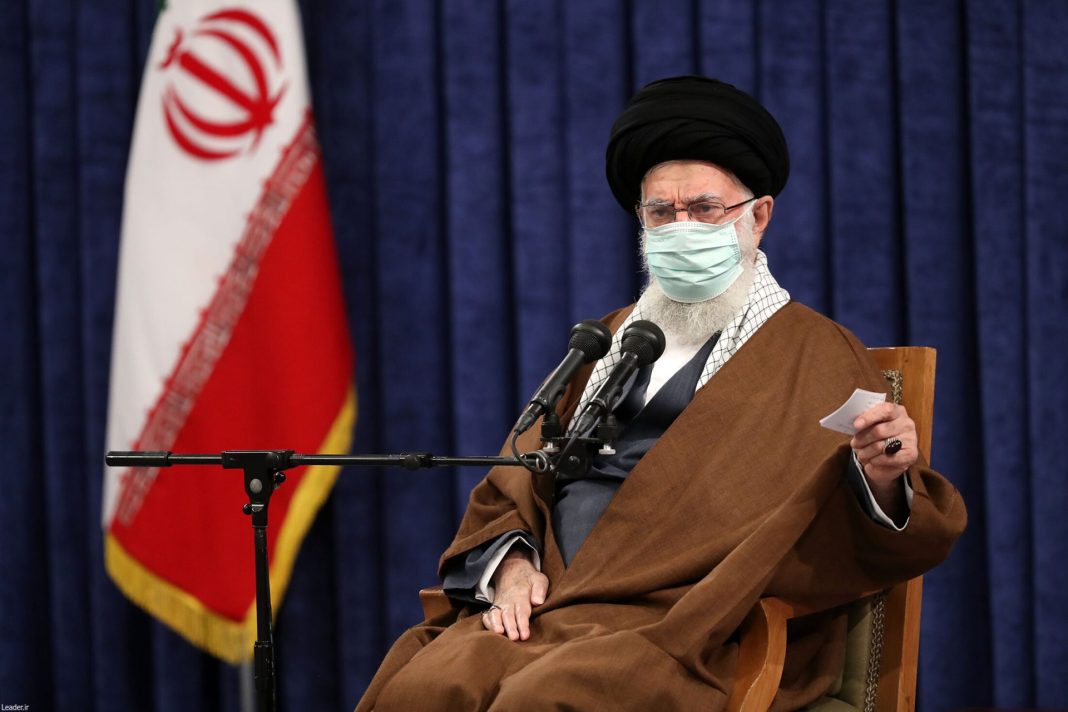 The leader of Iran’s Islamic Revolution has warned against any move that could make the nation weak in the eyes of enemies including the United States.

Speaking to members of the Assembly of Experts on Thursday, Ayatollah Seyyed Ali Khamenei said backing down in the face of the US or any other powers for the purpose of averting sanctions is a big mistake and deals a blow to the country’s political clout.

Ayatollah Khamenei also said there is nothing more naïve than the proposal that Iran should weaken its military deterrence to avoid making the enemy sensitive.

He said such untenable proposals have also been made before which were all rejected.

The leader said had it been allowed to cut off the arms of national clout, Iran would now be facing big dangers.

He also referred to proposals that Iran curtail regional presence and give up progress in the nuclear technology to eschew playing into the hands of the enemy, saying such offers deal a blow to national clout.

Ayatollah Khamenei sadi, “Regional presence gives us strategic depth and strengths our national clout. Why would we relinquish them?” The leader also said Iran also need progress in nuclear technology for the future and “if we forsake it, whom should we beg [nuclear energy] several years from now?”

Ayatollah Khamenei noted that the establishment’s strength will result in national clout, adding that national clout is vital for any nation.

He said any country who wants to be self-sufficient, use its resources on its own and hold its head high, it must be strong.

The leader said when a country becomes weak, it is coveted by foreigners.

He enumerated security and defense power, public welfare, policy-making and bargaining power and culture as other arms of national clout.