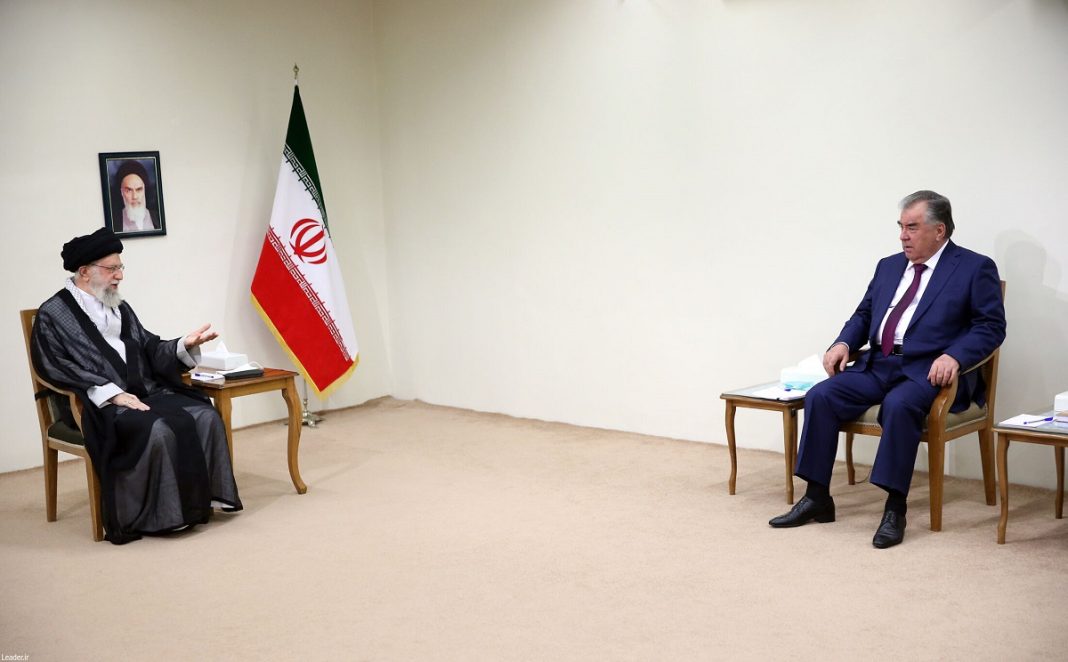 Iran’s leader Ayatollah Seyyed Ali Khamenei has said one of the areas of cooperation between Iran and Tajikistan is regional issues, especially the Afghanistan situation.

Ayatollah Khamenei in a meeting with the visiting Tajikistan president, said that Iran and Tajikistan share concerns over the growth of terror and Takfiri groups in Afghanistan and those who now run the country must form an inclusive government there.

He said the potentials for expanding ties between the two countries are way beyond the current level and relations must be fundamentally changed given the current Iranian administration’s policy of strengthening ties with neighbors.

Ayatollah Khamenei referred to the deep historical, religious, cultural and lingual commonalities of Iran and Tajikistan and described the two countries as relatives and brothers.

Ayatollah Khamenei also added Iran has made great progress in various technological and scientific fields and were it not for the sanctions, this progress wouldn’t be made.

The leader said the sanctions persuaded Iran to rely on its on capacities.

He also slammed sanctions as the weapon of powers against nations, noting what neuters this weapon is to heed domestic power and capacities.