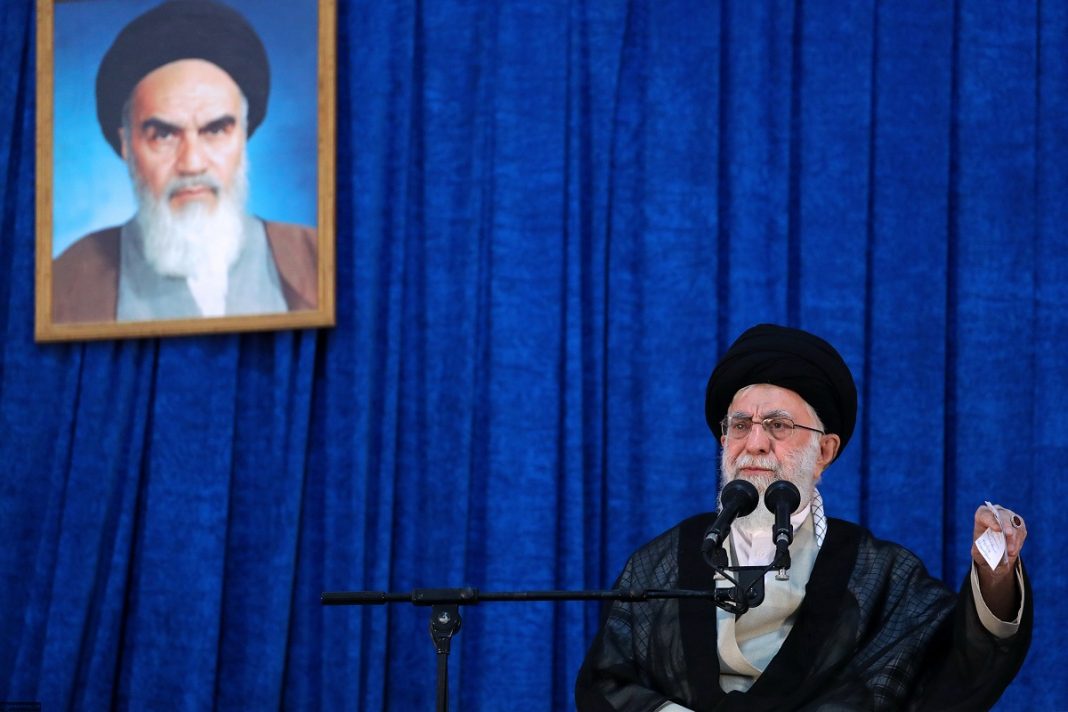 Leader of the Islamic Revolution Ayatollah Seyyed Ali Khamenei says the enemies are making miscalculations in their conspiracy to pit the Iranian nation against the Islamic establishment, urging everyone to adhere to the pure ideals and teachings of Imam Khomeini to foil such hostile plots.

Ayatollah Khamenei delivered a speech, broadcast live on state television, from Imam Khomeini’s Mausoleum in southern Tehran on Saturday to mark the 33rd anniversary of the demise of the late founder of the Islamic Republic.

The Leader spoke in praise of Imam Khomeini’s personal character, lofty ideals and school of thought, and his teachings that guided the nation to victory in their uprising for independence and against years of tyranny, oppression and submission to outsiders.

He described Imam Khomeini as the “spirit” of the Islamic Revolution, calling on everyone not to stray from the path opened by the revered leader.

“Do not let them (the enemies) make the memory of the Imam fade way and distort the Imam’s narrative,” he warned.

“The young and smart generation, which is set to take charge of the Second Step of the Revolution needs a type of software, and that is the Imam’s teachings. The Imam does not merely belong to the past, he also belongs to today and tomorrow,” he said.

Ayatollah Khamenei said the enemies were miscalculating in their attempts to pit the people against the Islamic establishment through “psychological warfare, activities on cyberspace, money, mercenaries, [street] protests.”

“The Americans make mistakes in their decisions since they take advice from treacherous Iranians. These advisors betray both their own homelands and the Americans,” the Leader added.

He said in order to get a correct understanding of the Iranian nation’s unwavering faith in Islam and the Revolution, one can “look at the millions-strong funeral” held in early 2020 for Lieutenant General Qassem Soleimani, who was assassinated by the US military after years of leading a regional fight against US-backed Takfiri terrorists.

“We neither oppress other governments and nations nor submit to their oppression,” the Leader said.

“We neither bully others nor surrender to their bullying.” “We promote both the country’s scientific and economic [status] and its defense power,” Ayatollah Khamenei said.

On theft of Iranian oil by Greece

Ayatollah Khamenei warned against a widespread media campaign being waged by enemies to smear Iran.

As a case in point, he referred to the recent “theft” of Iranian oil by Greece at sea under the United States’ order in mid-April, when Athens seized an Iranian-flagged off its coast and later transferred its oil to the US.

The Leader praised the brave Iranian naval forces for taking a tit-for-tat measure, which saw them impound two Greek oil tankers off the Iranian southern coast in the Persian Gulf.

In the wake of the retaliatory measure, he said, enemies resorted to their “media empire” and propaganda tools to accuse Iran of “piracy.”

“Who is a thief? You stole our oil and we took it back from you. Taking back what’s been stolen does not amount to an instance of theft. You are the ones who are thieves,” the Leader said in reference to Greece and the US.

‘Those behind Metropol tragedy must be punished’

Ayatollah Khamenei pointed to the deadly collapse of a building in the southwestern city of Abadan, which left dozens of people dead, calling for those behind the disaster to be punished.

He also praised the country’s senior authorities for visiting the site of the disaster in person, following up on the incident, and offering sympathy to the bereaved families of the victims.

“Today, the enemies are seeking to taint the image of [Iran’s] revolutionary officials,” he warned.