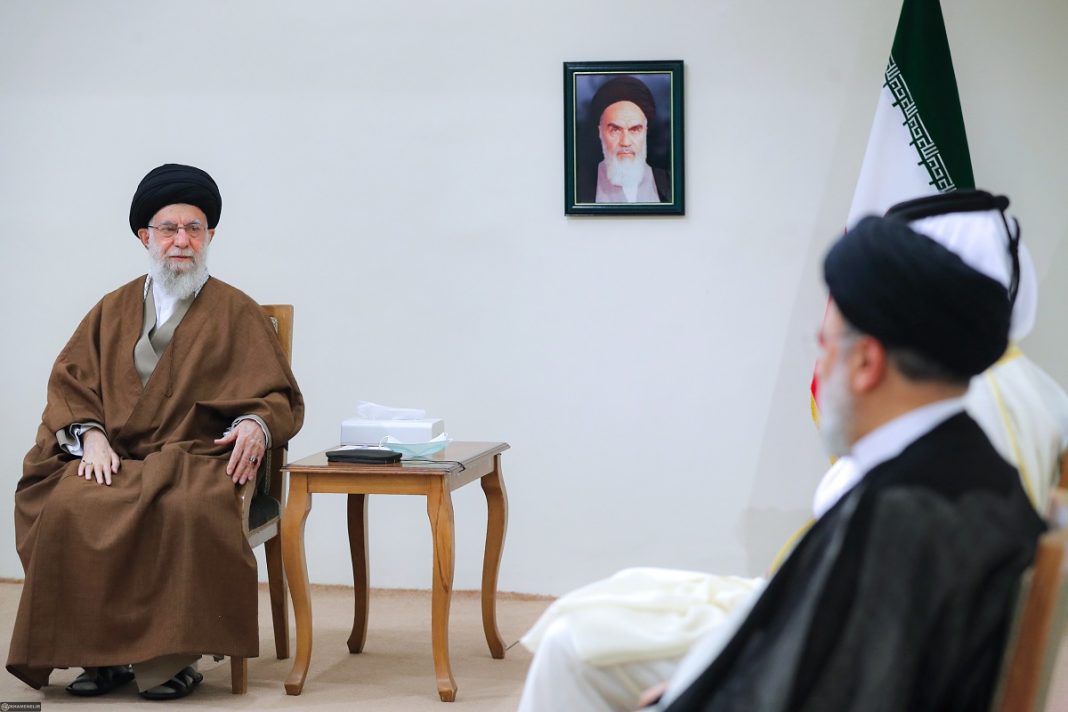 The Leader of Iran’s Islamic Revolution Ayatollah Seyyed Ali Khamenei has called on the Arab world to take meaningful political action against Israel.

The Leader called Israel’s decades-long oppression of Palestinians a bitter reality and a blow to the Islamic world and the Arab world. “In the face of these crimes, the Islamic Republic of Iran expects the Arab world to clearly enter the field of political action,” Ayatollah Khamenei said in a meeting with Qatari Emir Sheikh Tamim bin Hamad al-Thani in Tehran on Thursday.

The Leader referred to Israel’s demolition of a Palestinian home in the Sheikh Jarrah neighborhood in occupied East Jerusalem al-Quds a few months ago, saying: “In that case, the support of some Arab countries for the Palestinian people was not even as much as that of some Europeans, and they did not take a stance, and they are still acting that way today.”

“If this approach of the Arab countries is out of fear of the Zionist regime or out of greed for it, they should know that today the occupying regime is not in a situation where it can be coveted or feared,” he said during the meeting which was also attended by President Ebrahim Raisi.

The Leader of the Islamic Revolution also stressed that there is no need for the intervention of foreigners in the region.

“The Zionists create corruption wherever they set foot and cannot give any power or privilege to the countries, therefore, we, the countries of the region, must strengthen our relations through consultation and cooperation as much as we can,” the leader noted.

Ayatollah Khamenei said the issues of Syria and Yemen can also be resolved through dialogue.

“Of course, dialogue should not be from a position of weakness, while the other sides, mainly the United States and others, rely on military and financial power,” he stated.

The leader also said the strength and stability of Iran-Qatar relations are in the interest of both countries, adding that the current level of economic relations between the two countries is very low and should be multiplied.

Expressing satisfaction with his second visit to Iran, the emir of Qatar pointed to the prominent position of the Leader of the Islamic Revolution in the Islamic world.

The Qatari Emir slammed the crimes of the Zionist regime in Palestine, saying everyone must take a stance against the developments there.

The Emir of Qatar also referred to the recent killing of a female journalist by the Israel military in the West Bank city of Jenin, saying: “The Zionists committed this crime in cold blood.”