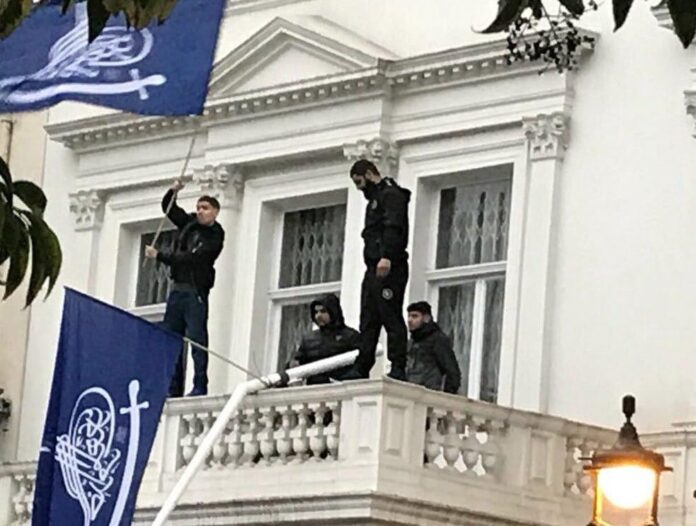 Iran’s ambassador to Britain says a few supporters of a counter-revolutionary group have raided the Iranian embassy in London.

According to Hamid Baeidinejad, they were advocates of the so-called Shirazi cult. They brought down the Iranian flag, raised their group’s flag on the roof and chanted slogans against Iranian authorities.

They also cursed Prophet Mohammad’s wife Aisha, her father Abu Bakr, as well as Osman and Omar, two of Prophet Mohammad’s companions, who are highly-respected figures in Sunni Islam. They were seen brandishing sticks and machetes as they stormed the building. Police were present at the scene.

Footage of the incident was aired live on some anti-revolutionary channels.

Iran Urges Europe to Return to Commitments Instead of Expressing Concern