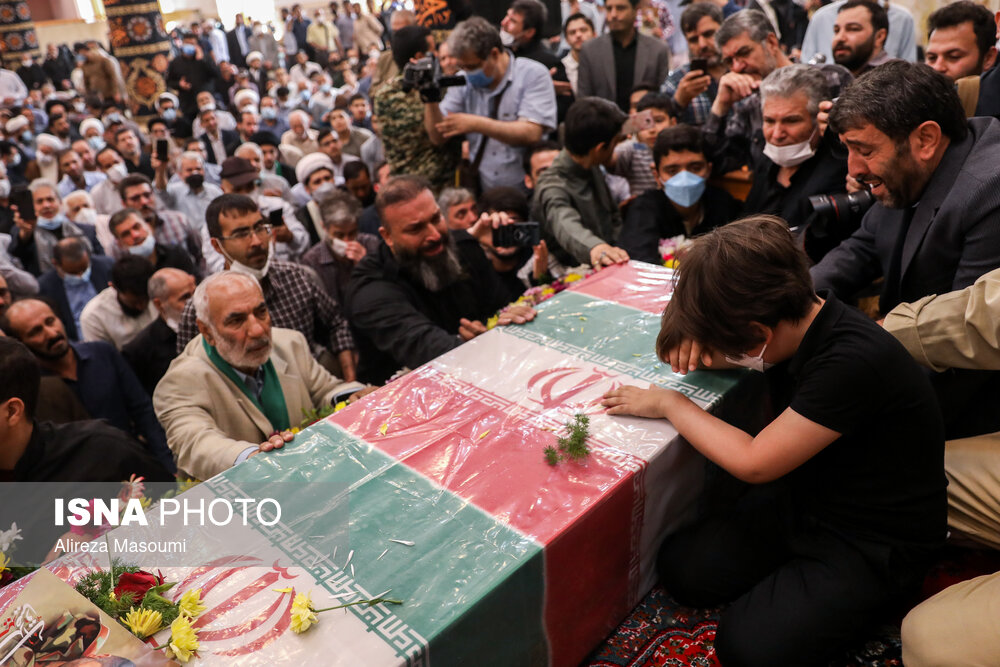 People have held a funeral in Tehran for a member of the Islamic Revolution Guards Corps who was assassinated on Sunday by two attackers in the Iranian capital.

A ceremony was held first at Imam Hossein Square in downtown Tehran where the participants paid tribute to Colonel Hassan Sayyad Khodaei.

They clapped their chests as a sign of mourning. Then his body was carried along a nearby street for a distance and was then taken to the Beheshte Zahra cemetery where he was laid to rest.

Colonel Khodaei was born in 1972 in the city of Mianeh in East Azarbaijan Province. He was a member of the IRGC’s Quds Force and was deployed to Syria as a military advisor during the foreign-backed militancy in the Arab country.

The late colonel was assassinated by two terrorists on motorbikes at around 4 pm on Tehran’s Mojahedin Eslam Street on Sunday while he was entering his house.

The IRGC has vowed revenge for his assassination.