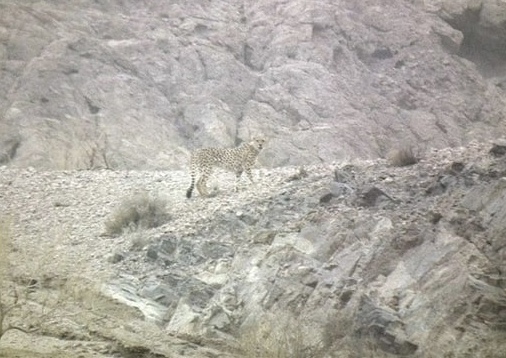 Asiatic cheetah "Homino" has been sighted in a wildlife sanctuary in central Iran for the first time in six years.

Rangers on patrol in Ariz sanctuary of Bafgh, Yazd Province have managed to take photos of the feline.

After reviewing the images, wildlife experts and specialists realized that the male cheetah was the one that had been registered eight years ago and was last seen in September 2015.

Earlier in January, Iran said only a dozen Asiatic cheetahs were left in the country warning that the endangered species is facing an extremely critical situation.

Authorities have blamed drought, hunters and car accidents, especially in the country’s central desert for the feline’s decreasing population.

According to the International Union for Conservation of Nature, the Asiatic cheetah is critically endangered.

Iran is one of the last countries in the world where the animals live.

In 2001, the Islamic Republic launched a United Nations-supported protection program to save the endangered species.