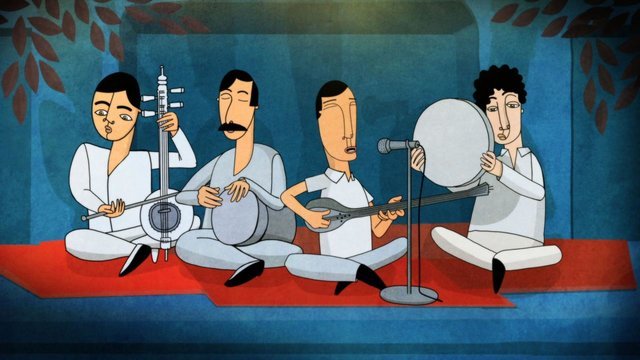 An animated film about Iran and Persian literature has been shortlisted by the US Academy of Motion Picture Arts and Sciences as one of the 26 films to be considered for this year’s Academy Award.

Among the features submitted for consideration in the animated feature film category for the 90th Academy Awards there is an animation called ‘Window Horses: The Poetic Persian Epiphany of Rosie Ming’ directed by Ann Marie Fleming.

The story is about Rosie Ming (Sandra Oh), a young Canadian poet of mixed descent who grew up with her strict Chinese grandparents, believing that her father and mother abandoned her. She has been invited to recite her poem at a festival in Iran, where she finds that what she’d been told as a child may not necessarily be the entire truth.

According to a Farsi report by ISNA, funding for the film was raised through a campaign, which amassed more than $80,000 in 50 days, from 730 contributors in 28 countries

In the animation, the director uses English adaptation of poems from Gulistan, a collection of poetry written in 1258 by the Persian poet Saadi Shirazi. Also poems from ‘Masnavi’ by theosophist and poet Rumi are used to tie the animation with Persian culture.

This year, submitted features must fulfil the theatrical release requirements and comply with the category’s all other qualification rules before they can advance in the voting process. Depending on the number of films that qualify, two to five nominees may be voted for. Sixteen or more films must qualify for the maximum of five nominees to be voted.

For the first time, voting for nominations in the Animated Feature Film category is open to the entire eligible voting membership.

Nominations for the 90th Academy Awards will be announced on Tuesday, January 23, 2018.

The Big Bad Fox & Other Tales

The Girl without Hands

In This Corner of the World

Mary and the Witch’s Flower

Moomins and the Winter Wonderland

My Entire High School Sinking into the Sea