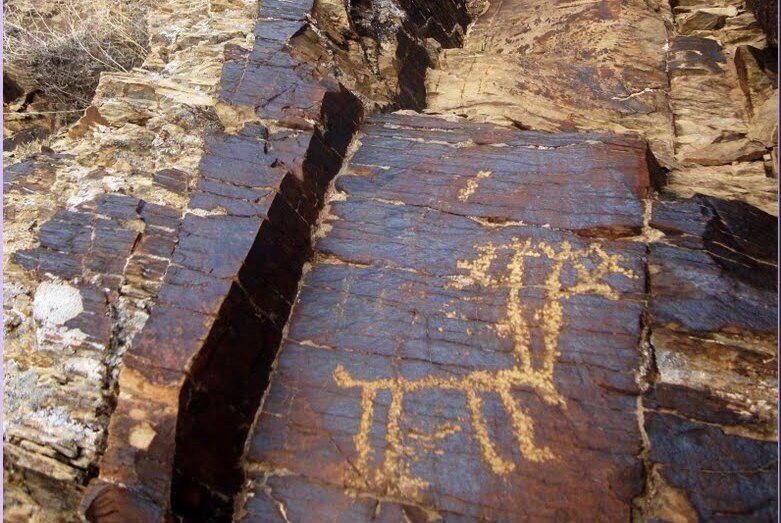 An Iranian archaeologist says ancient paintings of caves and mountains in Iran indicate the migration of ancient Iranians or residents of the Iranian plateau to the Americas.

Mohammad Naserifard says he has compared the ancient paintings of caves and mountains in Iran and the Americas, and has come to the conclusion that there are some similarities in appearance and often themes of the ancient inscriptions.

One of these similarities is the resemblance of the ancient human remains in the caves and mountains of Iran with the works of the American continent.

“French archaeologists had previously noted that the paintings in a cave show a special type of leopard horse that lived only in Europe, while women living in Iran’s Baluchestan domesticated this horse 11,000 years ago and their images have been found in Baluchestan.”

Naserifar went on to say that the Indian dream horse, Appaloosa, is the same leopard horse that was taken by immigrants from ancient Iran to the Americas.

Studies on Iranian lithographs, especially near the city of Khomein in central Iran, show that thousands of years ago, the inhabitants of the Iranian plateau have migrated to the Americas, he claims.

Marcel Ot, a former professor of history at the University of Liege in Belgium, has stated in his study of 40,000-year-old cave paintings that Europeans had Asian roots, Naserifar added.

“The image of a hunter on horseback has been found among the figures on the mountains around Khomein. Like the American Indians, these people have blades full of birds’ feathers on their backs. This kind of clothing and hunting can be seen in documents and photographs of the Indians living in different parts of the Americas.”

“Such images can also be seen among the carvings of Iran, which show cultural ties and common roots of the inhabitants of Iran and Americas.”

As evidenced by carvings, these images can be a proof of the migration of the inhabitants of the Iranian plateau to the Americas over the millennia, added Naserifar.

* The article has been updated by adding caption to the combo photo above.