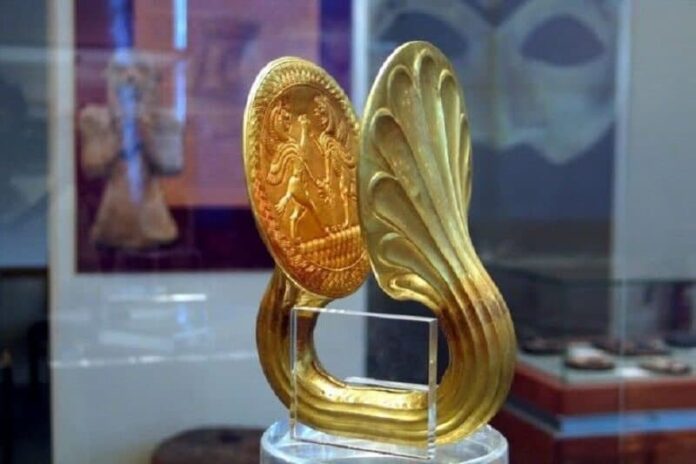 The “Arjan” cup with a history going back thousands of years has been designed and unveiled as the official symbol of the Iranian team at the 2020 Summer Olympics scheduled to be held in Tokyo from July 23 to August 8, 2021.

The Arjan cup, a visual identity, has been inspired by the “Olympic Flame” motif and illustrations on the Arjan Cup and designed using the colours of the Iranian flag.

It was the first time that the Iranian squad heading for the Olympic Games was seeking to design a special symbol for the team. Back in June 2020, three logos with sports signs going back thousands of years were proposed. 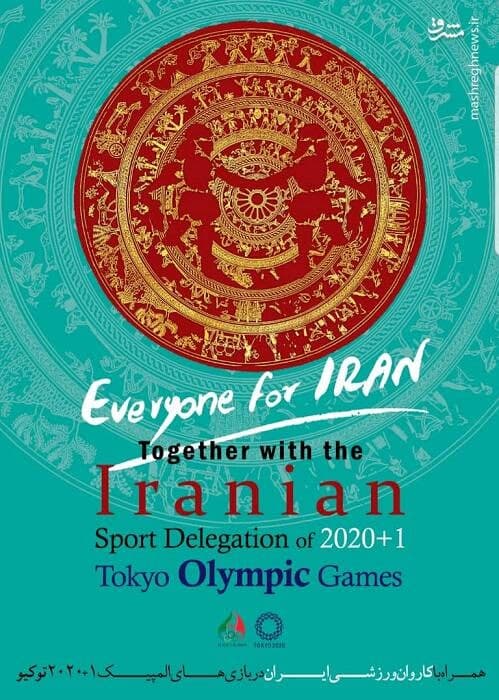 The Arjan Cup (the Cup of Life) is a tray-shaped cup depicting sports and group activities of Iranians going back 3,200 years. The Hassanlou Cup is one which dates back to the time before the Olympic Games of Ancient Greece. This cup is over three millennia old and bears sports signs. Another cup proposed was the Admiralty Metal Cup of Lorestan.

Finally, the Arjan Cup was picked as the sign which would represent the Iranian team at the Olympic Games.

The cup dates back more than three thousand years and clearly illustrates a group event that looks like a ritual (something similar to today’s Olympic Games) taking place in 1235 BC.

According archaeologists, a major ceremony used to be held in Iran more than three thousand years ago. The event was a combination of combat and sports rituals.

Accordingly, inspired by the “Olympic Flame” motif which draws on the designs of the Arjan Cup, the sign of the Iranian team in the 2020 Tokyo Olympic Games was designed.