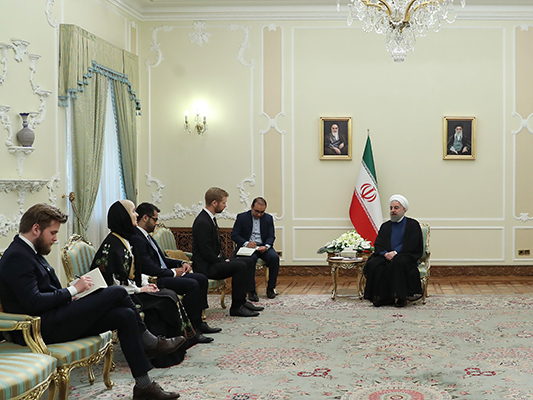 The new ambassadors of four European countries and one African state separately met with Iranian President Hassan Rouhani on Saturday.

The new ambassadors of the Czech Republic, Switzerland, Greece, Norway and Nigeria to Tehran separately met with Rouhani and submitted their credentials to the Iranian president.

During their meetings, the top diplomats underscored the need to boost relations with Tehran and draw on the economic potentialities of the Iran nuclear deal (known as JCPOA), namely establishing banking relations, while reacting to US President Donald Trump’s recent remarks, which were against international norms and regulations. 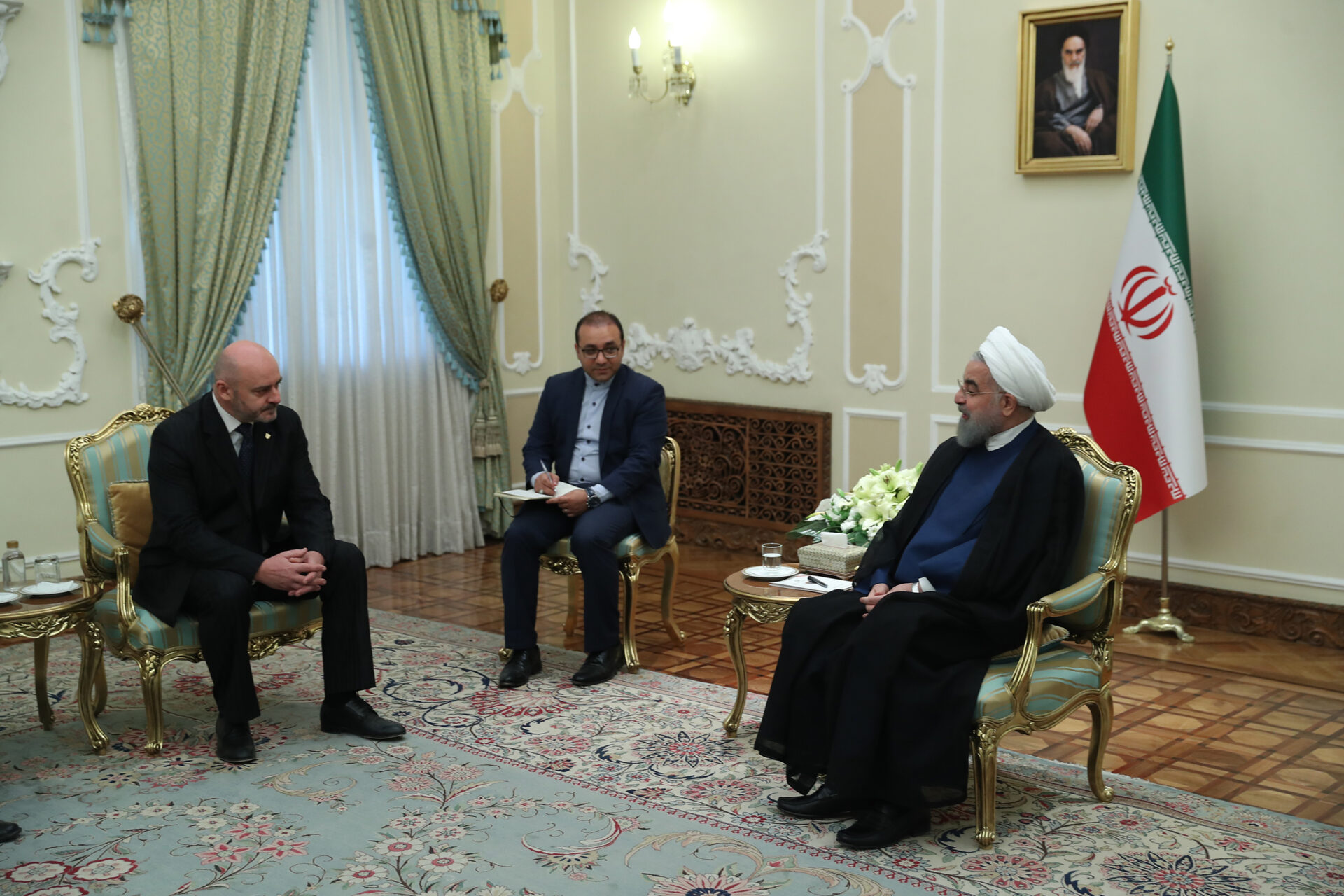 During his meeting with new Czech ambassador Svatopluk Čumba, President Rouhani said Iran believes the JCPOA will help promote lasting peace, security and stability in the region and in the world.

He said all signatories to the JCPOA should make good on their commitments under the deal. Rouhani said Iran will remain committed to the deal as long as the other parties live up to their obligations.

Rouhani noted that the lifting of the sanctions imposed on Iran and the creation of a suitable atmosphere for trade and economic cooperation between Tehran and the European Union were among the positive effects of the JCPOA.

He also said Iran and the Czech Republic should tap into the existing potential to further enhance their cooperation.

The top Czech diplomat, in turn, said Prague attaches great importance to promotion of mutual relations with Tehran on all fronts, saying businessmen from both sides are having close cooperation today and are making plans to further boost their trade partnership. 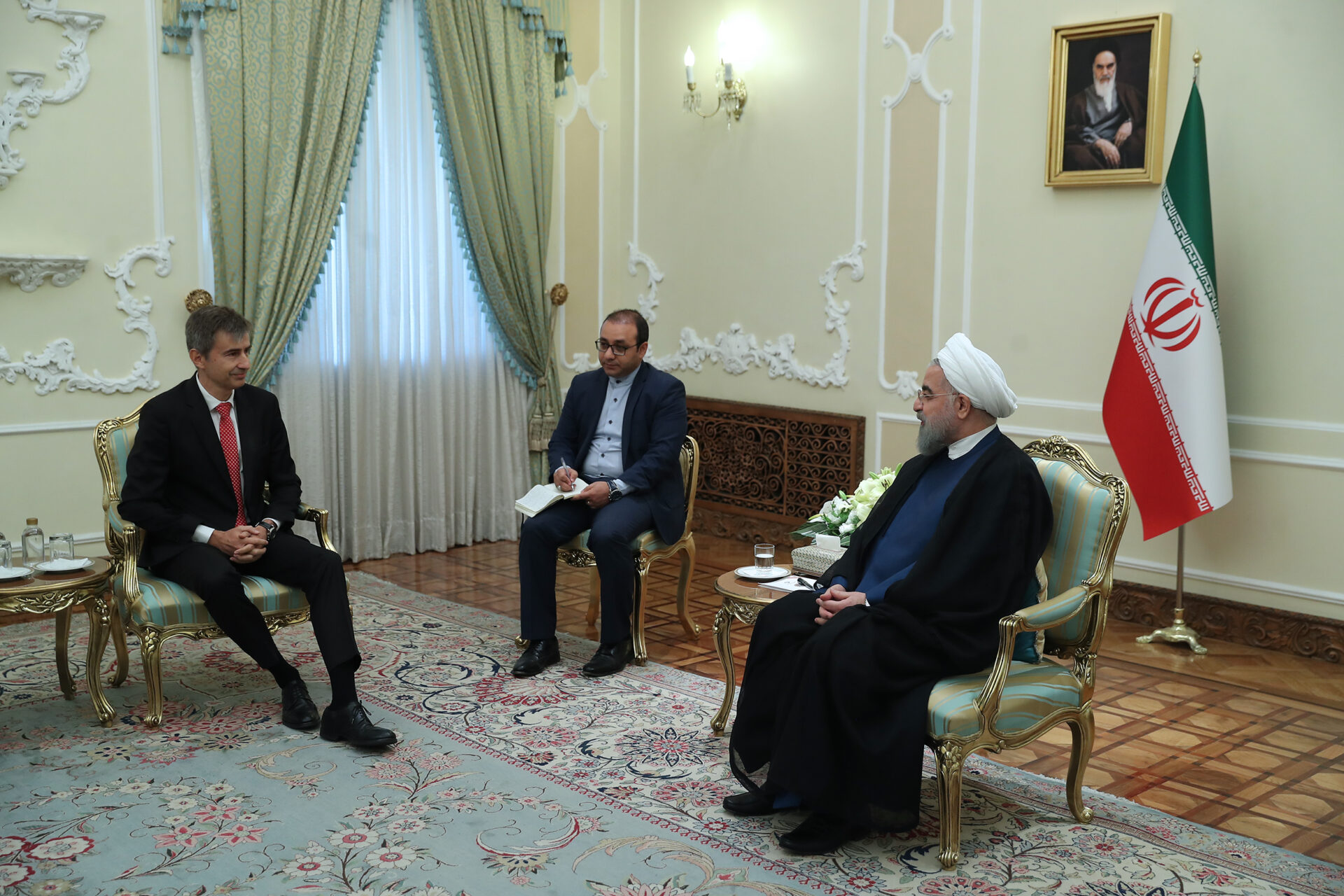 Also in a meeting with new Swiss Ambassador Markus Leitner, the Iranian president said differences across the world should be resolved through dialogue.

He further noted that the approach adopted by the incumbent US statesmen is wrong and futile. The president said not only Iran and the P5+1 group, but the whole world is at a sensitive and important juncture now.

President Rouhani underlined the nuclear deal created more tranquility in the region and in the world. He noted Iran will continue its cooperation with the International Atomic Energy Agency (IAEA).

Rouhani also stressed the importance of banking relations between Tehran and Bern. The Swiss ambassador, in turn, said Switzerland pays due regard to boosting all-our relations with Iran and at the same time supports the JCPOA. 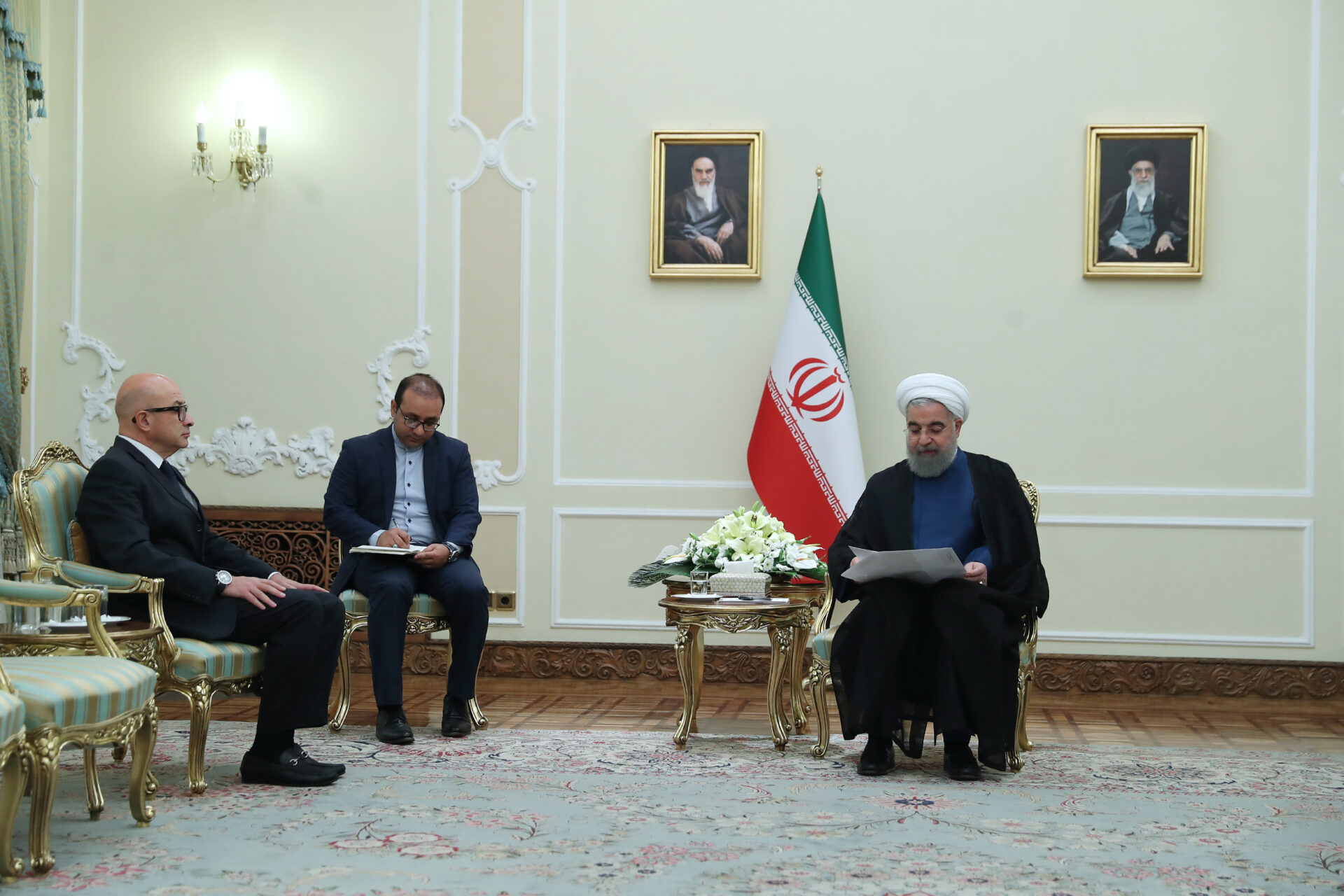 In a meeting with Greek Ambassador Dimitri Alexandrakis, the president said the JCPOA proved that negotiations and cooperation are the best way to settle international differences and are to the benefit of the international community, including Europe and the US.

He further said Tehran is set to establish all-out relations with Athens in all areas. He said the two countries have great potential to upgrade their cooperation in scientific, economic, cultural, banking, energy and transit areas.

Alexandrakis, for his part, said it is important that all signatories to the JCPOA deliver on their commitments under the deal. He then stressed the necessity of enhancing Iran-Greece ties on all fronts. 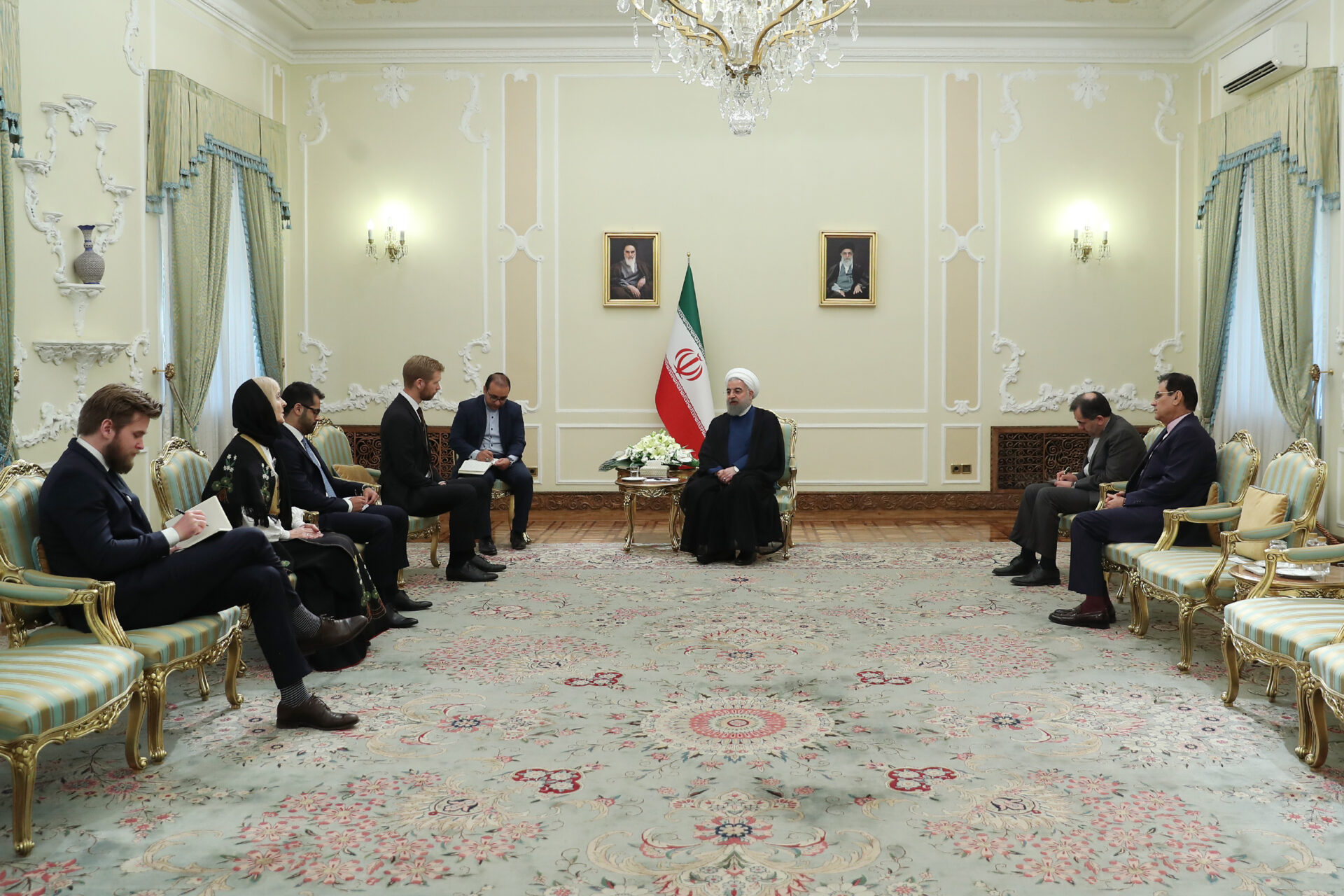 In a meeting with Norwegian Ambassador Lars Nordrum, President Rouhani urged all European Union member states, including Norway, to play a constructive role in maintaining the JCPOA and seize every opportunity for cooperation. The president then said Iran is interested to further boost its economic relations with Norway, and expressed hope the private sectors of both countries will launch joint ventures.

The top Norwegian diplomat, in turn, underscored that Norway’s position on the JCPOA is similar to that of the EU, and that all parties to the deal should remain committed to their obligations. He said Norwegian companies consider the JCPOA as a very serious agreement and an opportunity for establishing closer cooperation with Iran. 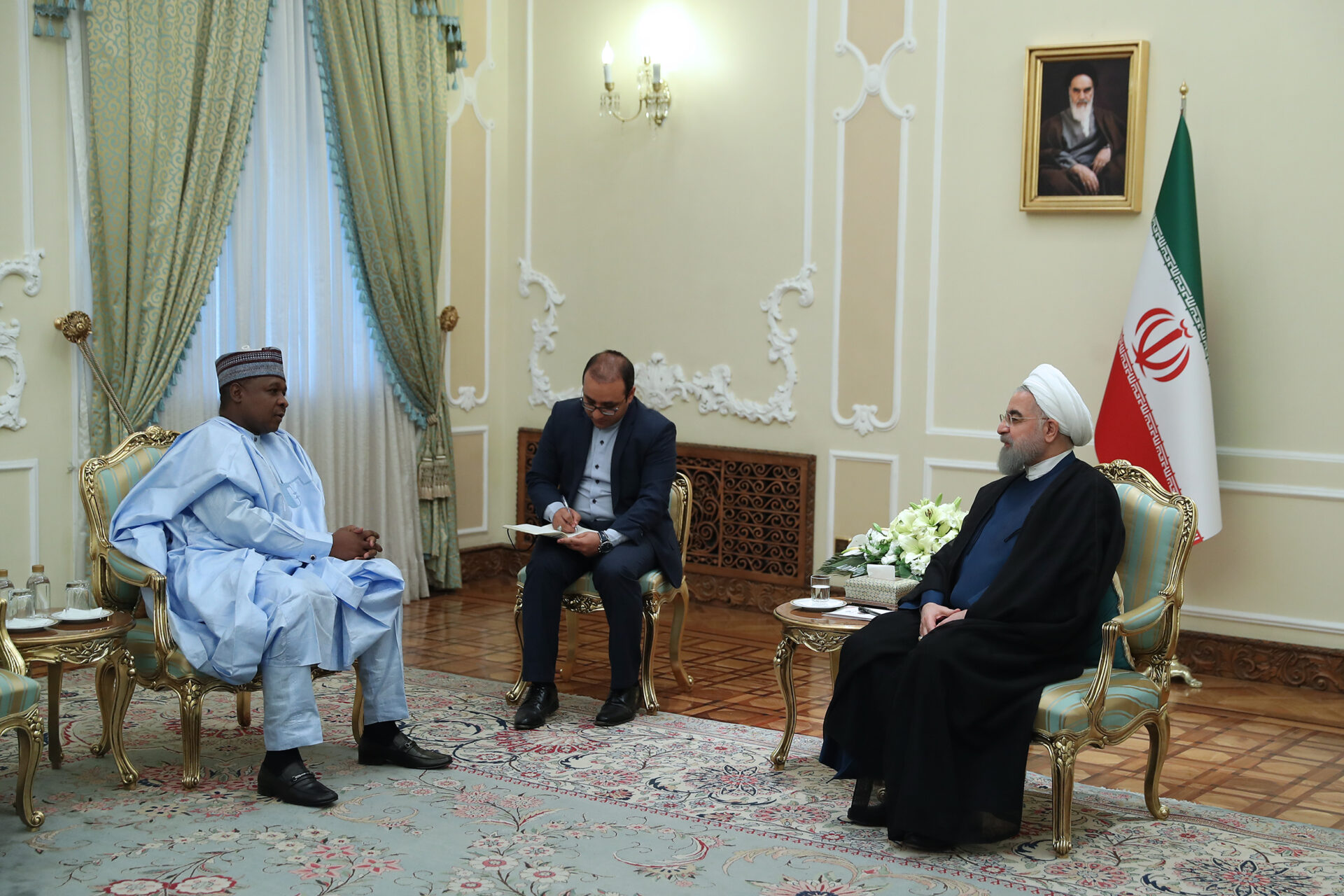 In his meeting with new Nigerian Ambassador Ibrahim Hamza, President Rouhani said terrorism poses a danger to the whole world, adding it requires the cooperation and willpower of all countries to fight terror. He then called for the implementation of the agreements already reached by Tehran and Abuja, urging both sides to tap into the existing potential in the two countries to expand mutual relations in various areas.

The Nigerian ambassador, for his part, called US President Donald Trump’s remarks on Iran and the JCPOA as regrettable, saying the whole world is standing against the opponents of the JCPOA. He then said his country favours the promotion of all-out cooperation with Iran.