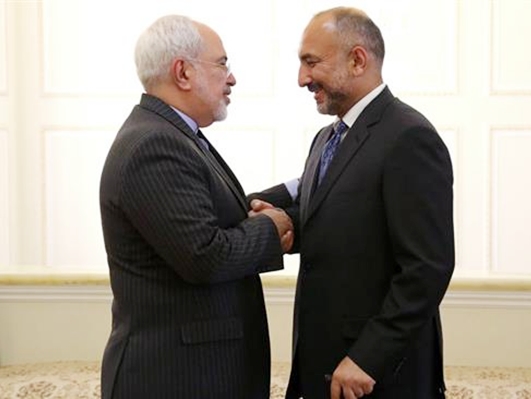 Iranian Foreign Minister Mohammad Javad Zarif says the progress and security of Afghanistan is among the Islamic Republic’s core policies.

He urged the two countries to further strengthen cooperation in all sectors.

Zarif pointed to an order by Leader of the Islamic Revolution Ayatollah Seyyed Ali Khamenei about schooling for all Afghan children in Iran and said, “This issue indicates that we believe in Afghanistan’s progress and development at the highest level.”

In a meeting with Chief Executive Officer of the Afghanistan’s government, Abdullah Abdullah, in January, Ayatollah Khamenei ordered that all Afghan children in Iran be permitted schooling regardless of their residency status.

The Afghan official, for his part, said the Chabahar agreement – recently signed among Iran, Afghanistan and India – is a positive sign of the beginning of fundamental cooperation between Tehran and Kabul.

The Chabahar agreement was signed in the presence of Iranian President Hassan Rouhani, Indian Prime Minister Narendra Modi and Afghan President Ashraf Ghani in Tehran on May 23 to establish a strategic transit and transport route connecting the three countries.

Chabahar is located in the Gulf of Oman on the border with Pakistan. It is Iran’s closest and best access point to the Indian Ocean.

The port will be a game changer for regional connectivity, especially for Afghanistan, which can find an assured and reliable alternative access to India via sea.

Hanif Atmar also said Afghanistan attaches great importance to bolstering cooperation with Iran and called on all regional countries to improve close cooperation in the fight against terrorism and extremism.

The Afghan security official is in Tehran for a two-day official visit to meet with senior Iranian officials. He held talks with Secretary of Iran’s Supreme National Security Council Ali Shamkhani earlier on Saturday.