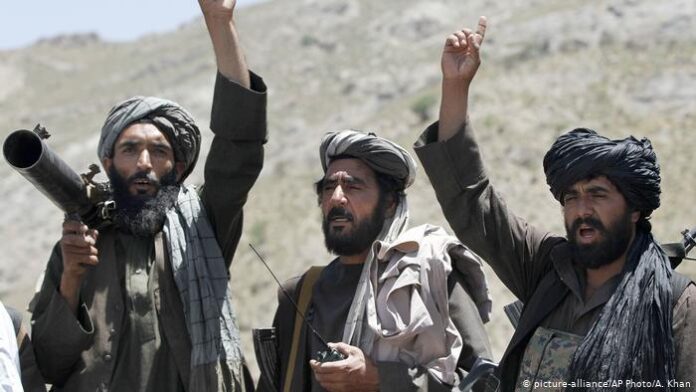 As the Taliban is seizing more and more areas in Afghanistan, many criticize Iran’s move to hold talks between Afghan groups in Tehran, but political experts believe that the Taliban must be accepted as a reality in this country and the neighbours must define a strategy to deal with them.

The former Iranian ambassador to Afghanistan says the Taliban, as a powerful reality in Afghanistan, is playing a role in the unrest, and all efforts are focused on establishing negotiations between the Kabul government and the militant group to establish a lasting peace.

However, so far, all these efforts, arrangements and negotiations between the Afghans in Qatar and Russia have reached a deadlock, and the talks in Tehran are an attempt to create the same cooperation. Considering the relations with the parties and the relative trust won, Tehran has used this opportunity to play a role.

In an interview with ILNA, Mohammad Reza Forqani elaborated on the Afghan-Afghan talks held in Tehran last weekend. He also answered a question about Tehran’s role in creating peace and stability in Afghanistan and the accusation of Tehran’s inaction in this regard.

“In recent years, and especially in the last eight years, the Islamic Republic of Iran has paid little attention to its neighbours, and Afghanistan is one of these countries. Therefore, there is no doubt that our policy is a passive one in Afghanistan, and all experts and people are aware of this.”

He also noted that the Islamic Republic of Iran, despite enjoying good impression on Afghan groups has not been able to play a role in the affairs of this country as it deserves the name of Iran.

He also referred to the statements made by some Afghan experts about Tehran’s interference in the affairs of this country, adding that “I believe these remarks are not fair as they are not true at all because Iran has nothing but diplomatic and direct ties with the Kabul and has always supported the Afghan government.”

Statements in this regard are mostly negative ones, he said, and those who make these claims, whether in the guise of MPs, experts and journalists, are affiliated with currents outside Afghanistan. If Tehran has expressed any views on the issue of Afghanistan so far, it has been a response to the calls by the Iranian society to play a role.

“Although these peace talks have been fruitless and reached a stalemate, US negotiations with the Taliban and the signing of the agreement paved the way for all countries to recognize the Taliban as an official party to the conflict in Afghanistan, and several countries established global and regional ties with them.”

Although it is too soon to judge the outcome of these negotiations, it seems fundamental changes have taken place in the negotiation process between the government and the Taliban.

Regarding the issue of border security, Forqani noted that as part of the Taliban’s military advance in recent weeks, large areas of the country have been captured by the group, including the border areas on the Iran-Afghanistan border.

“Based on previous experiences, it can be claimed that this group will not pose a security problem to the Islamic Republic of Iran, and in its recent statements, it has emphasized that the issue is a domestic one and no action will be taken to destabilize the borders. Of course, the Taliban is aware of this and knows that if they want to create a security problem for Iran, it will surely be to the detriment of this group” underlined Forqani.

“We do not have any sense of insecurity on the part of the Taliban at the moment, but it should be noted that we and other neighbours are concerned about the presence of irresponsible groups among the Taliban who have shown in the past that they are doing things which are against the interests of Afghanistan and even the Taliban themselves; therefore, this group must act as soon as possible to control such people,” he concluded.