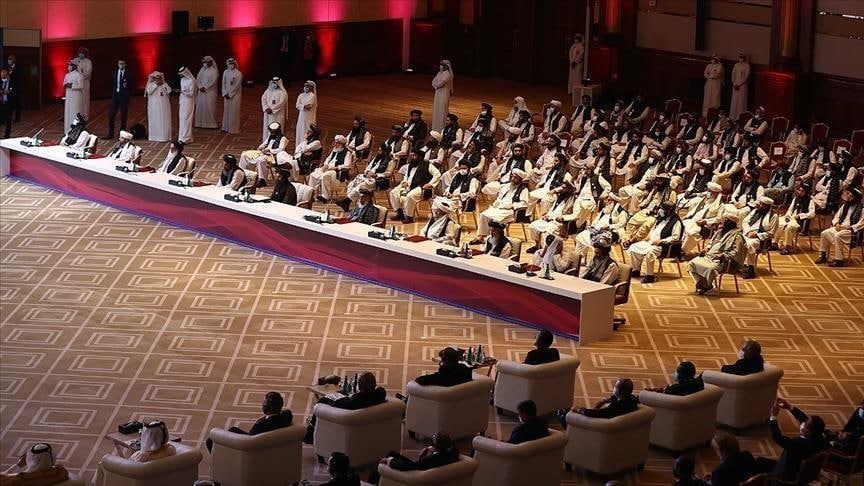 An Afghanistan affairs analyst says what happened in Afghanistan, and the Taliban’s takeover in a matter of days, had been agreed in a deal among US, Pakistan and Saudi Arabia, during the Afghan peace talks with the militants in the Qatari capital Doha.

Pir Mohammad Mollazahi said in an interview with ILNA that Afghanistan’s neighbours, including Iran, took no action as Afghan cities fell to the Taliban one after the other, and despite the fact that the collapse of the capital Kabul and the presidential palace looked imminent.

“If there was no hesitancy in the foreign policy of Iran, they would definitely not allow the collapse of major Afghan cities pass so easily, so that in a city like Herat, [former warlord] Ismail Khan, as an Islamist fighter and the governor of the city, who had requested help from Iran, would be captured by the Taliban,” Mollazahi said.

“The truth is that a deal was reached among the US, Pakistan and Saudi Arabia in Doha on the future of Afghanistan so that the Taliban would return to power. The Islamic Emirates is an option picked by the US and its allies in the region to replace the liberal democratic forces, which came to power in Afghanistan in 2001. In fact, Washington has bypassed the democratic and pro-human rights groups in Afghanistan.”

Mollazahi added that the deal agreed in Qatar has its “winners and losers”, noting that, so far, the winners are Saudis and Pakistan and the clear losers are Iran, India, Russia and China.

“The inaction, which observers point to in Afghanistan, is in fact understandable when considering Iran. But, on the other side, Pakistanis entered the conflict very seriously and the military forces of this country officially joined the Taliban front and there are reports that, over the past days, 20 to 25 thousand radical forces have entered Afghanistan through Pakistani borders,” the analyst said.

“There are two viewpoints on the developments in Iran’s eastern neighbour inside our country. The first is what was raised by Mr. Hossein Shariatmadari and the Kayhan newspaper, and considers the establishment of an Islamic Emirates in Afghanistan a reality, which we should accept and work with, to reduce [possible] risks. This, of course, has its backers among our country’s security forces and considers the Taliban a better option than the liberal democratic groups. Now the question is how well this viewpoint corresponds to Iran’s interests. My answer is that it does not correspond to Iran’s interests,” he said

“The second viewpoint is that, despite accepting the Taliban as the reality of Afghanistan, one should not forget that, in case the Islamic Emirates takes power and is established, this group opens the space for radical forces, including a considerable portion of those who are enemies of Iran and have fought against the Islamic Republic in Syria and Iraq, and this poses a risk to our country’s national security. But, Tehran appears to have failed to create a balance between these two viewpoints and remains in a state of indecision.”

Mollazahi added that the hesitancy Iran showed on Heart was also seen in the northern neighbours of Afghanistan. He said Russia, Tajikistan and Uzbekistan were expected to give a positive response to General Abdul Rashid Dostum’s request for help to protect the city of Mazar-i-Sharif, but this did not happen and the city fell to the Taliban.

“It is clear these countries have also realized that the deal hammered in Doha is too strong to prevent it from happening,” he said.

“After the establishment of the Islamic Emirates, the United States’ next plan is definitely gathering radical forces around from different regions in Asia and uniting them in Afghanistan, to equip them to counter Iran, Russia and China. I have no doubt that this inaction of Tehran will not be in our country’s interest in the end.”