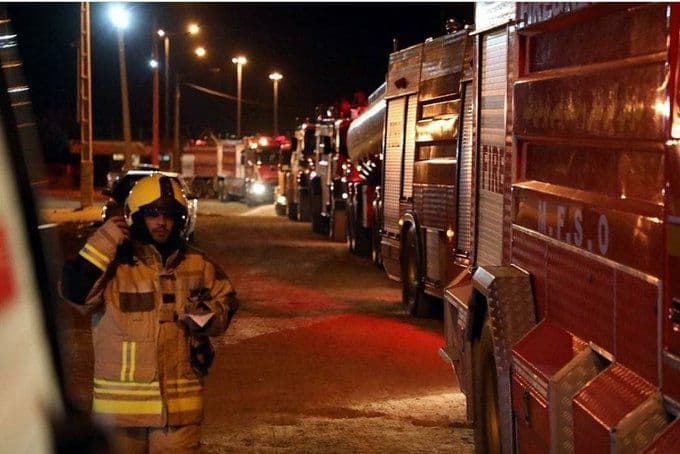 Afghan Deputy Foreign Minister for Political Affairs Meerwais Nab has thanked the Iranian government and organizations for their timely and effective assistance in the aftermath of the recent fire in Afghanistan’s Islam Qala.

In turn, Araqchi expressed the Iranian nation’s sympathy with the Afghan people over the recent fire, and said Iran stands by Afghanistan on the recent incident.

The two sides also conferred on the issues of mutual interest in bilateral relations as well as regional collaborations.

Tehran offered Afghanistan assistance to contain a conflagration caused by the explosion of a gas tanker on Iran-Afghanistan border.

Following the explosion at a gas tanker at the Islam Qala customs post on February 13, 2021 and the ensuing massive blaze there, the governor of Afghanistan’s Herat province contacted the governor of the northeastern Iranian province of Khorasan Razavi province and asked for help to contain the spread of the fire and prevent further harm to the installations as well as people at the border crossing, according to Iran’s Foreign Ministry spokesman Saeed Khatibzadeh.