Iran Front Page
Home Politics Foreign Policy Afghan People Have Every Right to Be Opposed to War after 40... 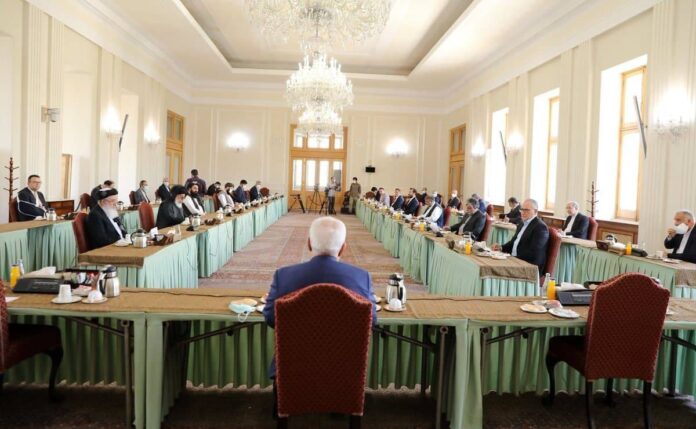 Iranian Foreign Minister Mohammad Javad Zarif says the people of Afghanistan have been in pain in the past 40 years and now have every right to be opposed to the continuation of war.

Zarif made the remarks in an address to the final meeting of the first round of intra-Afghan talks among the heads of delegations representing the Taliban group and prominent figures supporting the Republic system in Afghanistan, which wrapped up in Tehran with a a six-article communique.

In his speech, Foreign Minister Zarif thanked both delegations for giving priority to the peace, convenience and welfare of the Afghan people in their talks.

“Courage in peace is more important than courage in war, because peace needs sacrifice and forgiveness, needs ignoring one’s maximal demands, and paying attention to the other side’s demands, especially in these talks where there is no other side, and both sides are brothers seeking peace and calm for the Afghan nation,” Zarif said.

“What I ask you is that use this opportunity and end the war in Afghanistan as soon as possible, and provide the Afghan people with the chance to develop,” he added.

“The Islamic Republic of Iran is always ready to facilitate your talks in any way you prefer,” Zarif noted.

In their comments, the two representatives supported the other side’s round-up of the peace talks.