A Look at Iranian Newspaper Front Pages on September 8

IFP has taken a look at the front pages of Iranian newspapers on Tuesday, September 8, 2020, and picked headlines from 10 of them. IFP has simply translated the headlines and does not vouch for their accuracy.

* Majidi Speaks Out against US Sanctions 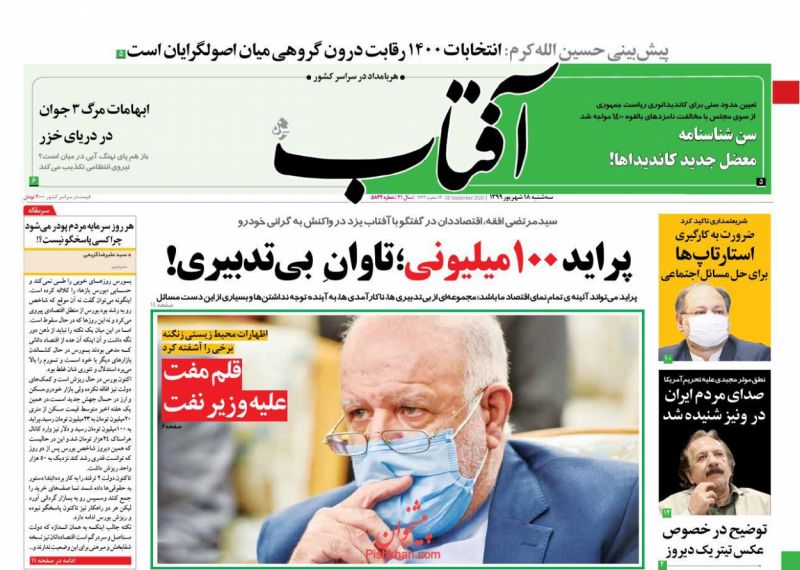 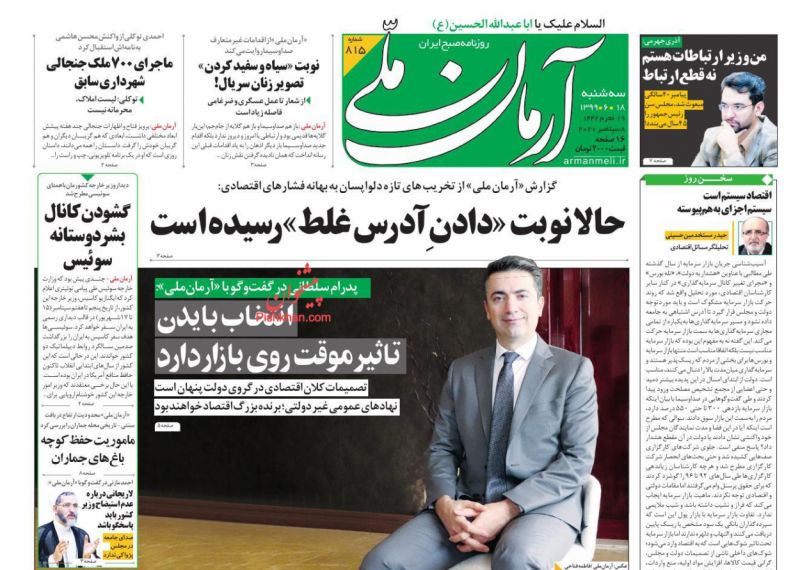 2- Unbelievable Incident in US Open: Djokovic Kicked Out of New York 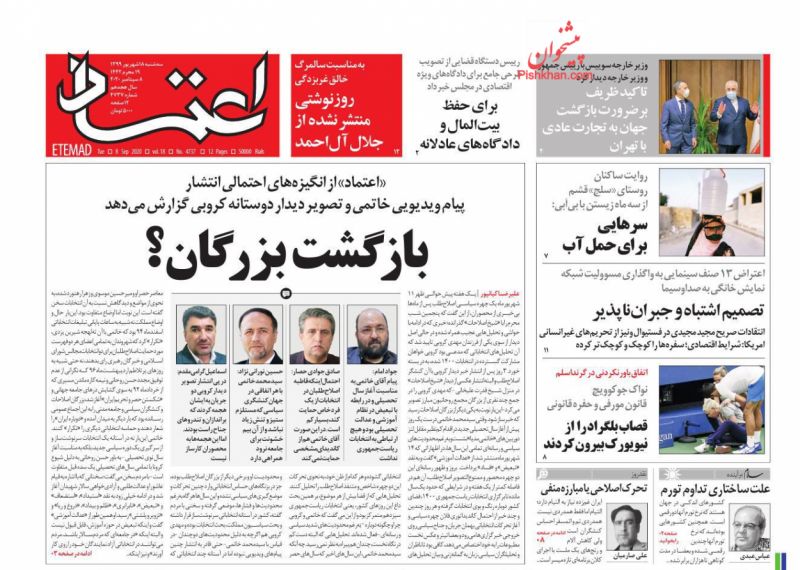 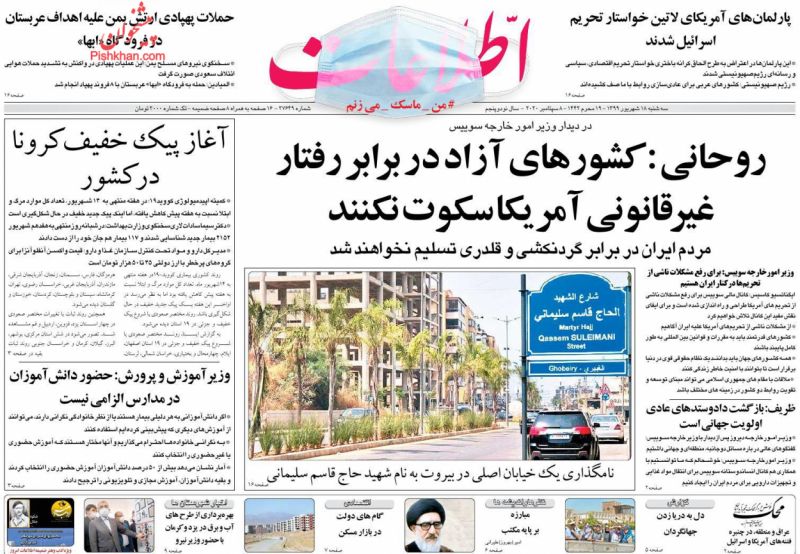 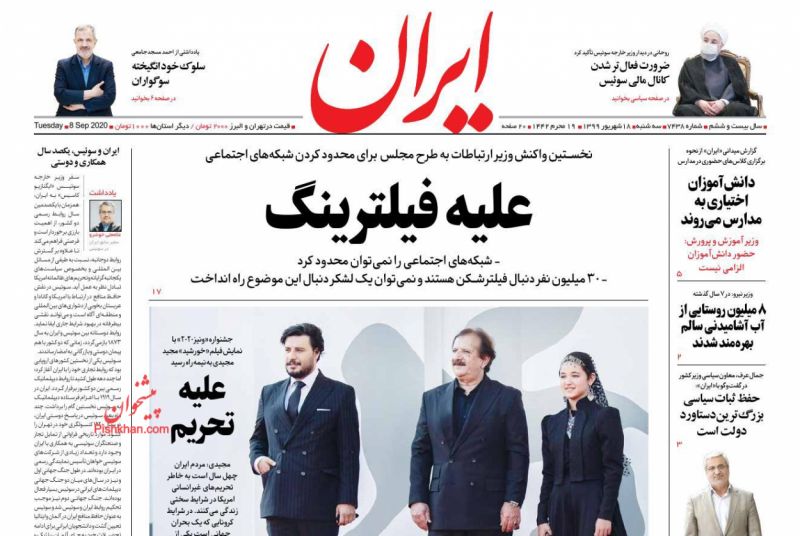 1- Europe Doesn’t Come Closer than This!

2- US Police May Take Your Life Every Moment! 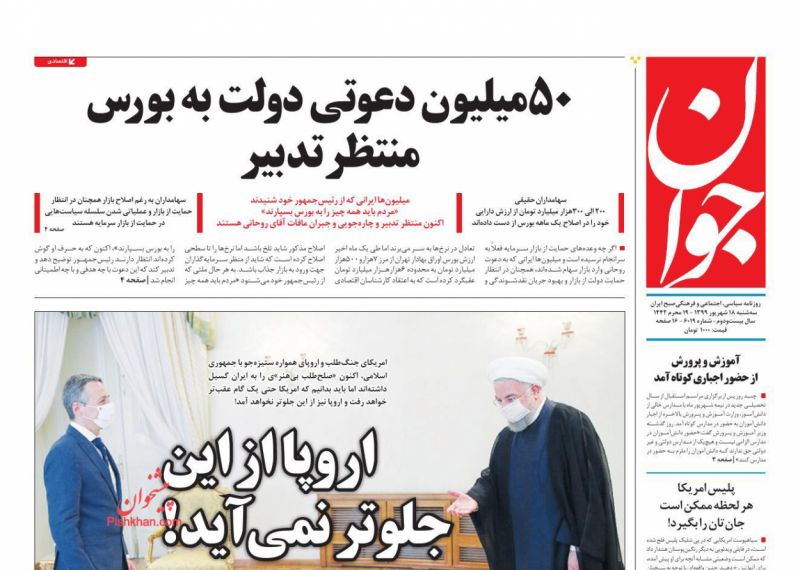 1- Prices Going Up in Absence of Prudence 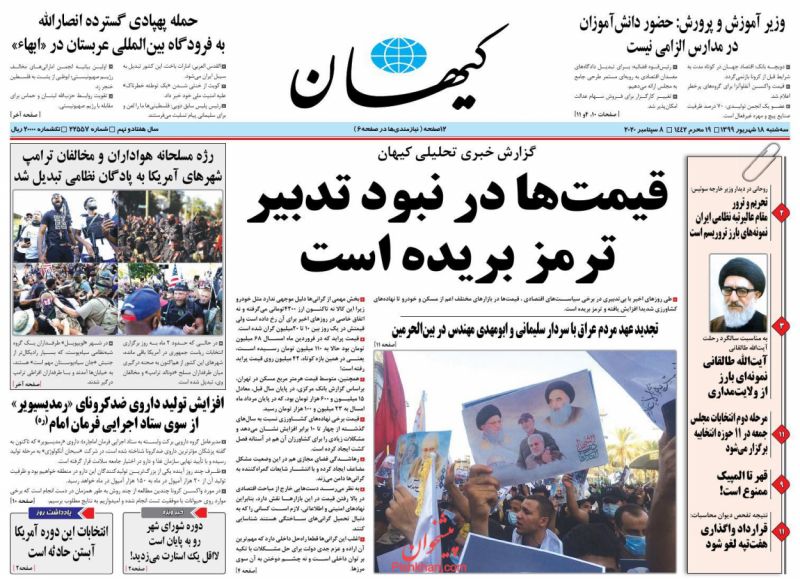 2- History Shows Iranian People Won’t Give in to Bullying: Rouhani to Swiss FM 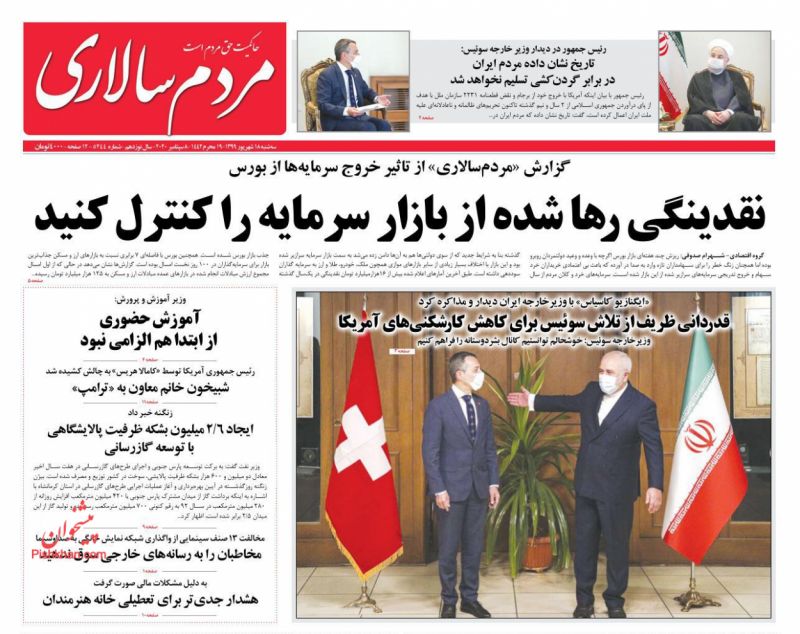 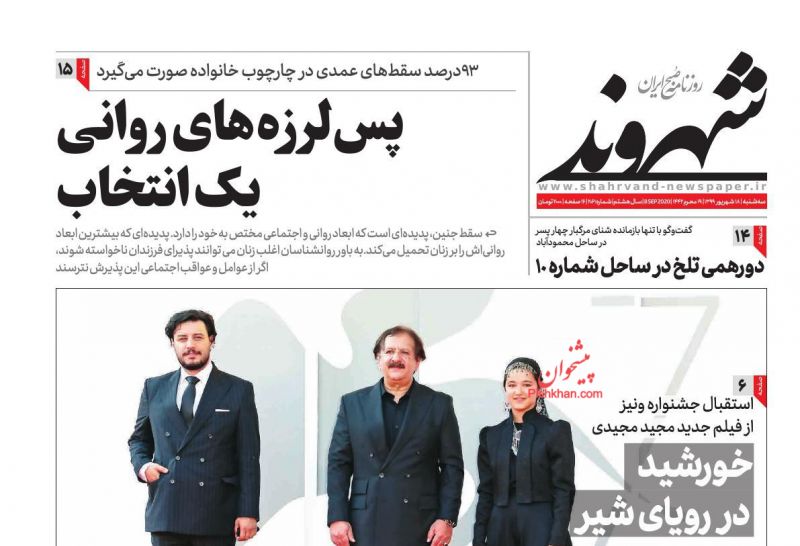 1- Any Day US Repents of Its Mistakes, Path Would Be Open for It: Rouhani

3- Racism in US Elections [Editorial] 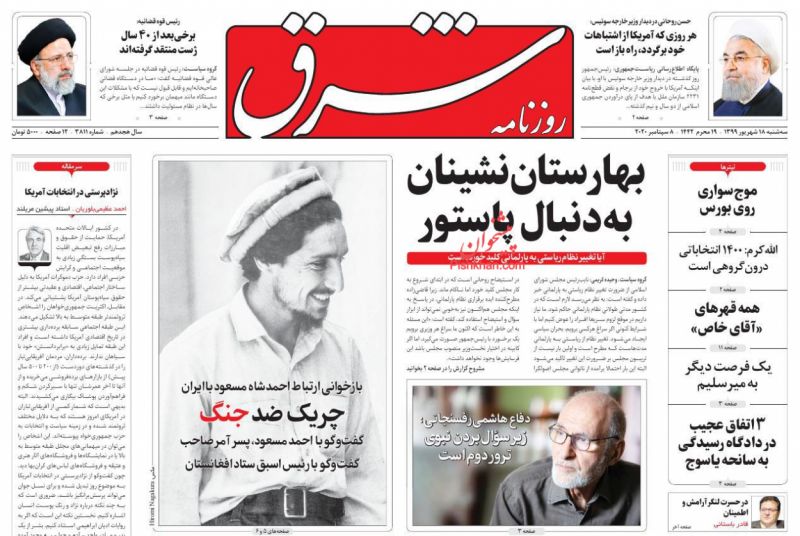