IFP has taken a look at the front pages of Iranian newspapers on Wednesday, October 28, 2020, and picked headlines from 15 of them. IFP has simply translated the headlines and does not vouch for their accuracy.

1- Gov’t Spokesman: It Makes No Difference to Iran Who’ll Win US Elections

1- US, Israel Plot to Besiege Iran to End Up in Bigger Failure: Official 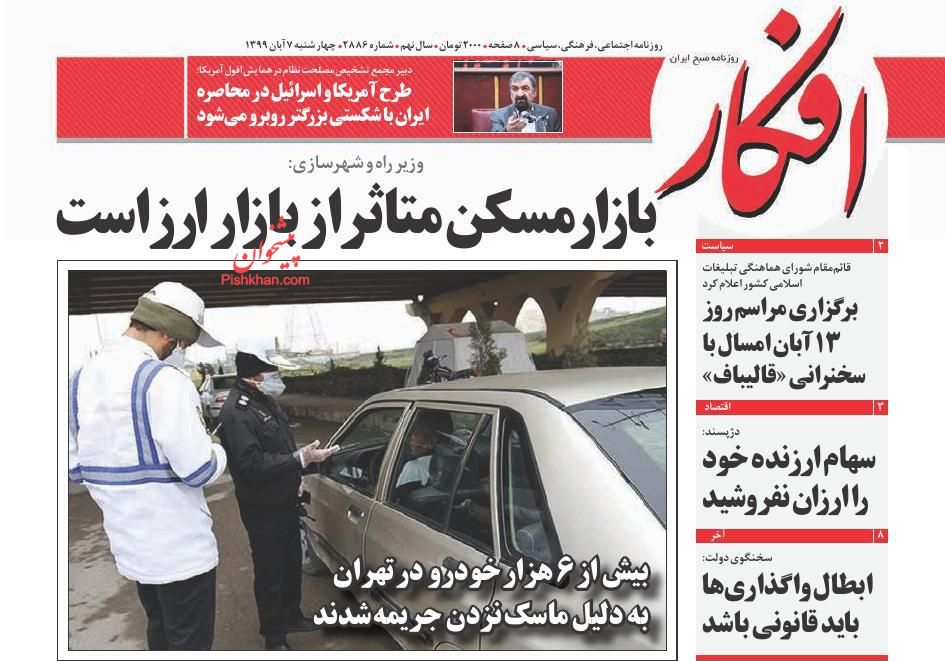 1- Why Zangeneh? US Move to Ban Iran’s Oil Minister Widely Covered in World

1- Iran Has Nothing to Do with US Elections: Spokesman

2- Unknown Virus May Be Involved in Death of Migratory Birds

* Will We See Mass Deaths of Birds in Iran’s Gorgan Gulf Again?

2- Oil Minister: I Sacrifice My Life, Assets, Reputation for Iran

3- Coronavirus Breaks All Records on Tuesday

1- Muslim World to Make Those Who Offended Prophet Muhammad Regret

2- Fire Set to US Ballot Boxes: Texas on Standby to Suppress Protesters

1- Big Victory on Verge of US Elections: Trump Sends Third Conservative to US Supreme Court

2- Oil Minister: Sanctions on Me Are Washington’s Passive Reaction

1- Why Rouhani and Zarif Don’t Talks about French Government’s Insult to Prophet Muhammad?