IFP has taken a look at the front pages of Iranian newspapers on Wednesday, July 24, 2019, and picked headlines from 11 of them. IFP has simply translated the headlines and does not vouch for their accuracy.

2. Chinese Company Hit by US Sanction for Iranian Oil Purchase

3. Trump: US Could Wipe Afghanistan Off Face of Earth

4. Rouhani at A Meeting of Iran-Iraq High-Ranking Delegations: Regional Problems Must Be Resolved Through Dialogue, Cooperation among Neighbors 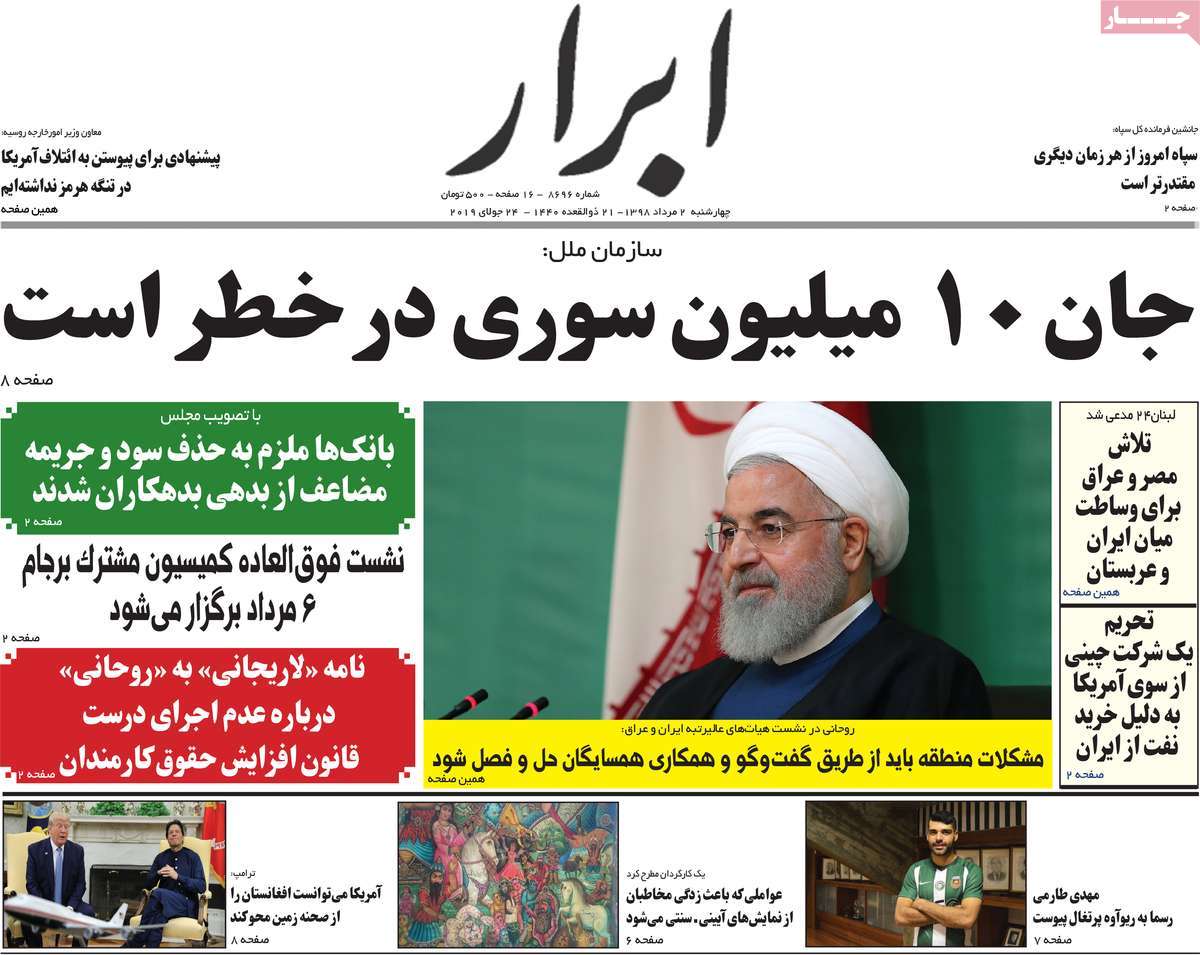 2. France’s Foreign Minister: We Will Try to Enhance Security of Persian Gulf Waters 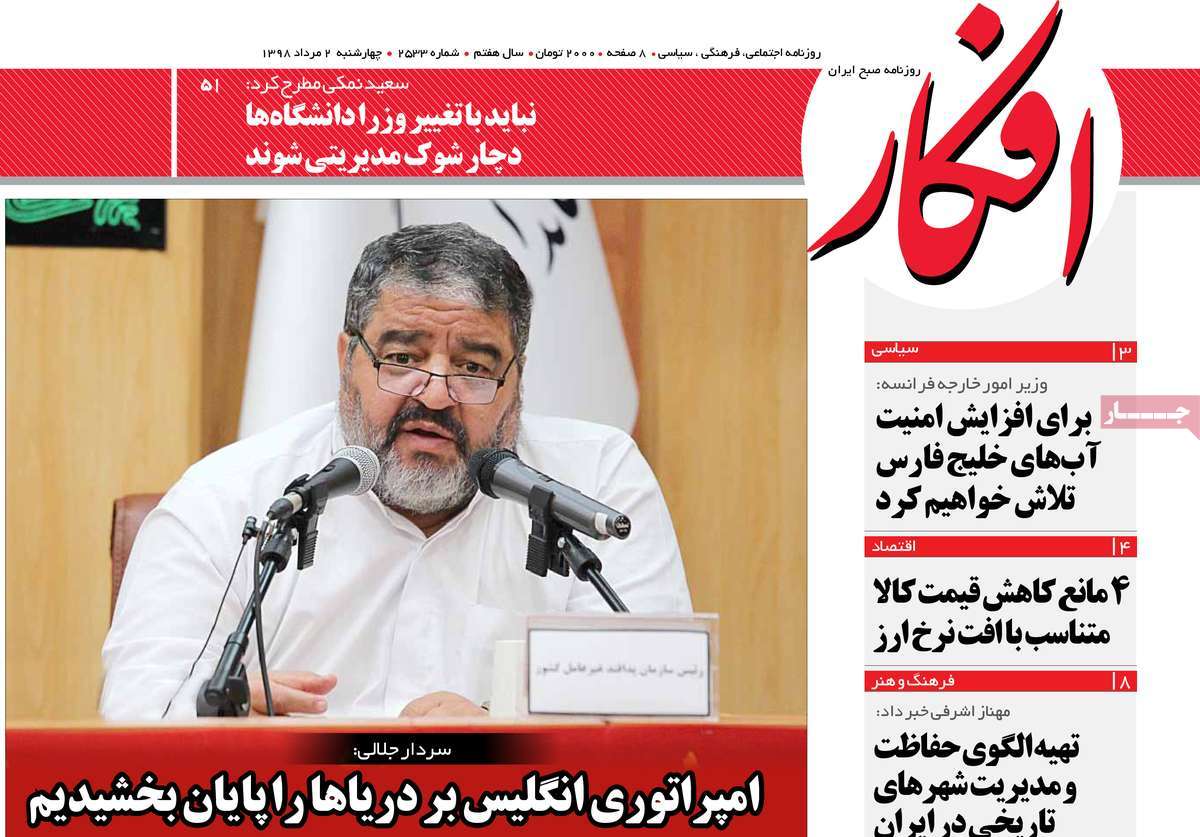 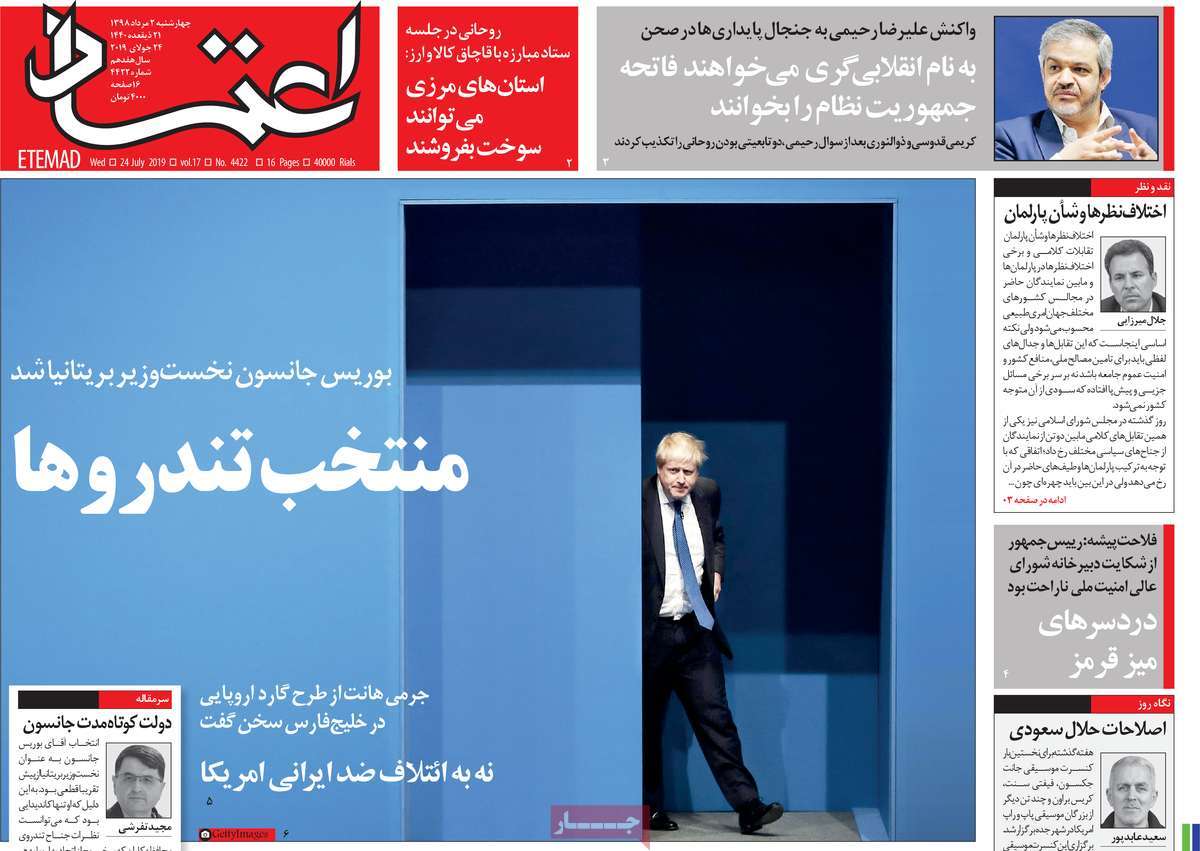 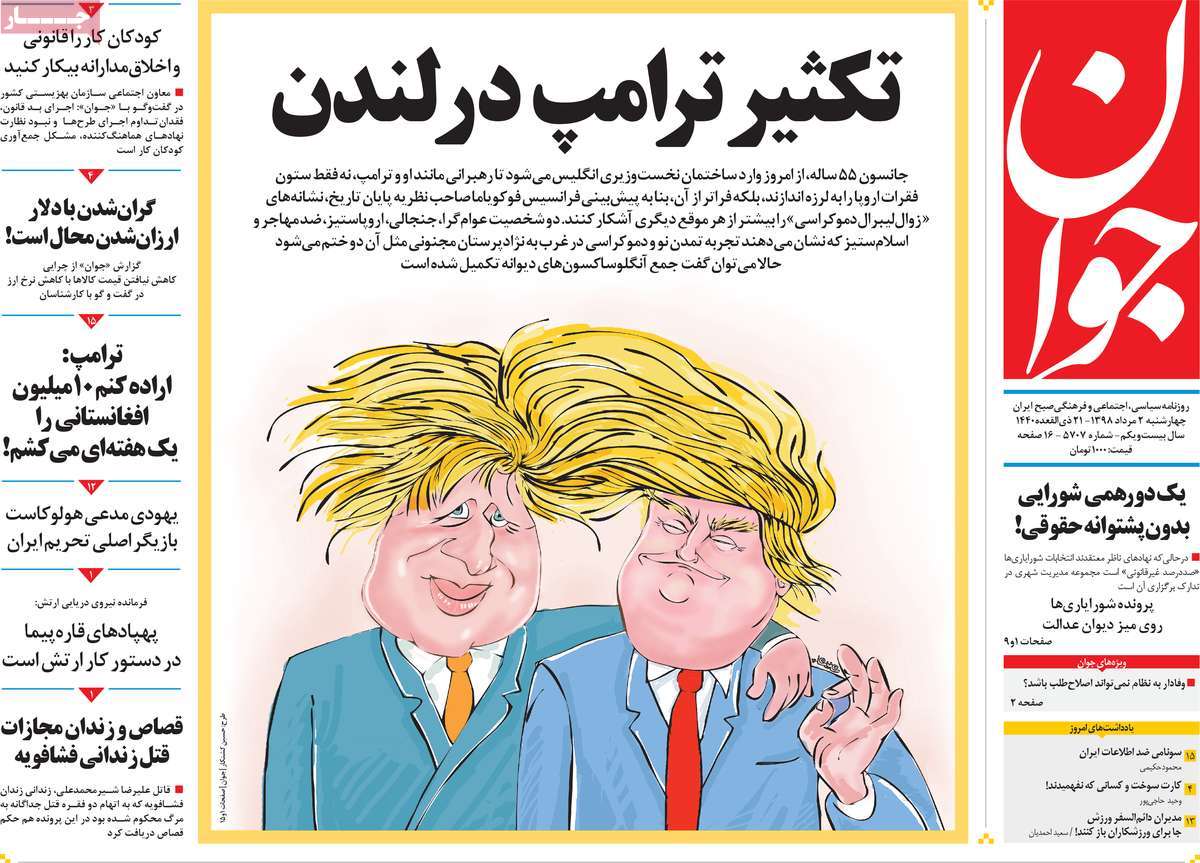 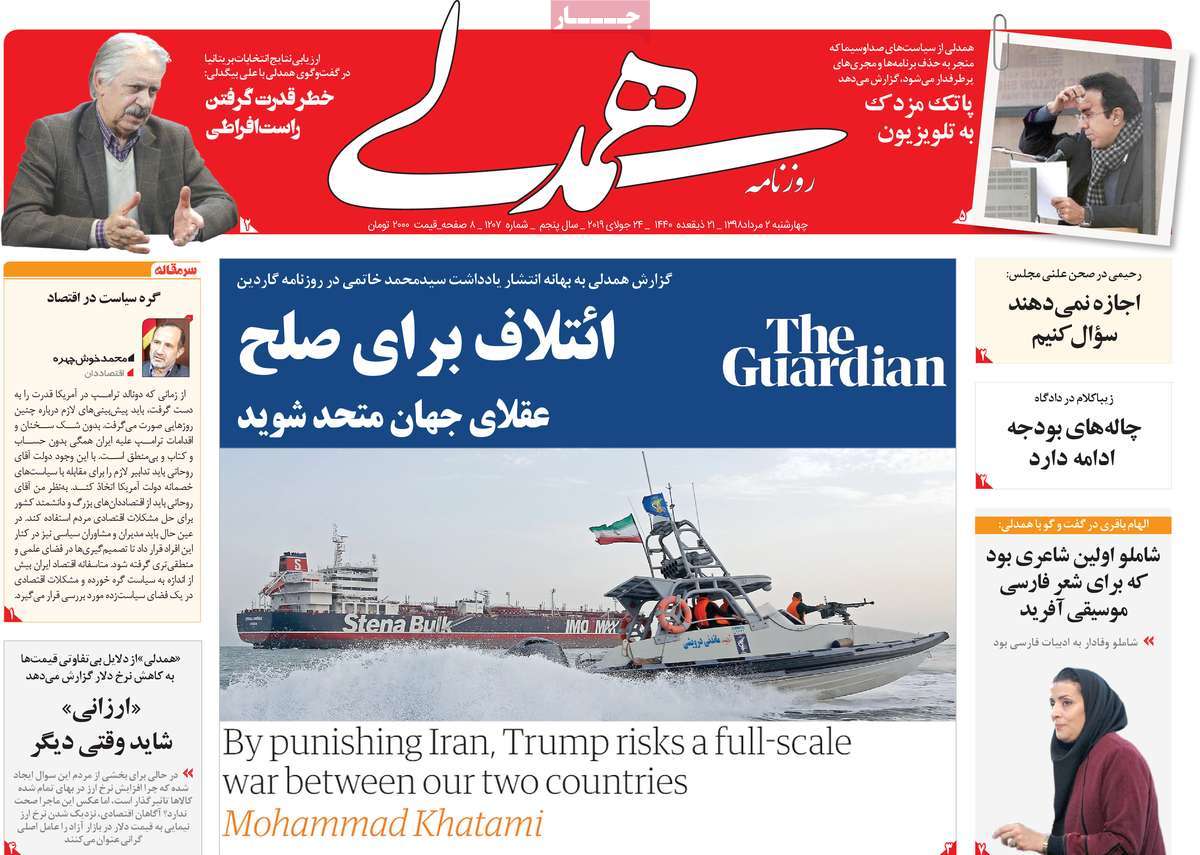 2. UK Pleads for Iraqi Help to Settle Standoff with Iran

3. Adil Abdul-Mahdi at A Meeting of Iran-Iraq High-Ranking Delegations: Iraq Will Be Never Involved in Sanctions on Iran 1. Boris Johnson has been elected new Conservative leader and will be appointed by the Queen as the UK prime minister today, following Theresa May’s resignation. But who is Johnson and how similar is he to Trump? 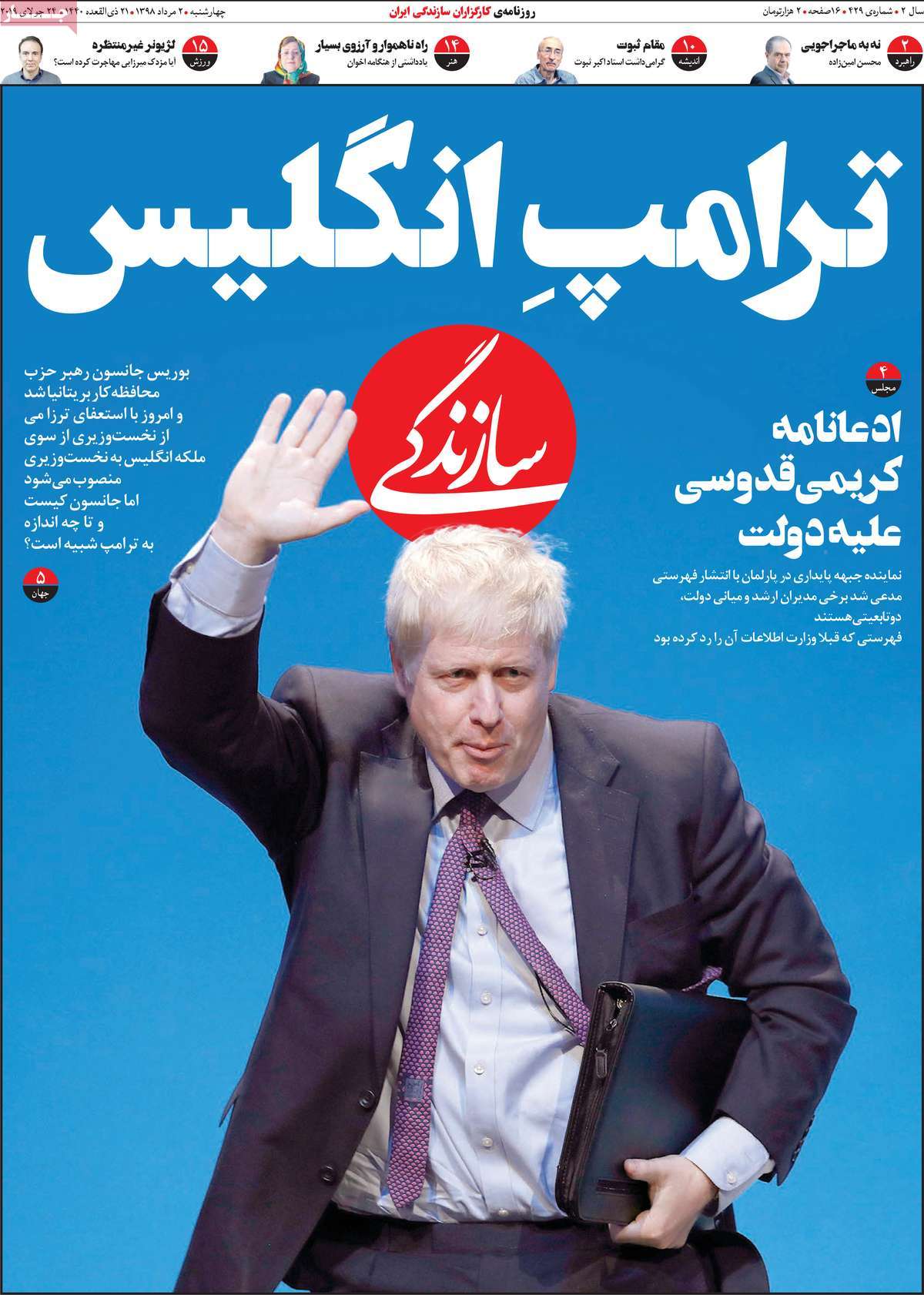 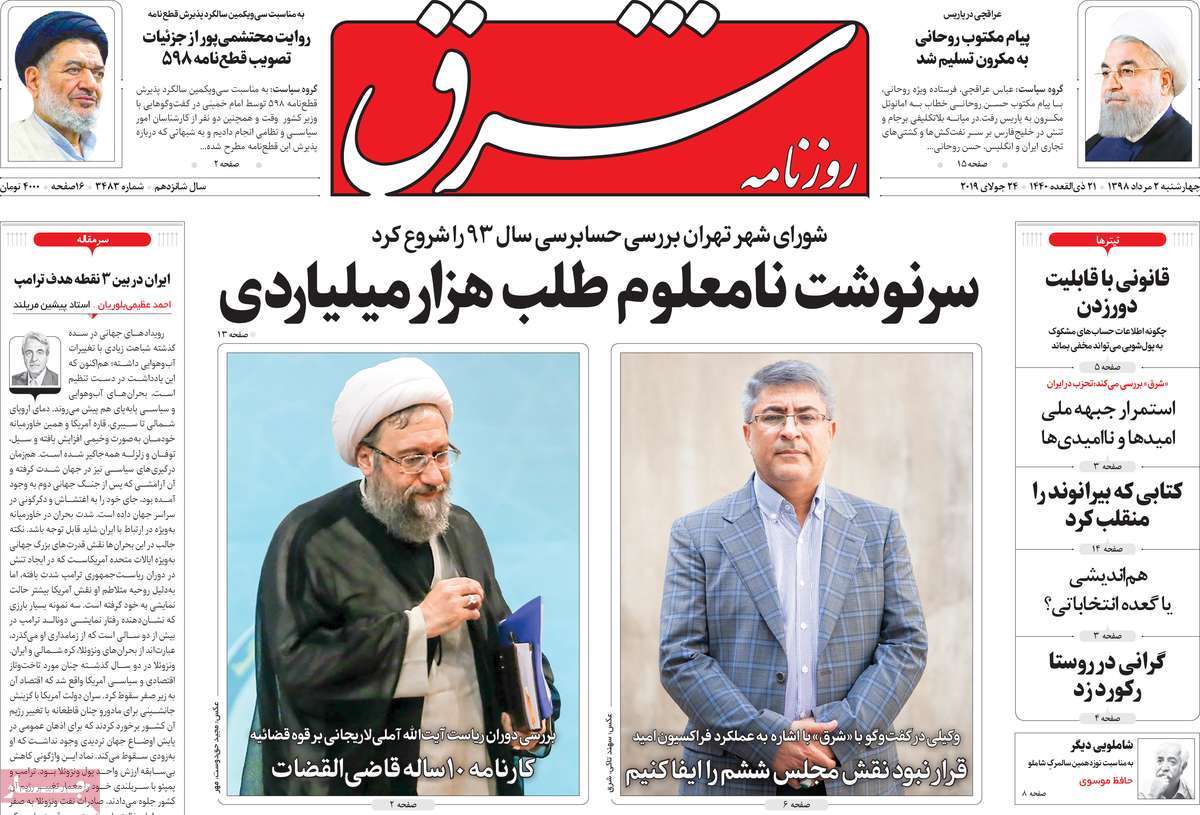