A look at Iranian newspaper front pages on Jan 25

IFP has taken a look at the front pages of Iran newspapers on Monday and picked headlines from 21 of them. IFP has simply translated the headlines and does not vouch for their accuracy. 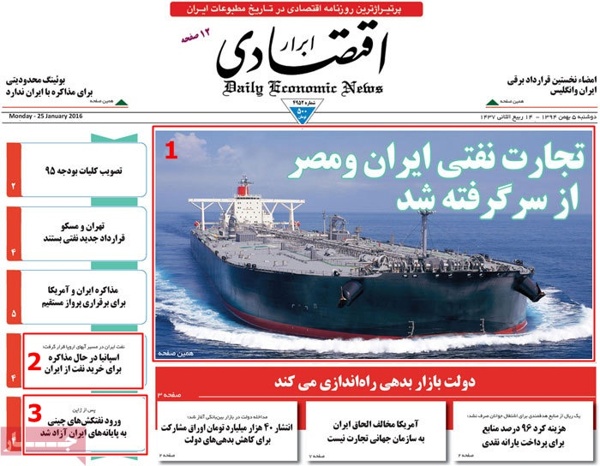 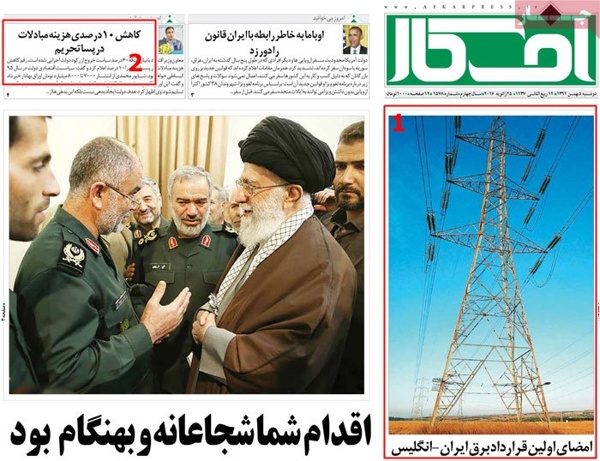 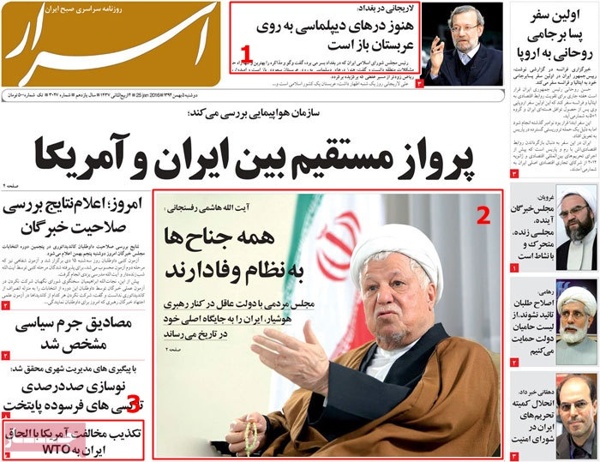 1- Leader to IRGC Navy: Your action was courageous, timely 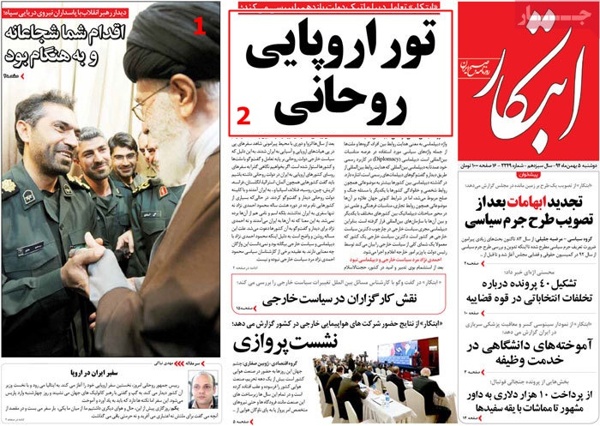 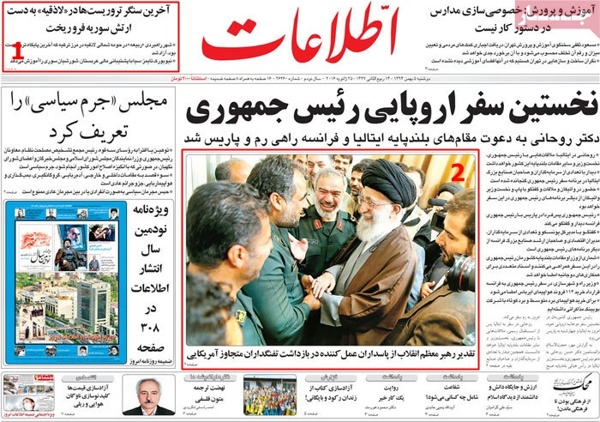 Iranian judiciary said Sunday that around 100 suspects, including the person who provoked the attackers to ransack the Saudi embassy in Tehran earlier this month, are arrested.

3- Aviation industry giants on Tehran mission; First Boeing arrived to Tehran on Jan 24, 1969; now aviation giants have arrived to the city the same day in 2016. 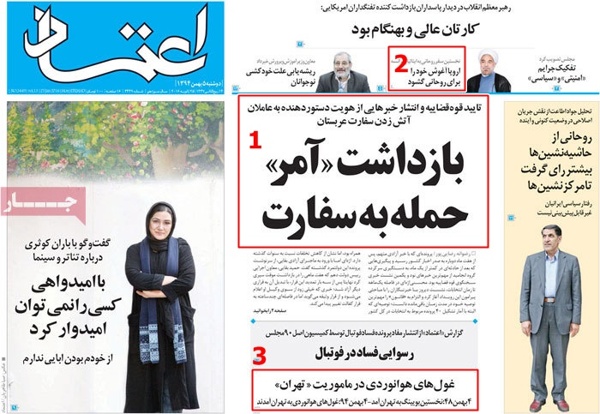 Babak Zanjani in the first castle

The removal of banking restrictions on Iran finalized the fate of IRR 100 billion of lost money in oil deal with billionaire debtor to Iran’s petroleum industry. Around 100 suspects associated with the Saudi embassy attack in Tehran earlier this month have been arrested.

2- What was the primal message of John Kerry’s assertions in a meeting with Adel al-Jubeir ? 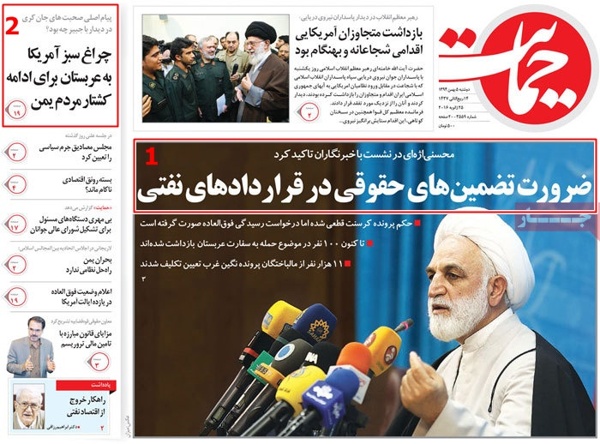 1- Foreign tankers sail back to Iran 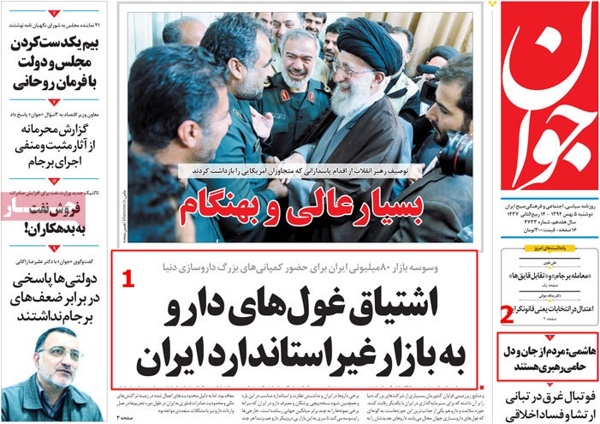 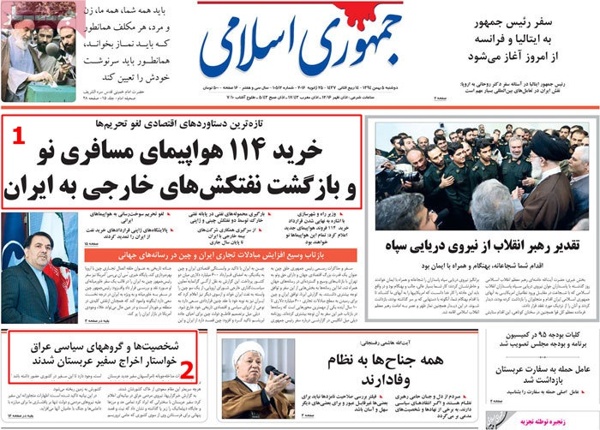 Stockholders are optimistic about the market’s recovery in the post-sanctions setting and arrival of fresh finances in the country. 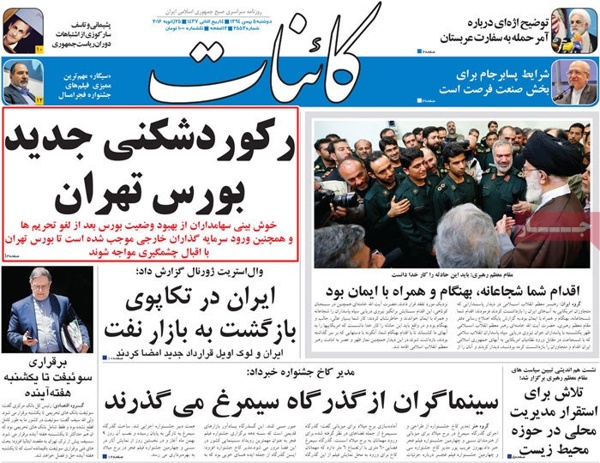 1- Analysis: Prudence in post-sanctions economy; boosts in domestic production or tsunami of imports? 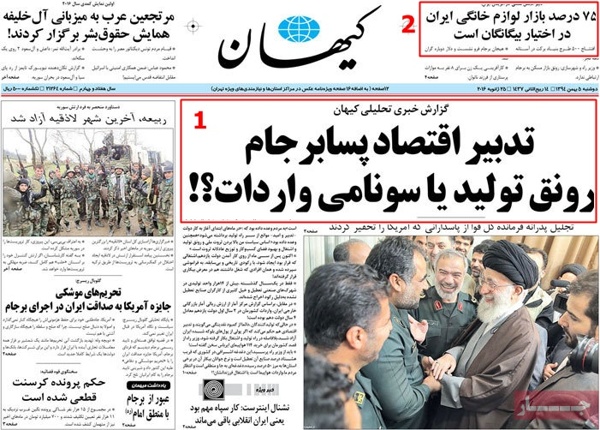 Mohammad Sarafraz, head of the Islamic Republic of Iran Broadcasting (IRIB), said the US has officially allocated budgets for toppling Iran’s Islamic establishment.

“The real extremist is one who lays no hope on national strength and trusts the US.” 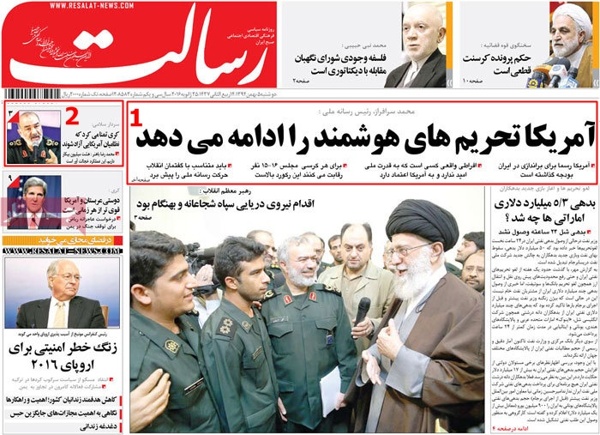 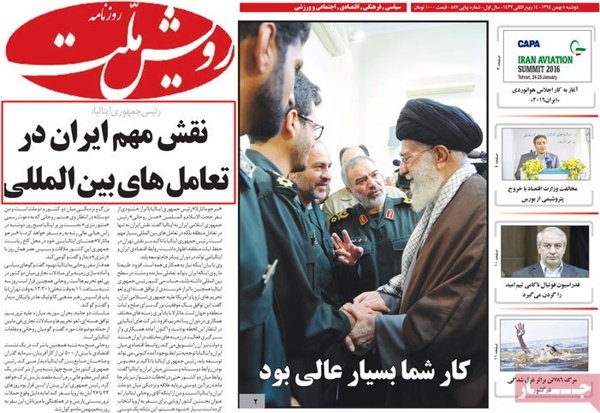 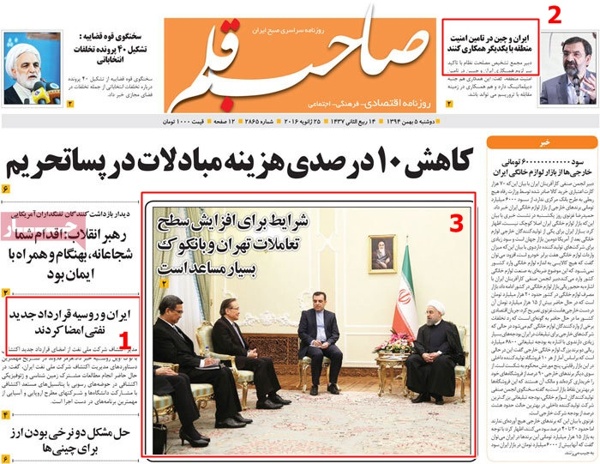 – A red carpet beneath Iran’s feet 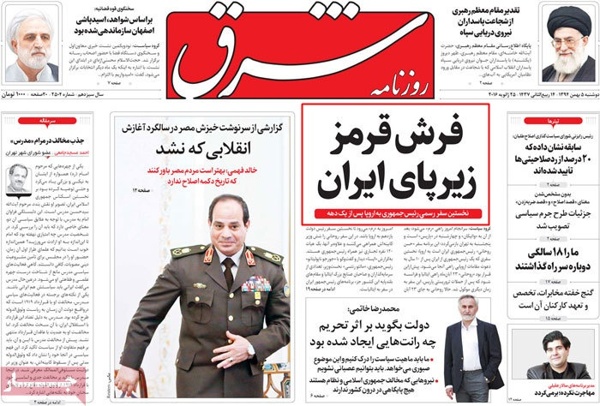 Riyadh fumes with regards to US stance in Iran-Saudi tensions. 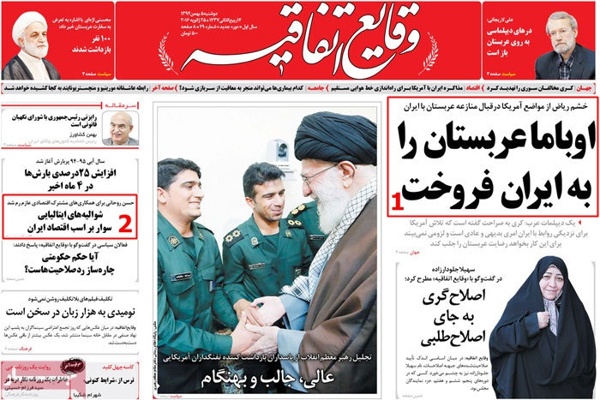