IFP has taken a look at the front pages of Iranian newspapers on Monday, April 8, 2019, and picked headlines from 18 of them. IFP has simply translated the headlines and does not vouch for their accuracy.

The top story in all papers today was the reaction of top Iranian officials to rumours of Washington’s bid to label the Islamic Revolution Guards Corps (IRGC) as a foreign terrorist organization.

The visit of Iraqi Prime Minister Adel Abdul Mahdi to Tehran, and the reports of his mission to mediate between Tehran and Riyadh also received great coverage.

Several papers also covered the negative impact of US sanctions on the delivery of international humanitarian aid to the flood-hit people of Iran.

1- US Troops Same as ISIS

2- Iran Blames US Government for Destructive Consequences of Floods 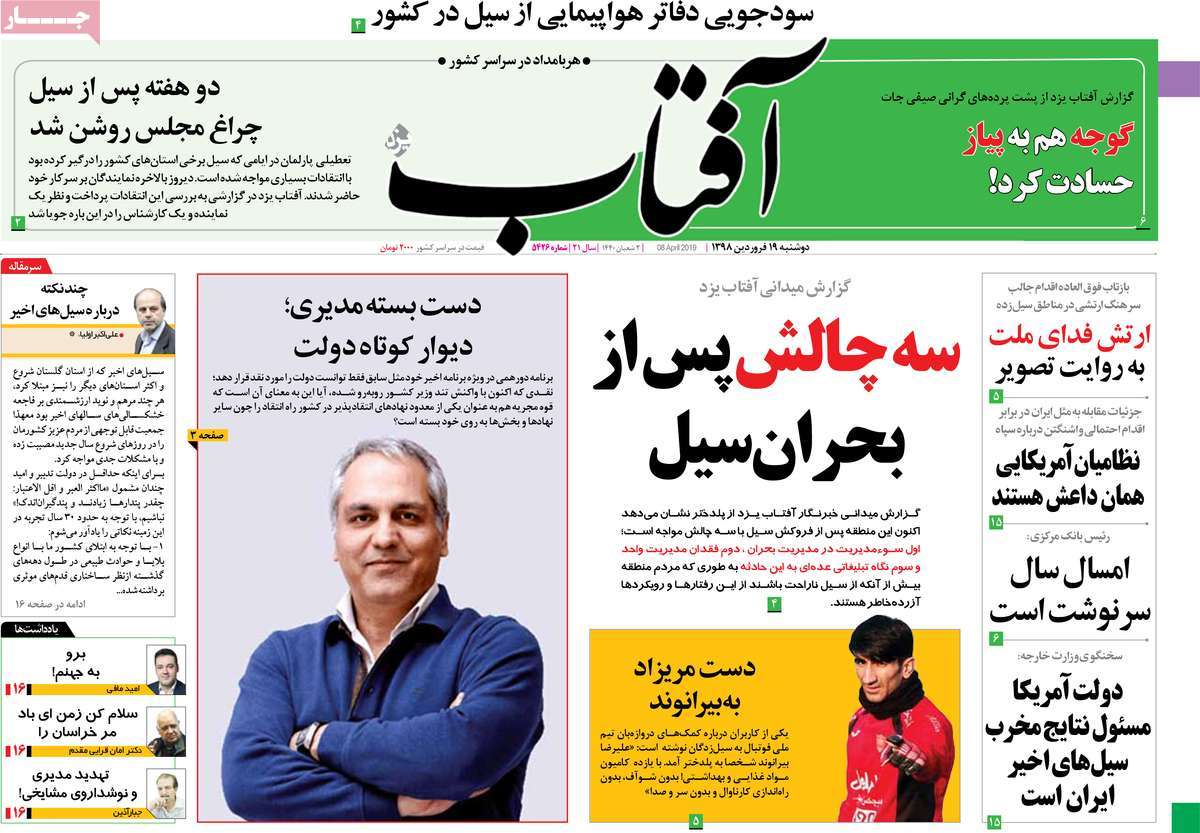 1- Iraq to Mediate between Iran, Saudi

2- Rouhani: US Dollar Rate Would Be IRR 60,000 If Sanctions Removed 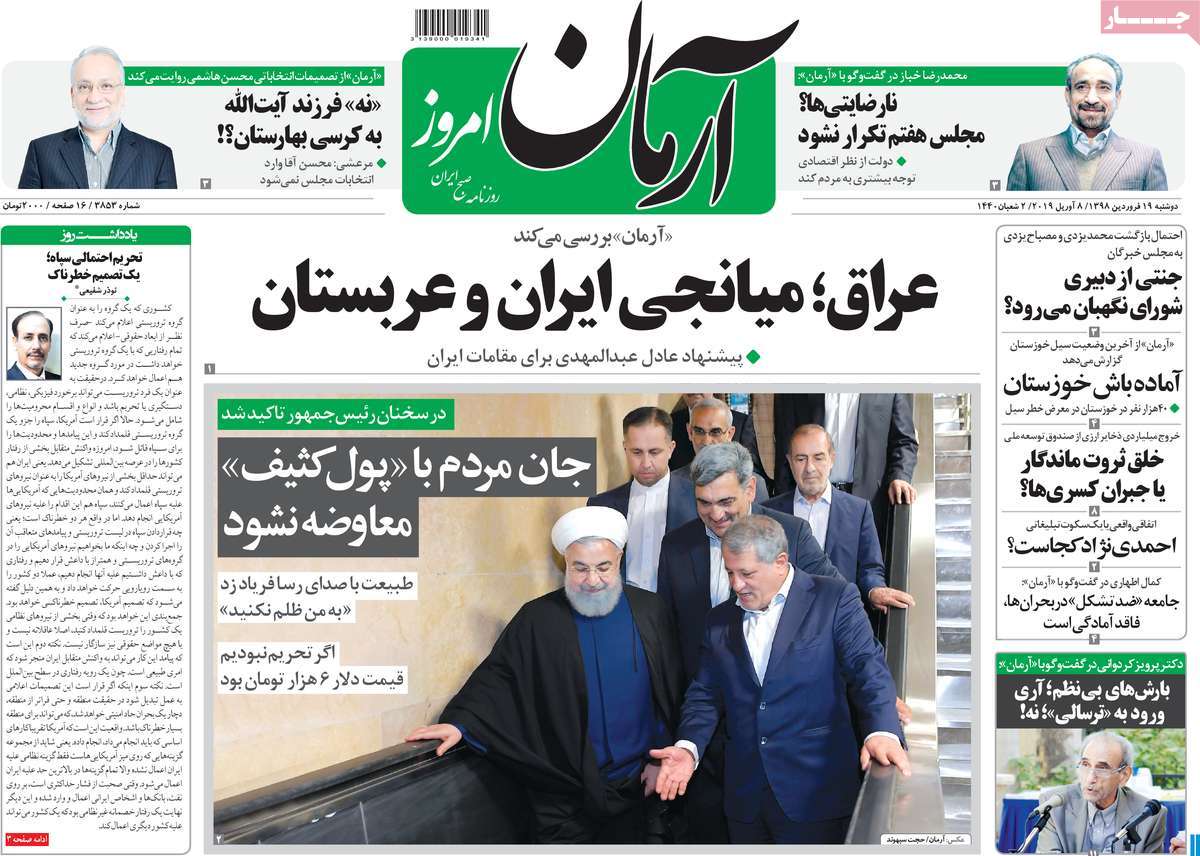 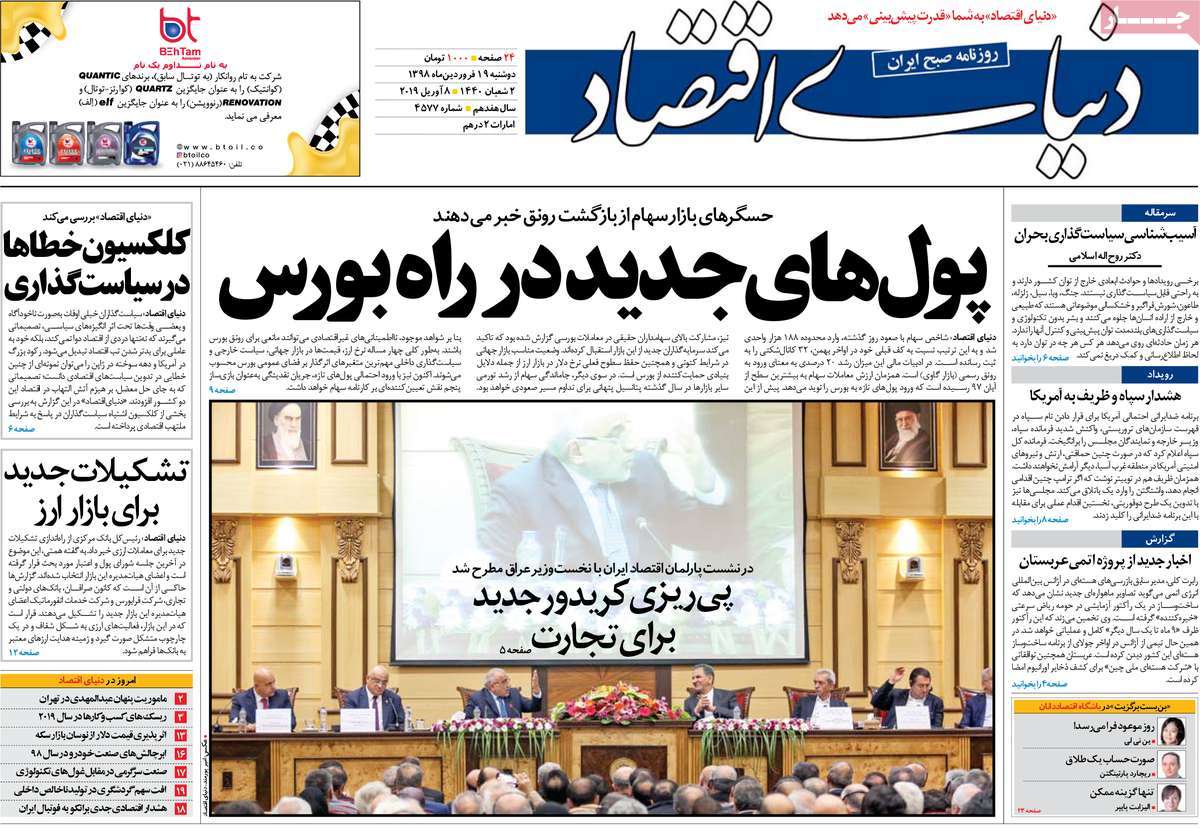 1- Rouhani: Flood Was Voice of Nature Which Said ‘Don’t Oppress Me’ 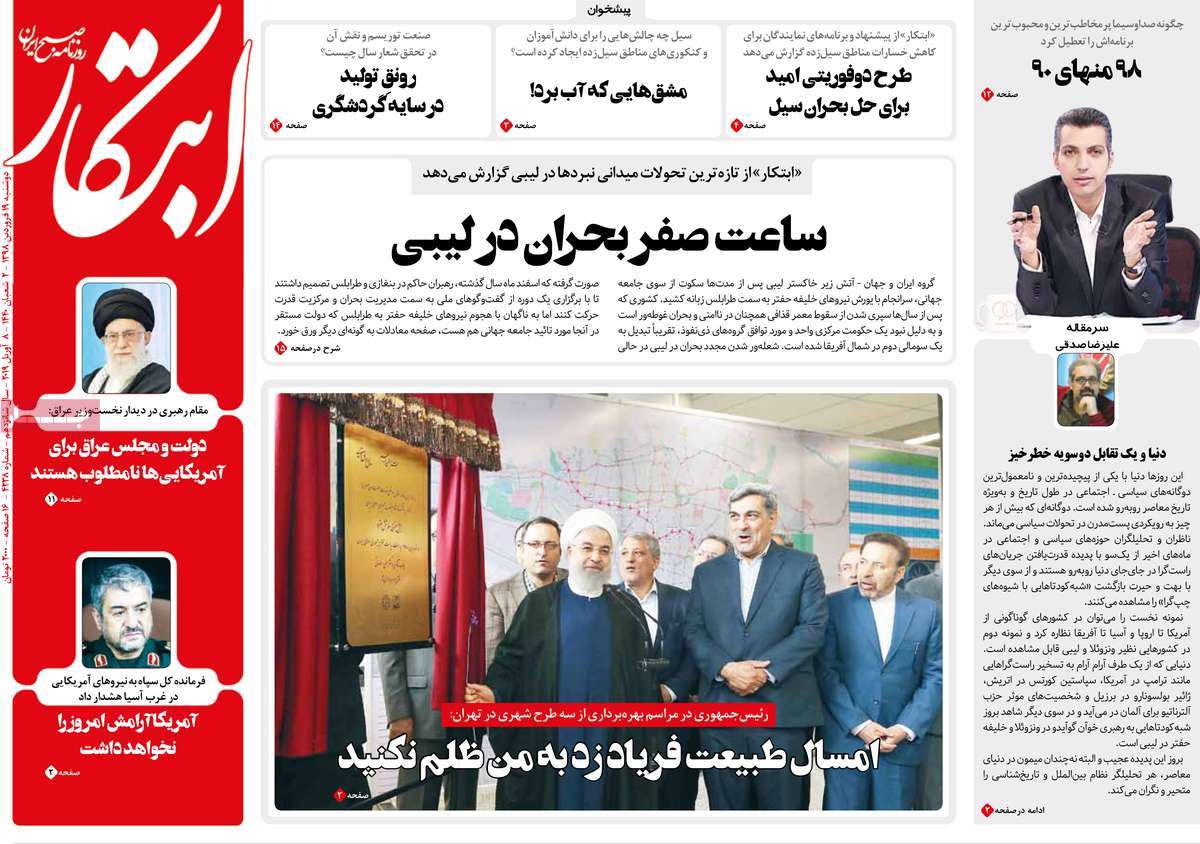 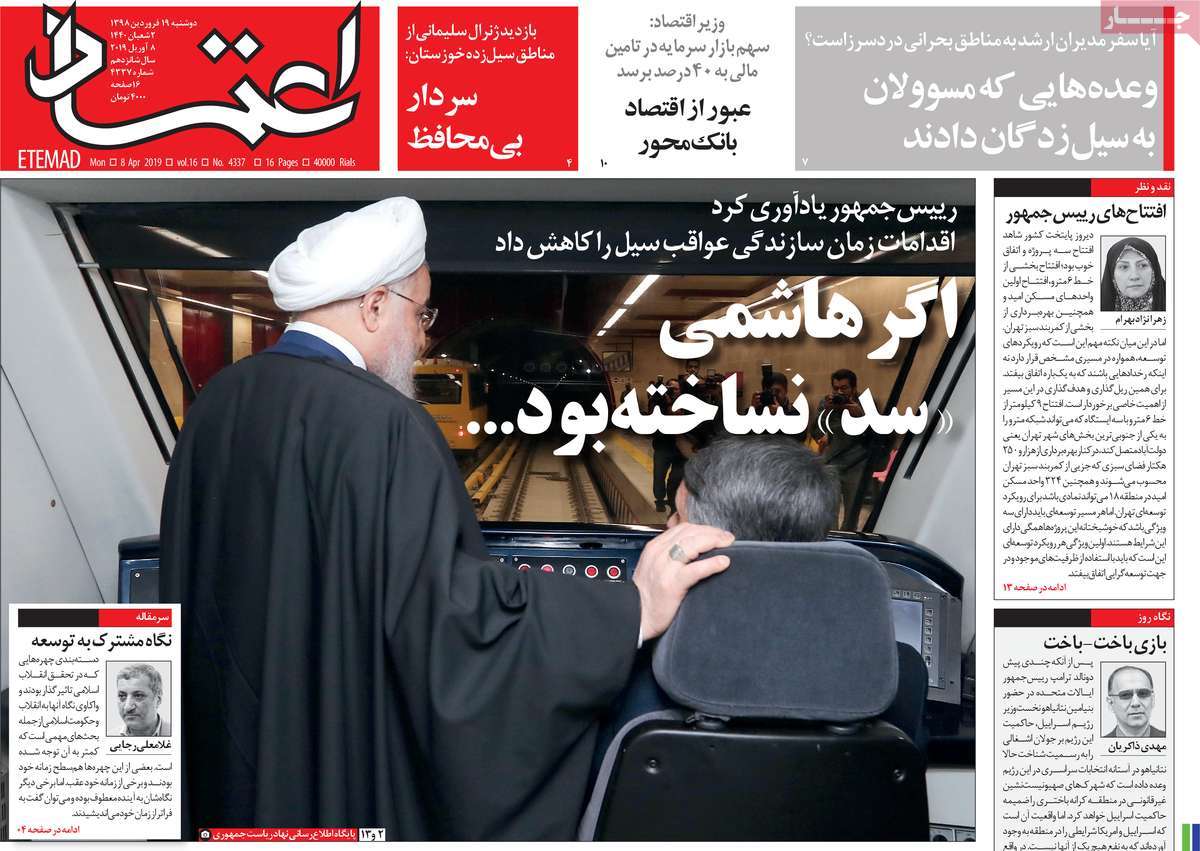 2- Iran Warns US against Consequences of Blacklisting IRGC 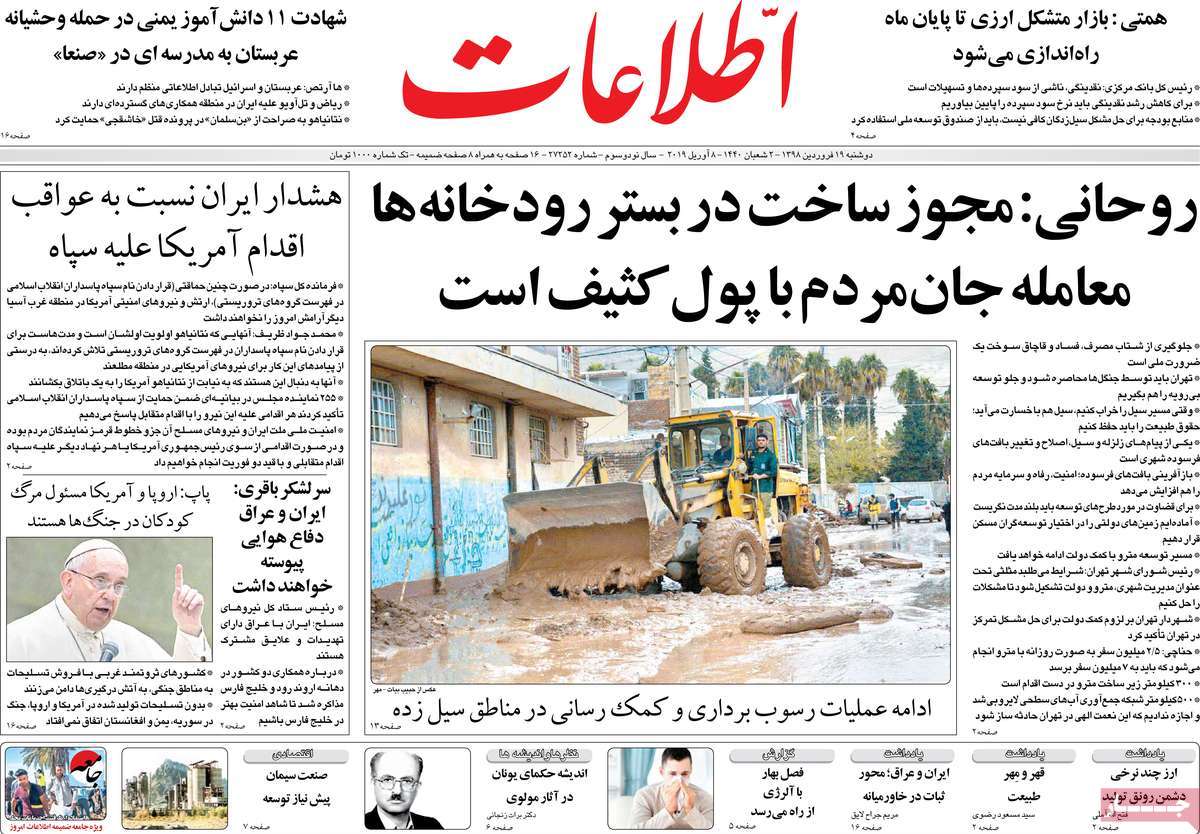 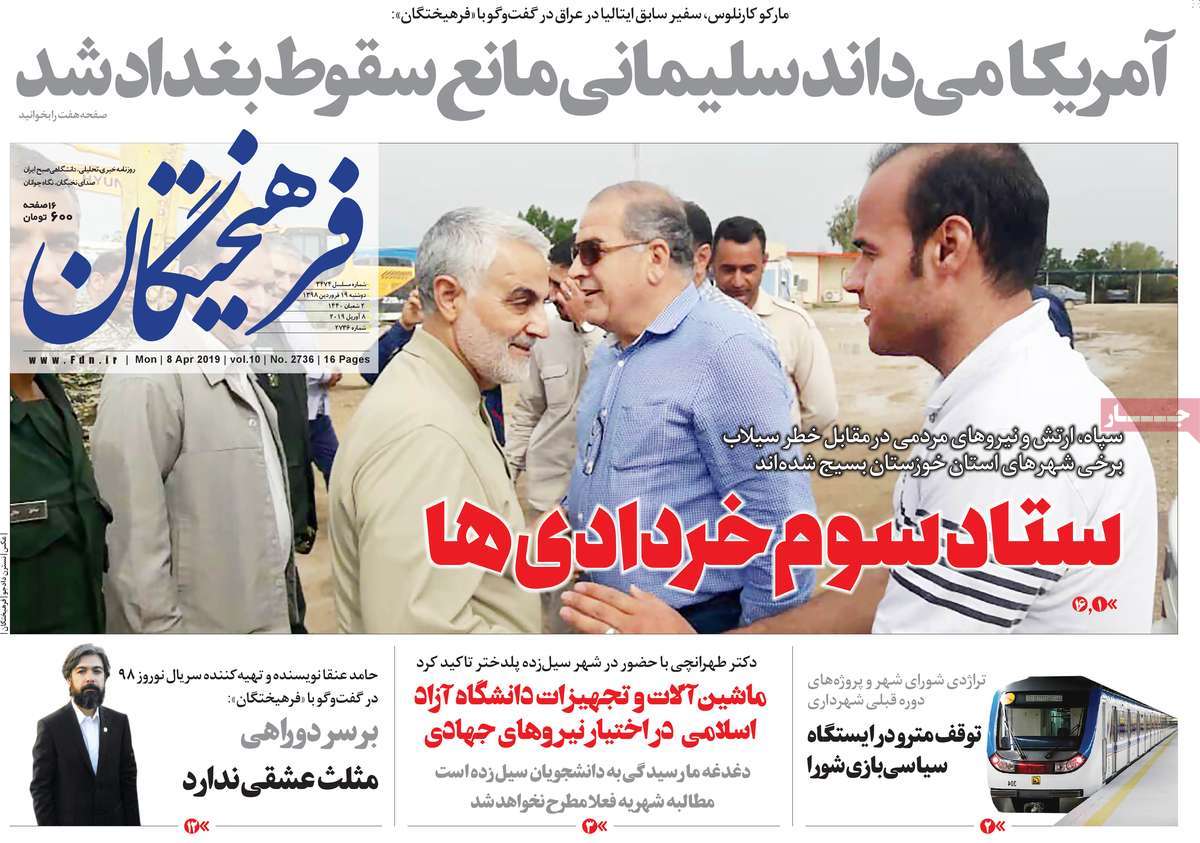 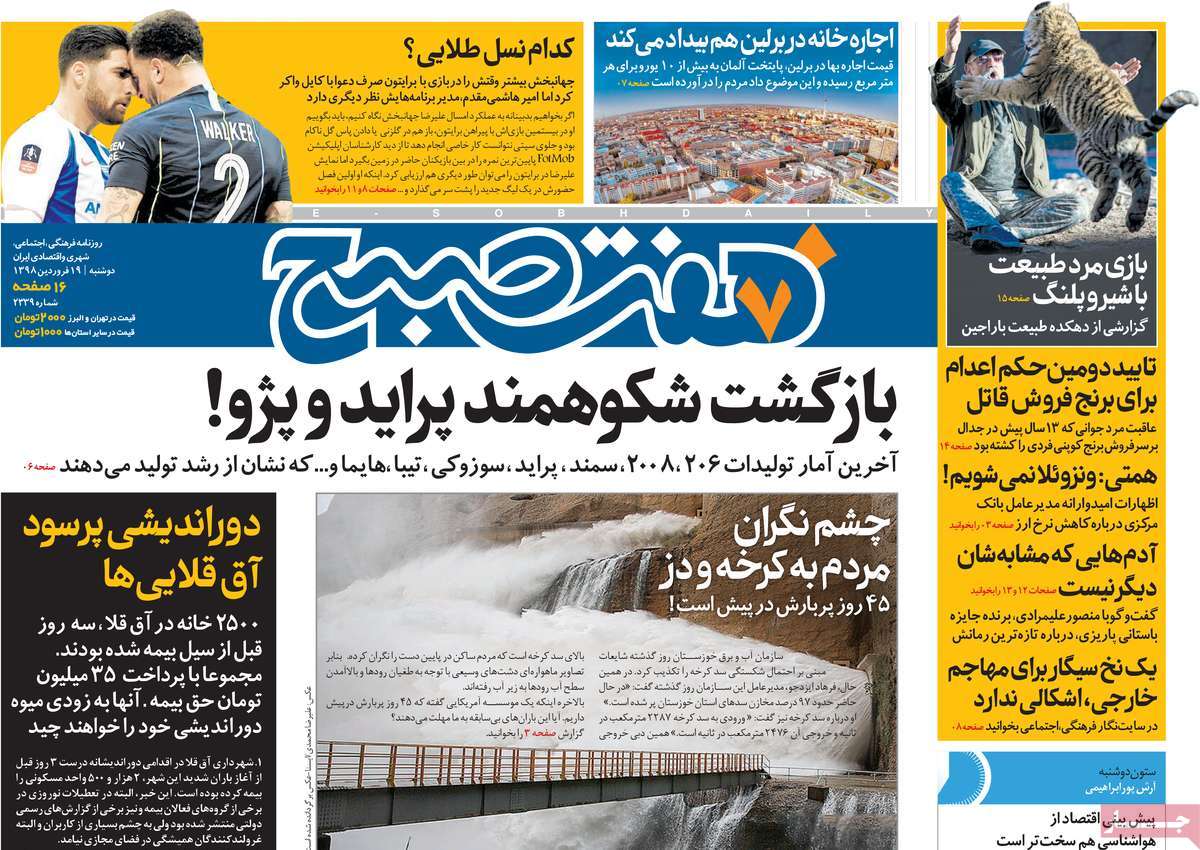 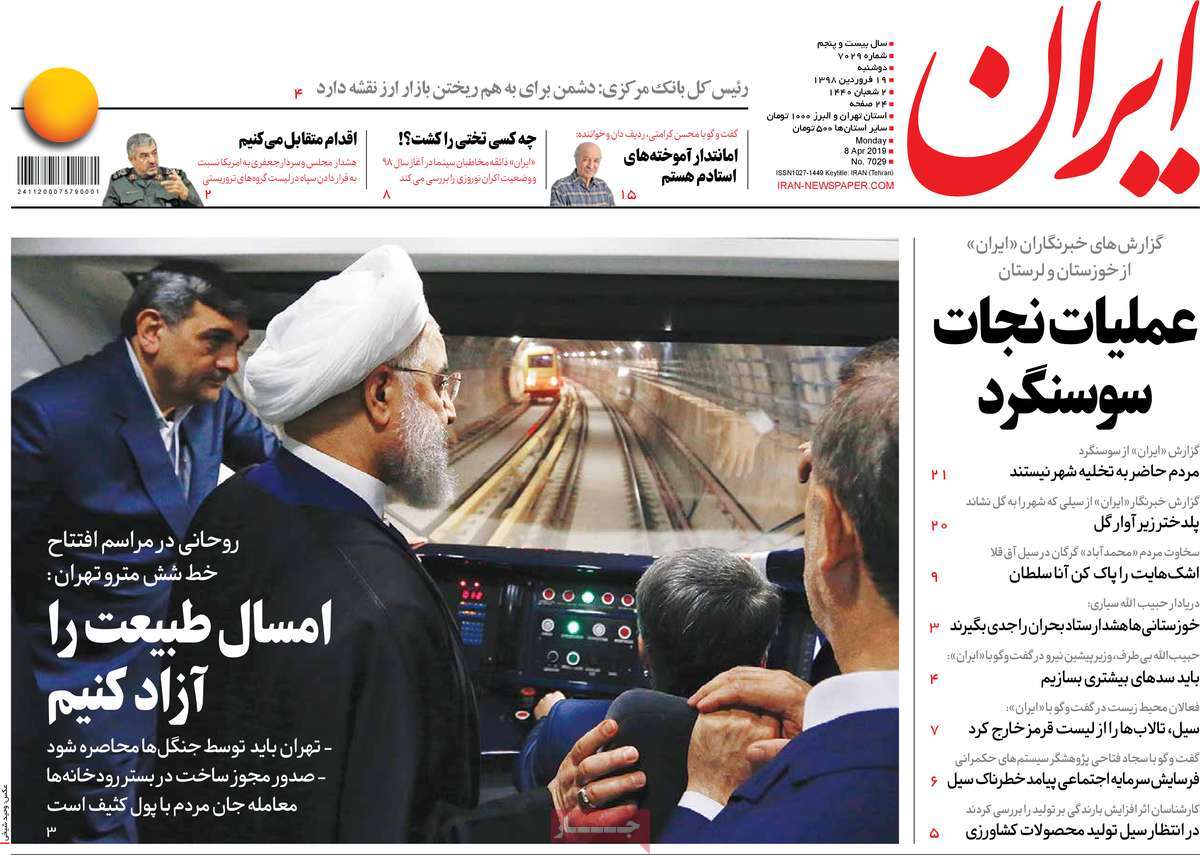 3- IRGC Chief: No More Calm for US Troops If They Do Stupid Move

4- Iraq Doesn’t Want to Be Part of US Sanctions on Iran: PM 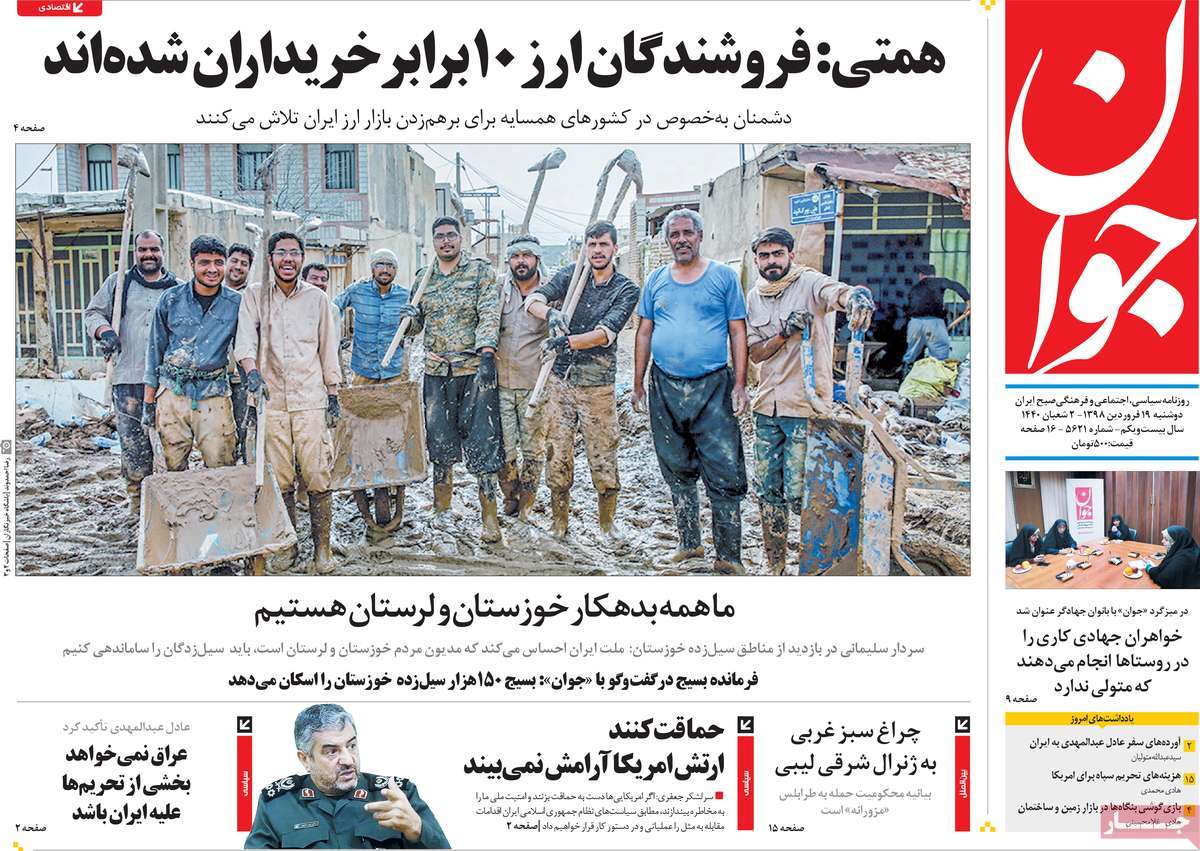 1- Rouhani: Tehran Must Be Surrounded by Forests; Excessive Development Must Stop

3- Zarif Warns about Consequences of US’ Possible Move against IRGC 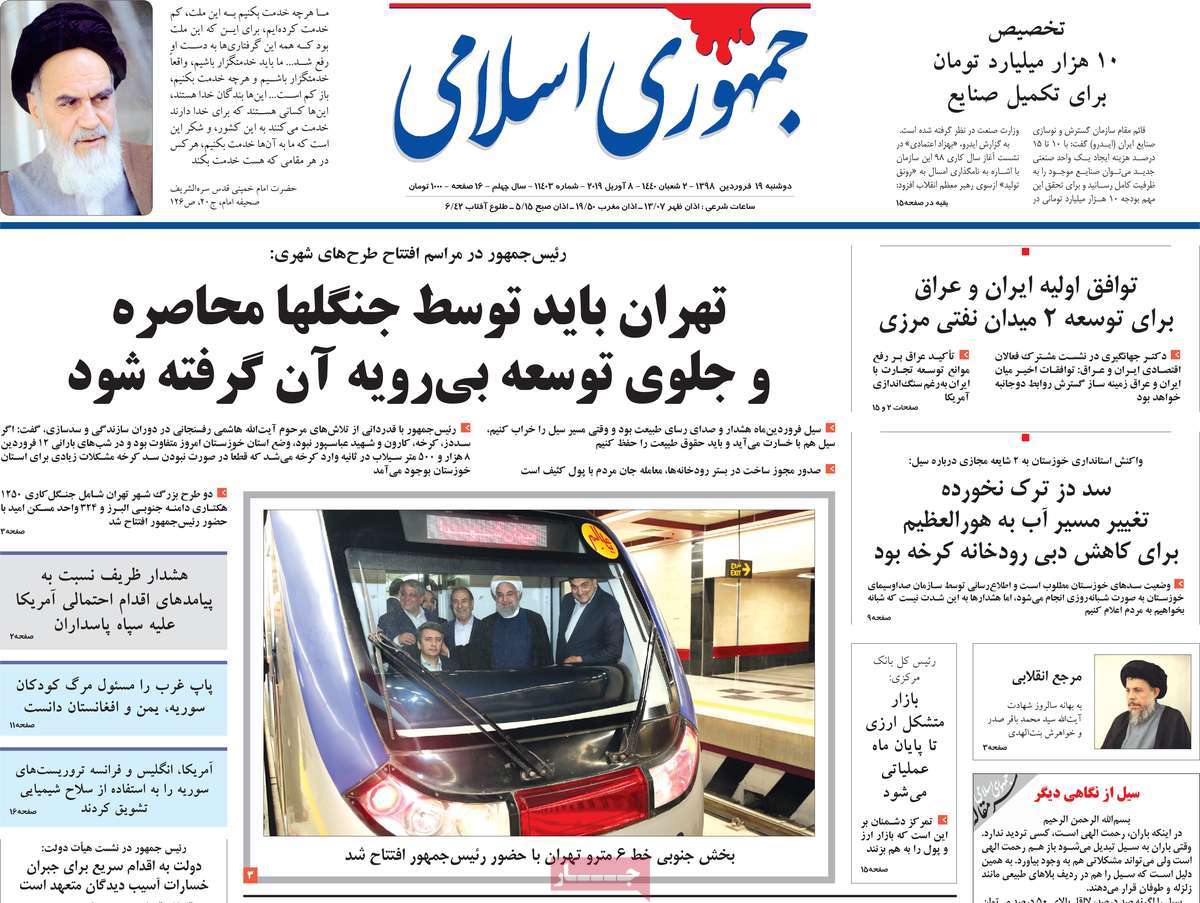 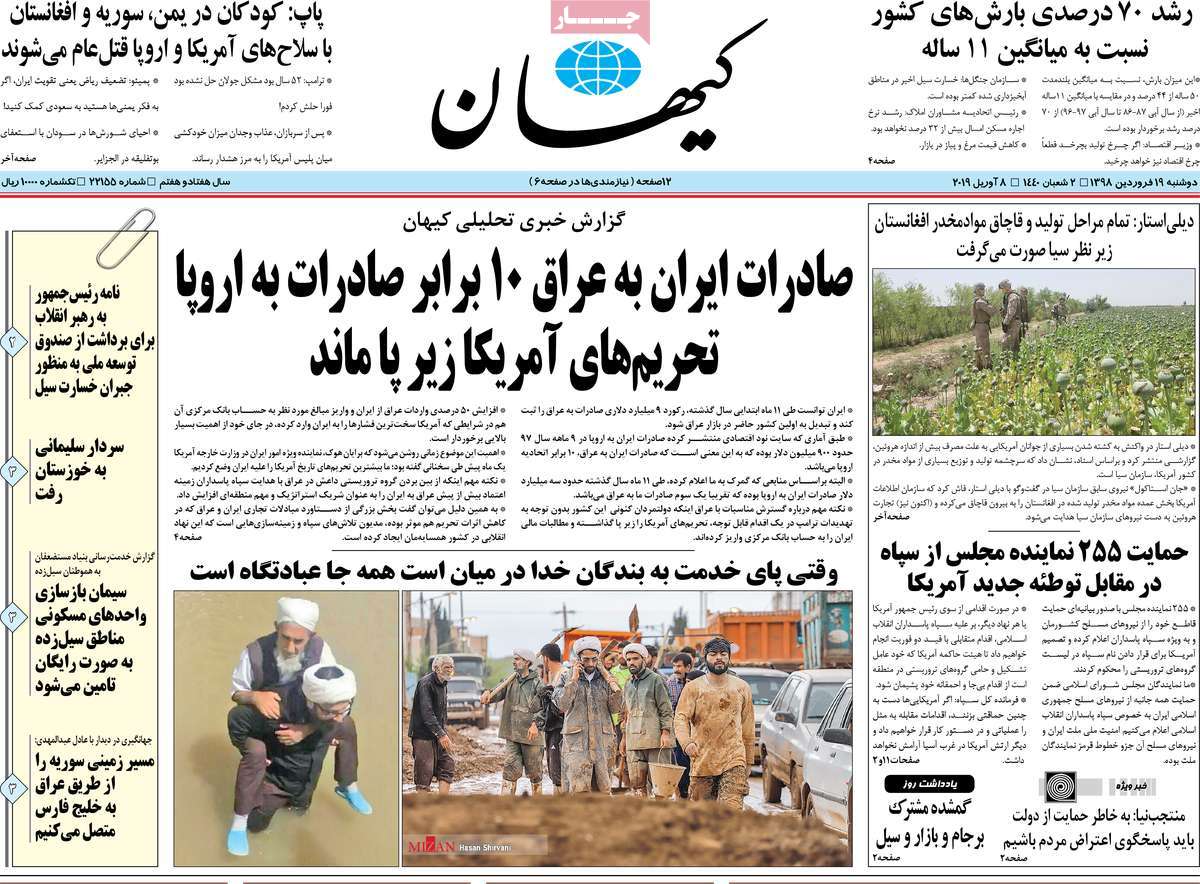 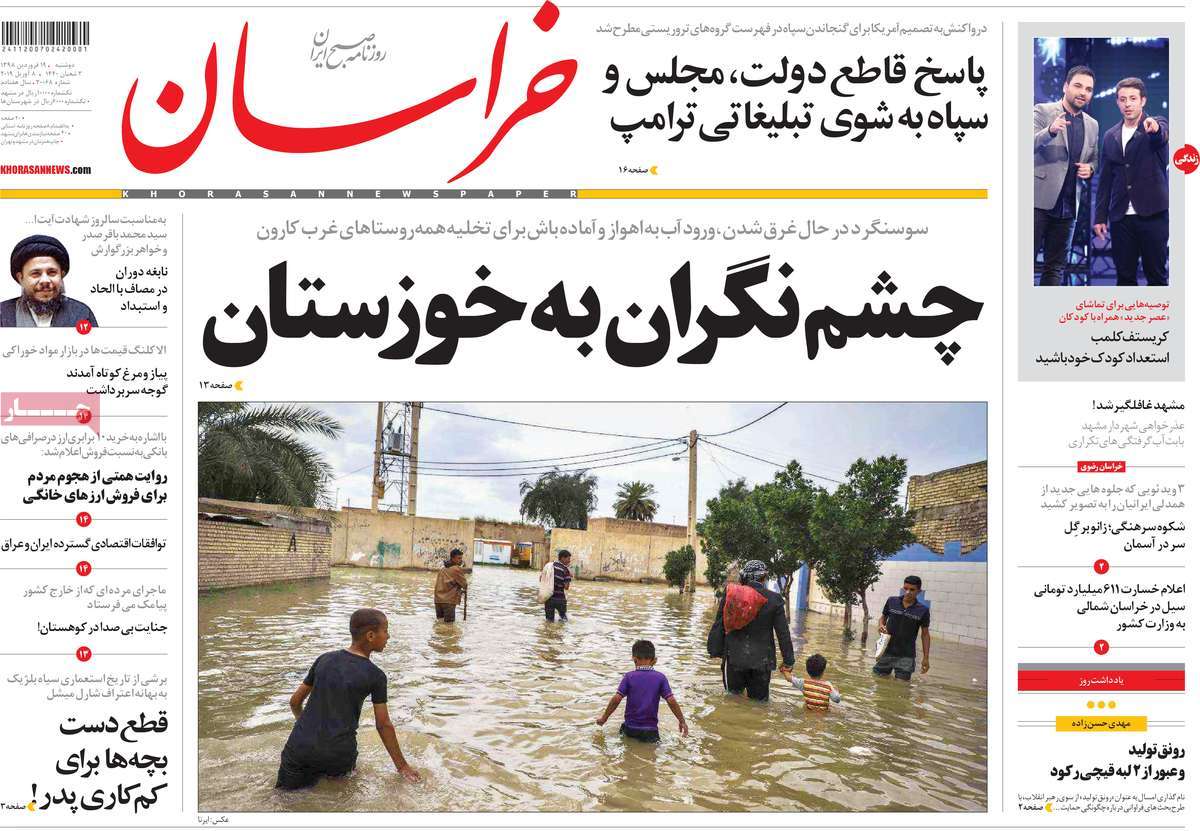 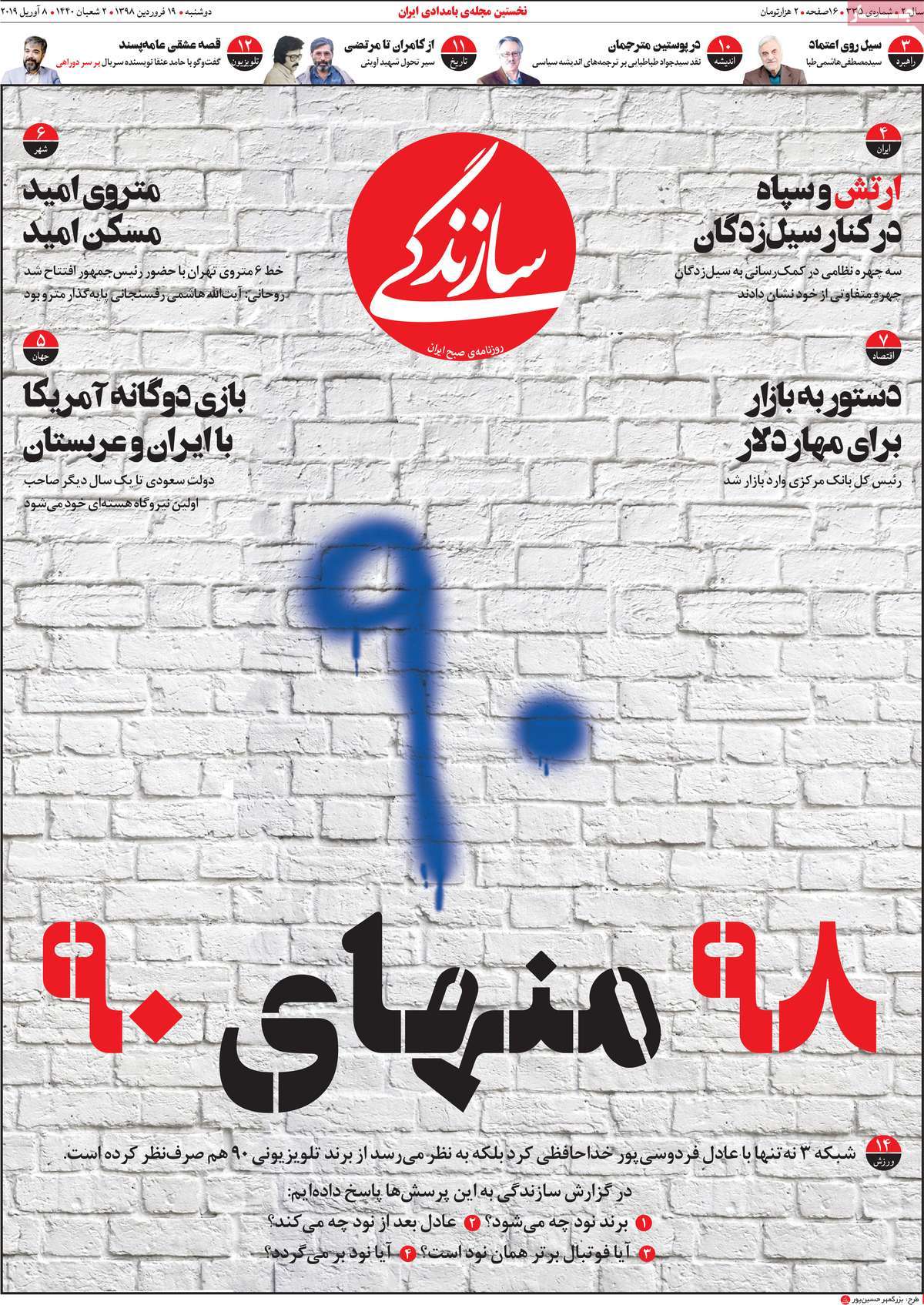 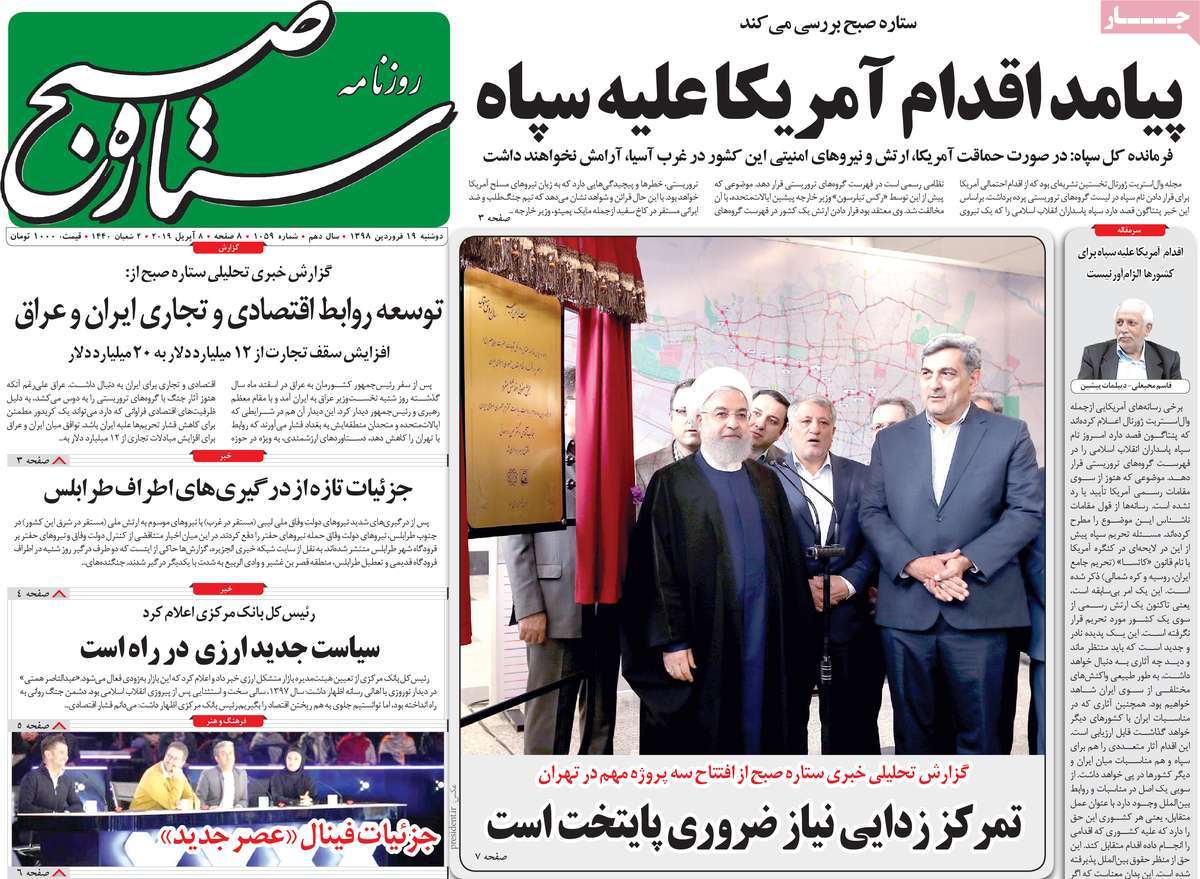 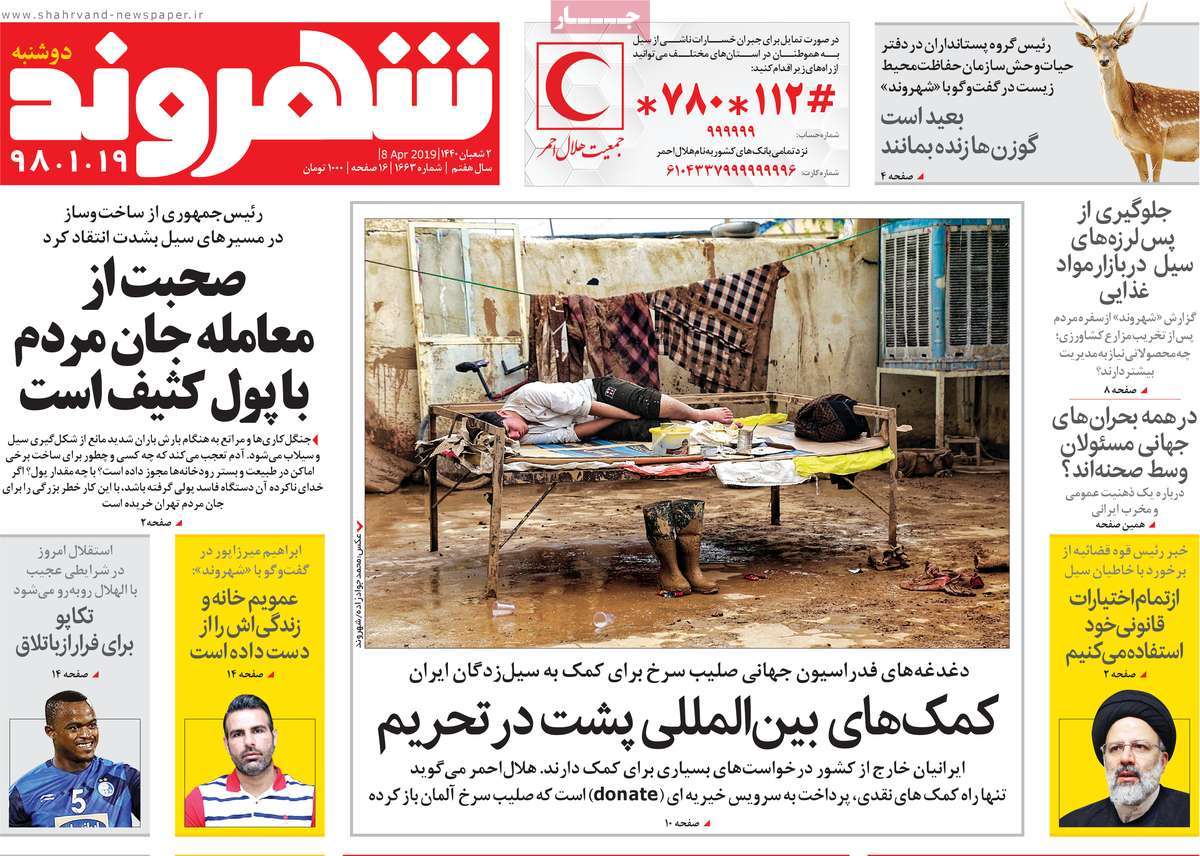 2- Subway, Dams of Khuzestan All Built with Efforts of Rafsanjani 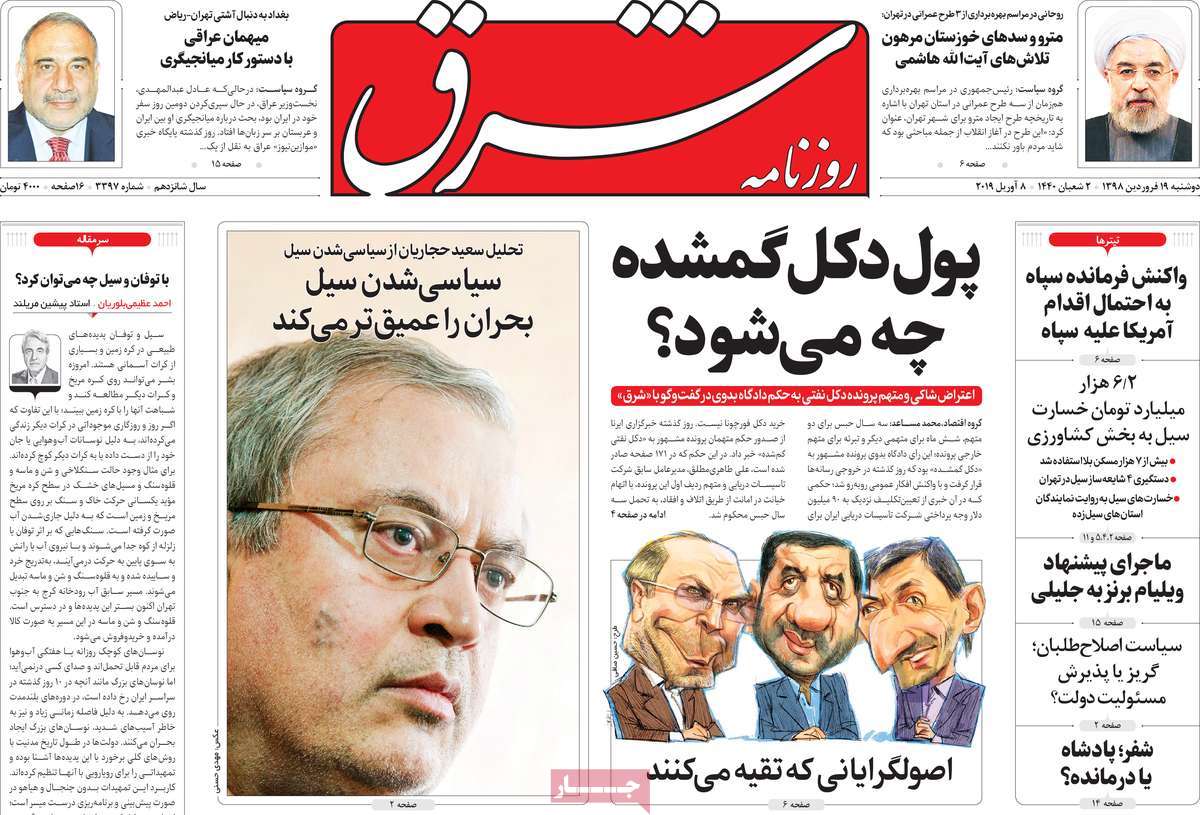 1- Face to Face with America 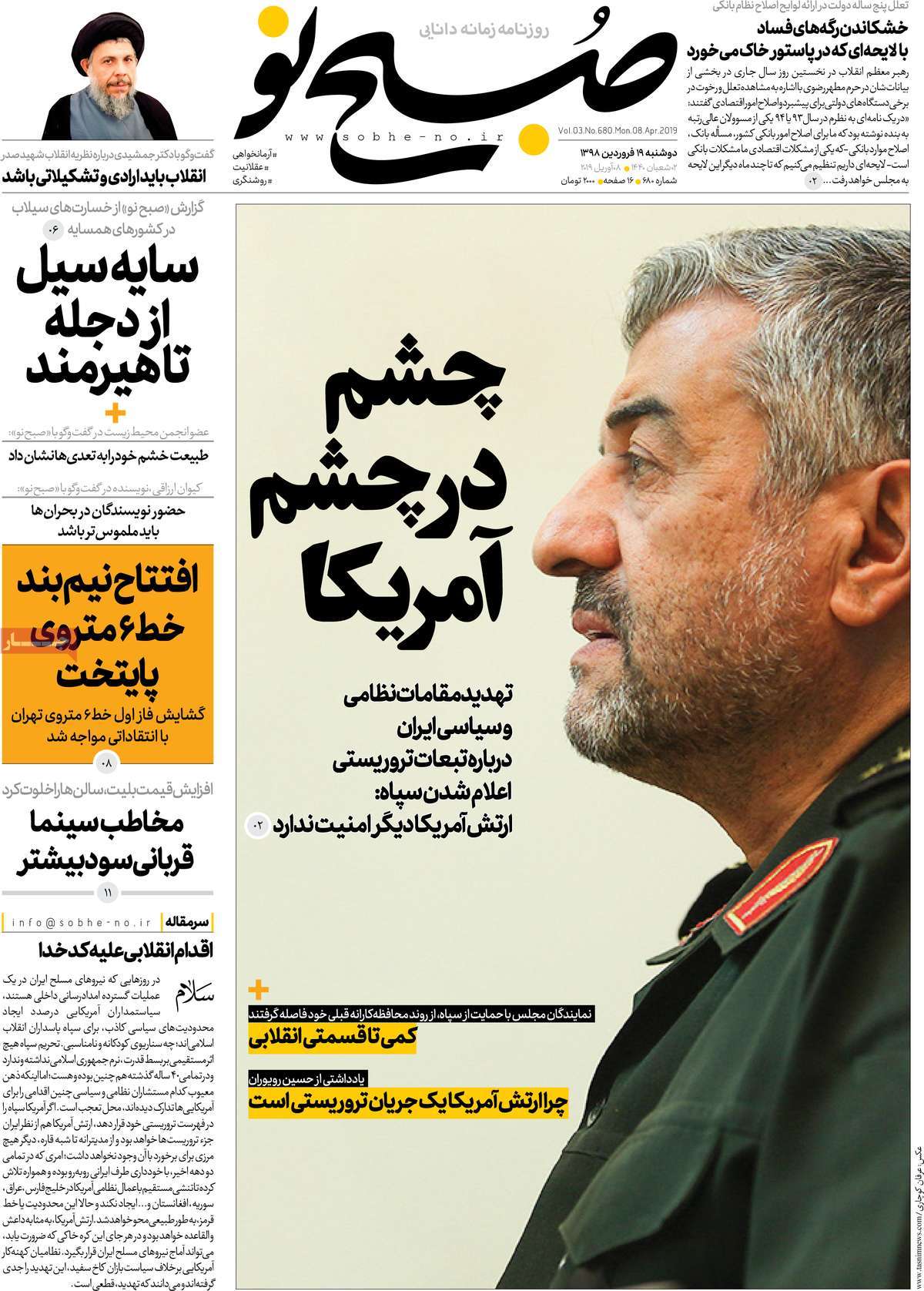