A look at Iranian newspaper front pages on April 13

1- A Judiciary official: Ahmadinejad’s prolonged proceedings has nothing to do with his position

2- Iran is in a group containing South Korea, Uzbekistan, China, Qatar and Syria for 2018 World Cup 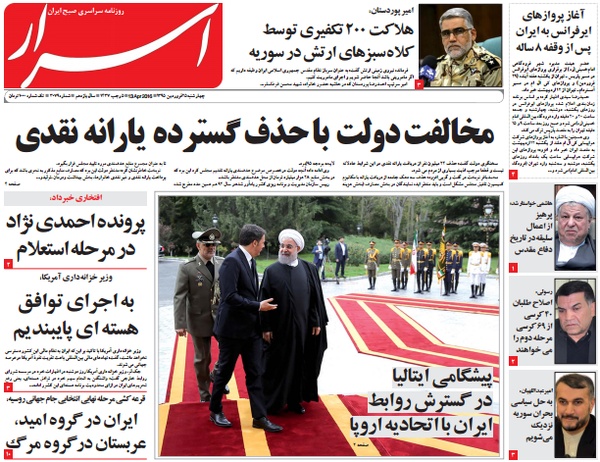 -Italian Premier: we will work for lifting of sanctions

2- Rouhani: Italian visit has a clear message for us

3- Minister of Science: International neurological center to be launched

2- Story of a soldier-teacher’s harsh life 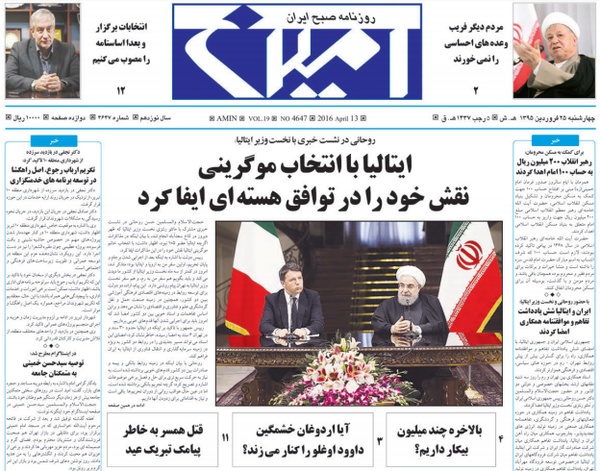 2- Tehran a destination for many of world’s prominent diplomats

1- Leader of the Revolution to Italian Premier: Visits by European officials give no tangible results.

2- Supporters of terrorism honour each other by awarding medallions

3- US has kidnapped hundreds of Iraqi scientists

4- Yemeni Ansarollah: violation of ceasefire by Saudis will result in peace process failure

5: War games by Ground Forces of Revolution Guards kick off

1- After JCPOA, US government is intimidating all those who want to cooperate with Iran, says Supreme Leader in meeting Italian Premier

-President Rouhani: the psychological part of sanctions still remains to be wiped out

-Netanyahu: We attacked Hezbollah many times in Syria

1- Rouhani: Divine religions, including Islam, have nothing to do with terrorism 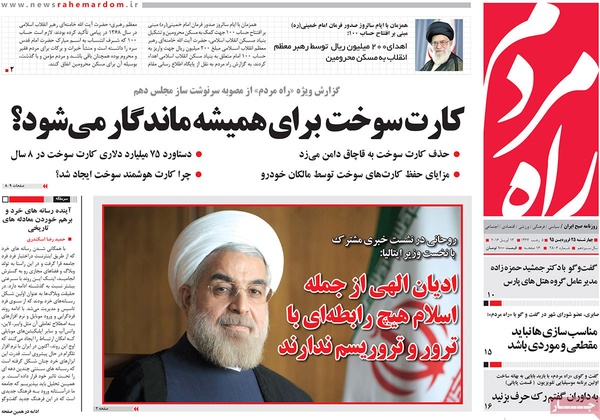 2- Minister of Communications: National Information network to be unveiled in 6 months 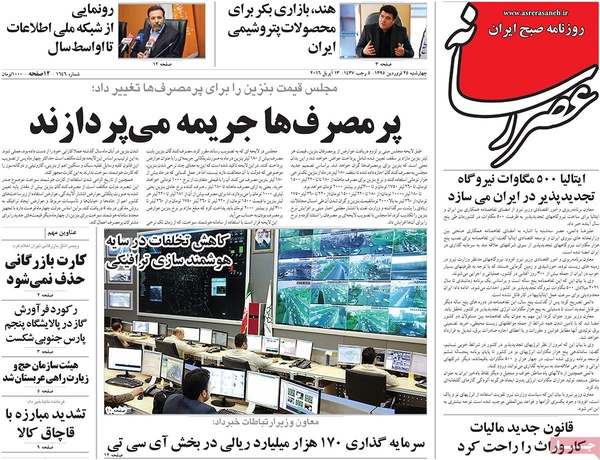 1- Italian Prime Minister: Today Iran is the most stable country in the region

1- US is a supporter of Daesh, Supreme Leader tells Italian Premier:

– Information about assistance given by US to Daesh and other terrorist groups. 1- Assessments show that Iran will experience 4% growth this year 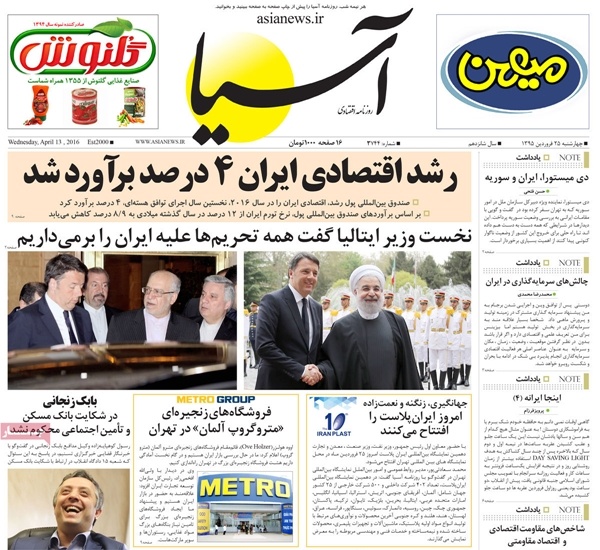 1- Aref to be Speaker of Parliament:

– Hashemi and Rouhani agreed on Aref, as the most vote-winning member of Parliament in the Tehran constituency, becoming Parliament Speaker