A Kremlin decision that changed the game 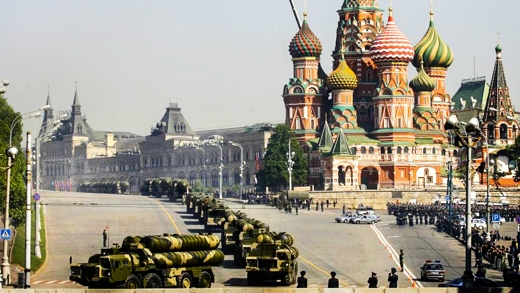 Some Iranian politicians and analysts have cast doubt on a new Russian decision to implement the S-300 air defense system contract it has signed with Iran.

Russian President Vladimir Putin on Monday lifted a self-imposed ban on the supply of S-300 air defense system to Iran. The presidential decree – which has come after a tentative agreement between Iran and P5+1 in Lausanne earlier this month – has been met with mixed reactions in Iran.

Now that Iran’s ties are warming with the West, Russia does not want to lose its biggest regional ally, some analysts say. Russia is not happy with the Lausanne agreement and is trying to affect the nuclear talks. Through this decision, perhaps Moscow wants to send a message to US and Israeli hardliners that Iran is after military hardware. This is very much likely to draw a reaction from the West.

Others maintain that the Kremlin is playing the Iran card, arguing that as always Moscow is making arbitrary use of Iran. Russia has its eye on Iran’s natural resources, including its oil, and Iran’s nuclear deal with the West has rendered politicians in Moscow unhappy.

Prior to Putin’s decision, Iran had announced that it has developed S-200 rocket system and no longer wants to acquire Russia’s S-300. Thus Russia wants to sell its S-300 system to Iran at any cost in order to portray itself as a regional ally and partner of Iran.

The controversial decision has also gained traction in Iran. Shoaib Bahman, a researcher who focuses on Russia and the Caucasus, wrote in an opinion piece in the April 15 issue of Arman-e Emrooz daily about the change of heart in Moscow, and overall ties between Iran and Russia. The following is the translation of the piece: In recent years tensions between the Russian government and the West have increased. After the imposition of Western sanctions against Russia, Moscow is trying to rethink its diplomacy in dealing with its former allies.

The imposition by the West, the US in particular, of sanctions on Russia following the Ukraine standoff and the dispute over Crimea have fuelled speculations that the Russians are pursuing a policy of confrontation with the US by deciding to deliver S-300 air defense system to Iran.

Some build on remarks by Russian Foreign Minister Sergei Lavrov – who said: “The agreement in Lausanne wiped out the need for Moscow’s ban on the delivery of S-300 [and that the system was defensive, hence would pose no threat to Iran’s foe, Israel]” – and conclude that the system will be delivered to Iran in the near future.

Despite such speculations, Russian officials have insisted that removal of anti-Iran sanctions is the reason behind Moscow’s decision.

Ties between Iran and Russia are satisfactory, but international sanctions against Iran had overshadowed mutual ties, especially on the military front. A delay in the transfer of S-300 defense system to Iran was an example of the effect in question.

So it is unacceptable to suggest that international sanctions have not affected Iran, because Iran’s defense ties with Russia have taken a hit from the sanctions. Although the two sides try to pretend otherwise, the fact of the matter is that sanctions have taken a toll on Tehran-Moscow ties.

The mutual ties’ susceptibility to sanctions has not been confined only to military questions. On the economic front, trade between Iran and Russia has slipped to $1.5 billion from a previous $3 billion.

What is certain is that settlement of Iran’s nuclear case and development of [Tehran’s] ties with the West will not dent Iran-Russia ties, which are growing by the day thanks to tireless efforts by ranking officials of either side to upgrade their ties and boost their strategic policies.

At a time when Iran has been targeted by [international] sanctions, Iran and Russia have developed strong and deeper ties. For the first time in years, the two neighbors have developed intelligence, military and security ties.

The two neighbors’ approach to questions in the Middle East is somehow similar. Although the two countries do not take a firm public stand as far as regional issues are concerned, they have similar interests [in the region].