Iran leader designates 1401 as “The Year of Production: Knowledge-Based and Job Creation” 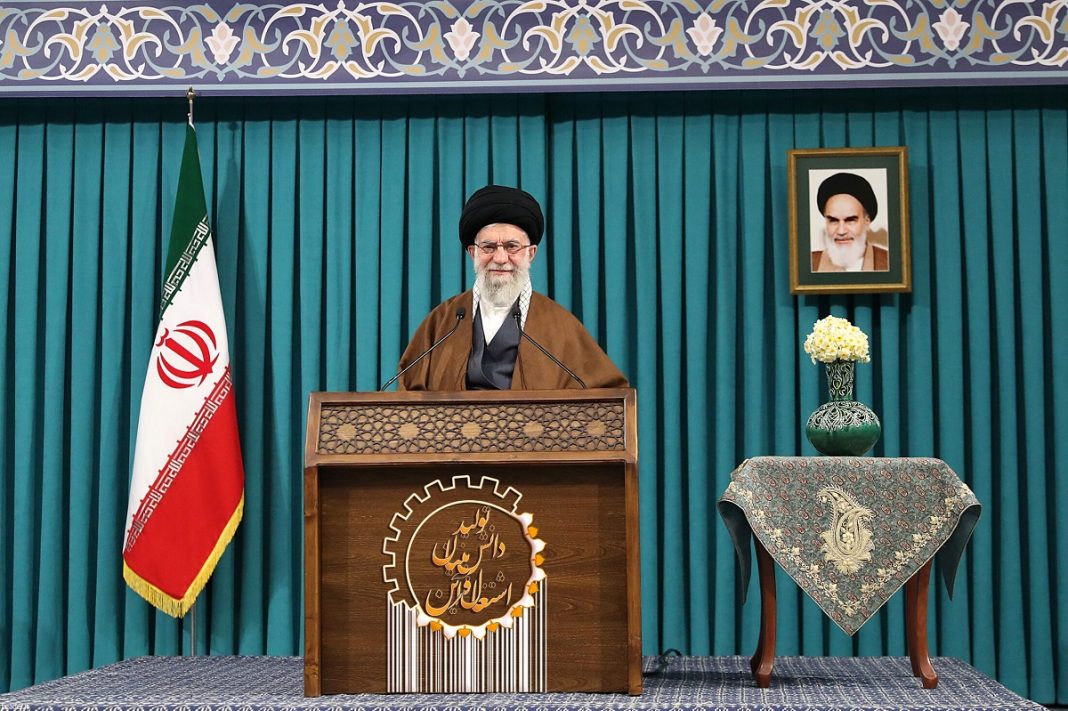 Leader of Iran’s Islamic Revolution Ayatollah Seyyed Ali Khamenei has addressed the Iranian people on the occasion of the New Year.

Ayatollah Khamenei congratulated Iranians on the arrival of the New Year.

The Leader said Iranians’ huge turnout in the 20-21 presidential election was a high point of the year, which took place during the height of the Covid pandemic.

Ayatollah Khamenei said the US admission that it had suffered a humiliating defeat in its maximum pressure campaign against Iran was another sweet point of the previous Iranian calendar year.

Ayatollah Khamenei also called for efforts by the government to do its utmost to resolve people’s likelihood problems.

Meanwhile, the leader called on all Iranians including citizens and government officials to work hard to boost knowledge-based production and create new jobs.

The leader then designated the year 1401 as The Year of Production: Knowledge-Based and Job Creation.

He noted that production should have two characteristics: It should create jobs and should be knowledge-based.

Ayatollah Khamenei called on officials to encourage production which is reliant on new scientific advancements and generates employment.

“We are after this kind of production”, the leader reiterated.

Ayatollah Khamenei however called on officials to not let this remain a word and demanded that they translate the name of this year in action.

The leader then struck an optimistic note, saying, “Of course, according to what I have seen, this administration, by God’s grace, will make progress given the diligence of the honorable president and that of his colleagues.”