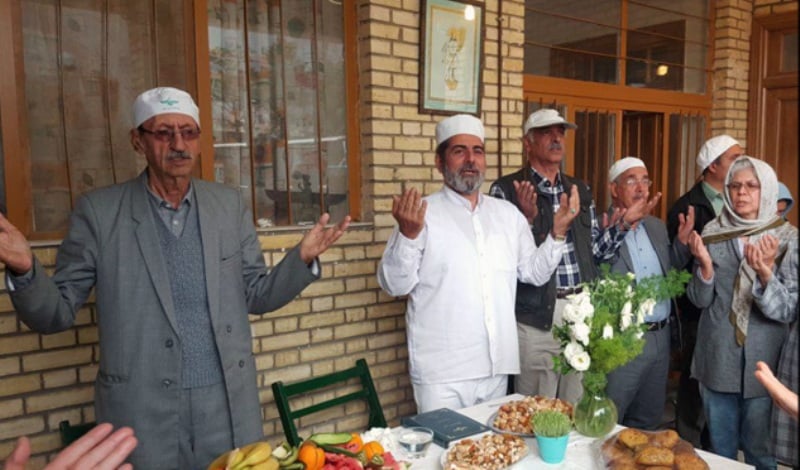 A top Zoroastrian cleric in Iran’s Isfahan province has dismissed US Secretary of State Mike Pompeo’s claims that religious minorities in Iran do not have freedom, saying that such statements are futile and groundless.

Behzad Nikdin said in an interview with IRNA that “based on the Constitution of the Islamic Republic of Iran, followers of divine religions, including Jews, Christians and Zoroastrians, are free to practice their religions, and can freely exercise their religious rituals and social practices along with their Muslim compatriots.”

He added that Pompeo’s words about the disappearance of the freedom of religious minorities in Iran are sheer exaggerations, and I announce with a loud voice as a Zoroastrian cleric that during the 40 years since the Islamic Revolution, Zoroastrians have been fully free to hold their own religious rituals.

“Near the Zoroastrian fire temple in Isfahan, there are mosques and Zoroastrians hold their own religious rituals with complete freedom along with their Muslim compatriots, while such a scene in other countries of the world can rarely be found.”

This Zoroastrian cleric went on to say that Pompeo should know that the human rights charter was written by Iranians more than four thousand years ago, and that this newly-emerged US politician should not lie about a nation that has more than 7,000 years of civilization.

“Such remarks are due to a lack of information about the Iranian society; and he makes such statements to create division and undermine national unity. However, he should know that such unjustified statements do not cause the slightest flaw in Iran’s national unity.”

Nikdin noted that in addition to Zoroastrians, followers of other religions, including Christians and Jews, are freely practicing their religious rituals in the province and live peacefully along with other Iranians.

He said the recent return of the Zoroastrian member of Yazd City Council, Sepanta Niknam, to the council after a ruling by the Expediency Council was an example of respect for the rights of religious minorities in Iran, adding that in many countries, religious minorities or black people do not have the right to enter decision-making centres.

Referring to the fact that religious minorities in Iran have the same civil rights as their Muslim compatriots, Nikdin added racist approaches have been influential in the formulation of the laws of some countries, and therefore, in the civil law of these countries, religious and ethnic minorities do not enjoy the same rights.

On Sunday, Pompeo announced in a speech that the Trump administration had launched a “maximum pressure campaign” targeting Iran and its economy.

Addressing a group of Iranian-Americans in California, he said that religious minorities “are a historic part of the rich fabric of an ancient and vibrant Iranian civilization,” and claimed that they “are suppressed.”