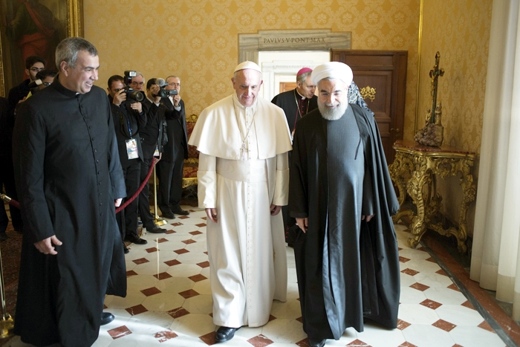 Mr. Zarif in his twitter page, while referring to President Rouhani’s visit to Vatican and his talks with Pope Francis has written:” mutual commitment to join efforts for a World Against Violence and Extremism #WAVE.”

President Rouhani heading a high ranking delegation visited Italy Monday and Tuesday and met and held talks with Italian President and Prime Minister as well as a large number of country’s trade and industrial executives.

He then went to Vatican and had an audience with Pope Francis. Mr. Rouhani is first Iranian President visiting Europe for more that a decade.