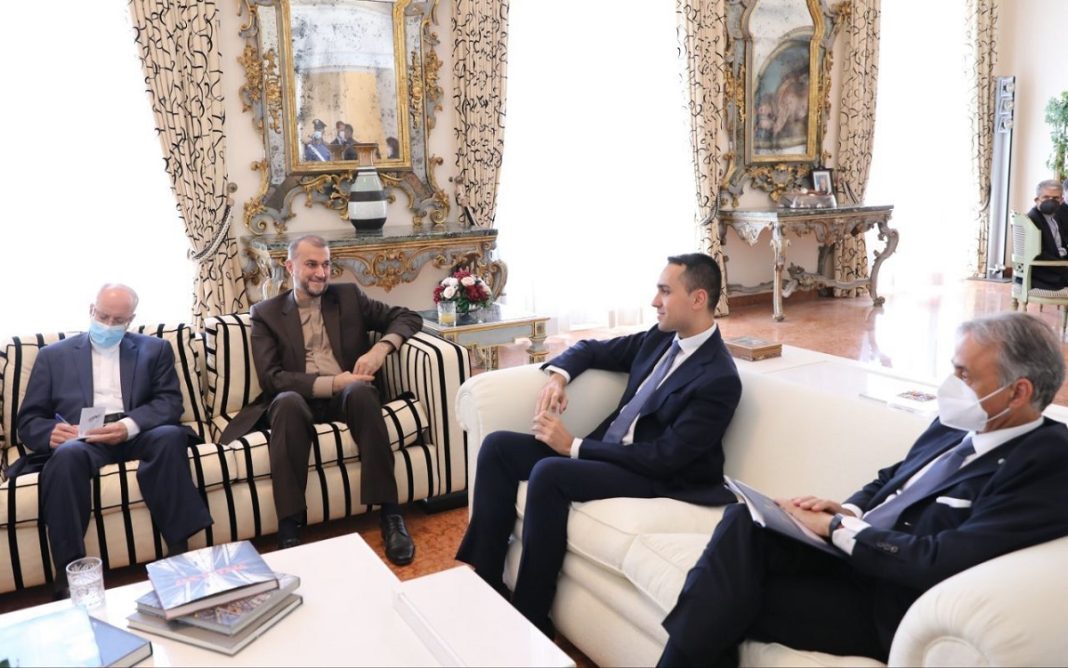 Luigi Di Maio made those comments in a meeting with the visiting Iranian foreign minister in Rome on Monday noon.

Di Maio also expressed hope that talks over the revival of the Iran nuclear deal, the JCPOA, bear fruit and expressed Italy’s readiness to play a positive role in this regard.

Iranian Foreign Minister Hossein Amirabdollahian also said in the meeting, “We want the JCPOA to work smoothly; we seriously seek a good and lasting deal; we believe that Iran must be able to enjoy full economic benefits from the JCPOA.”

Amirabdollahian added that the US must understand this reality with regarding to the issue of giving guarantees to Iran. The Islamic Republic of Iran has always put forth its own new initiatives but the US has failed to act soundly and logically. They must understand the issue logically.”

Amirabdollahian further noted that Iran wants to have its natural share of the energy market, thus helping the international community.

Amirabdollahian reaffirmed Iran’s opposition to resorting to war, be it in Yemen, Afghanistan or Ukraine.

The Iranian foreign minister referred to Tehran’s diplomatic efforts to help resolve differences between Turkey and Syria through peaceful talks and to prevent a new conflict in the Middle East.

Amirabdollahian and Di Maio also underscored the importance of expanding tourism between Iran and Italy given the tourist attractions of the two countries and also the significance of increasing flights between them.