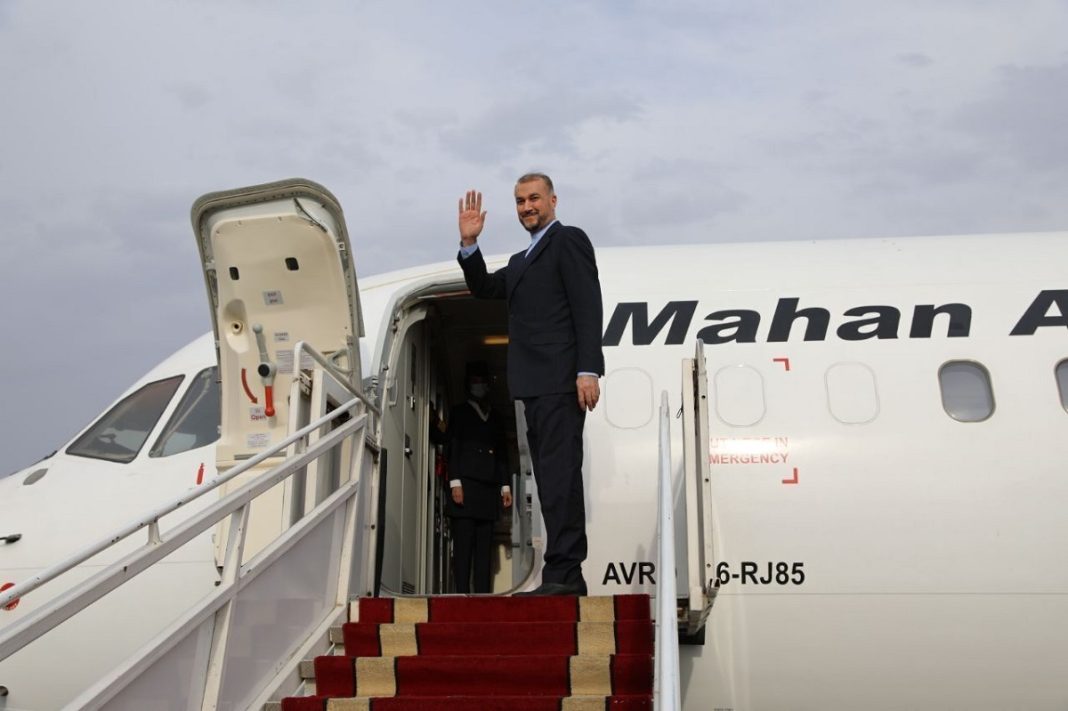 Iranian Foreign Minister Hossein Amirabdollahian left Tehran for Rome on Monday morning at the head of a delegation to hold talks with Italian officials on bilateral issues as well as international and regional developments.

Amirabdollahian and his entourage, invited by Italian Foreign Minister Luigi Di Maio, are scheduled to meet with Italian officials at political, economic, and parliamentary levels.

Before departure, the Iranian foreign minister, who has been in office since 2021, said he has met his Italian counterpart twice in New York and Munich, adding following up on bilateral ties, especially in political and economic areas, are among the goals of the visit.

Amirabdollahian said he would also meet the Vatican prime minister and secretary of state.

Italy has been one of Iran’s largest trading partners in the European Union despite US-led sanctions and has maintained active diplomatic channels with the Islamic Republic.