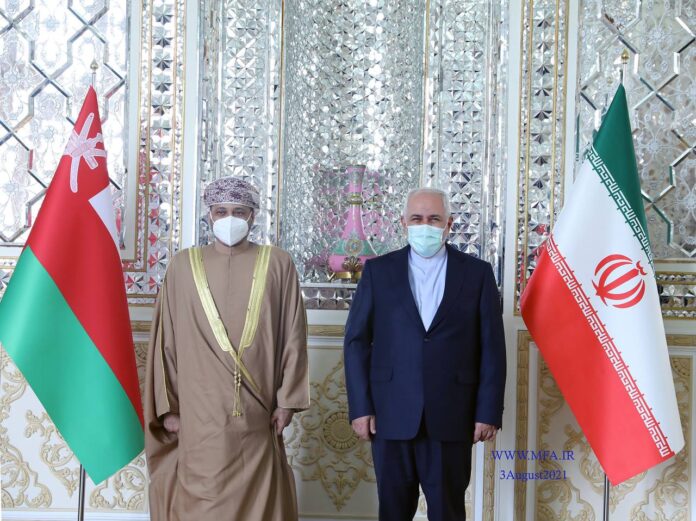 Iranian Foreign Minister Mohammad Javad Zarif has held talks with his Omani counterpart Badr Al Busaidi, who is in Tehran to attend the inauguration ceremony of Iran’s president-elect.

During the Tuesday meeting, Foreign Minister Zarif praised the distinctive relations between Tehran and Muscat and the two sides’ efforts to promote the level of mutual cooperation, and underlined the continuation of this trend during Mr Ebrahim Raisi’s tenure in office.

He also elaborated on the definitive policy of the Islamic Republic of Iran and the future government in expansion of relations with neighbours.

The Omani top diplomat, in turn, lauded Foreign Minister Zarif’s eight-year efforts to enhance Tehran’s bilateral relations with Muscat, and said, “The Sultanate of Oman’s policy is to promote its relations with Iran.”

Badr Al Busaidi said Sultan Haitham, in continuation of the viewpoint of the late Sultan of Oman, has put this approach on his agenda, and he will continue cooperating with Iran’s new administration.

“The Sultanate of Oman will do its utmost to get the viewpoints of regional countries closer together in order to reinforce the element of dialogue,” he added.