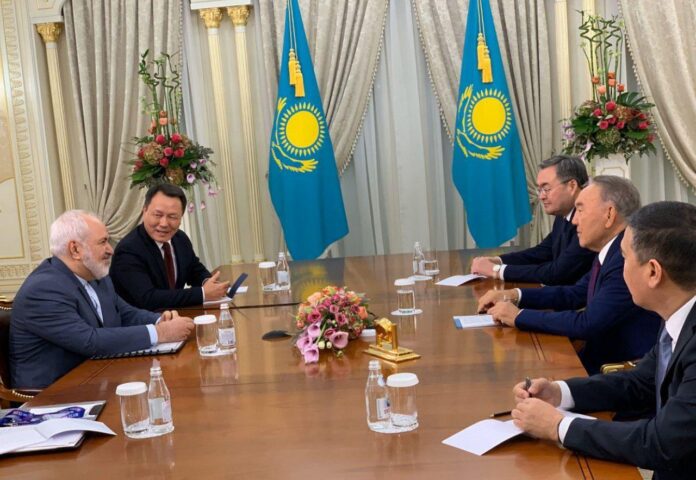 Iranian Foreign Minister Mohammad Javad Zarif has held talks with Kazakhstan’s leader Nursultan Nazarbayev after delivering a speech at the Astana Club in the capital city of the Central Asian state.

During the Tuesday meeting, Zarif and Nazarbayev discussed bilateral relations and the most important regional and international issues.

Earlier in the day, Zarif addressed the Astana Club’s meeting as the keynote speaker with a speech focused on the “prerequisites of a secure and stable region”.

After his meeting with Nazarbayev, Zarif also attended the disarmament and non-proliferation panel of the Astana Club, and delivered a speech on the 2015 nuclear deal, officially known as the Joint Comprehensive Plan of Action (JCPOA).