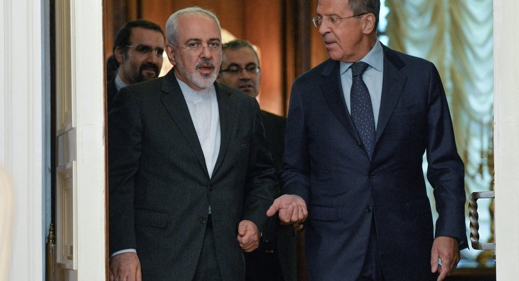 Iran and Russia are seriously concerned about the spread of terrorism in the region and favor a serious campaign against terrorism without double standards, said Mehdi Sanaei.

In a note posted on his Facebook page, the Iranian diplomat said that Tehran-Moscow relations, which have been high on the diplomatic agenda of the two countries throughout history, have in recent years turned into a global policy issue for a variety of reasons, drawing the attention of international observers and analysts.

The following is the translation of what else khabaronline.ir quoted the Iranian ambassador as writing in the post on August 17:

In Iran too experts and analysts closely monitor the Russian foreign policy as well as Tehran-Moscow relations. The common stance of the two countries on several regional and global issues, their constant consultations, and improvements in their bilateral relations are among important topics.

Up until a few years ago, cooperation on international issues would be viewed as the most important stage for cross-border relations. No doubt, the fast-paced developments of the Middle East and the problems some regional countries are wrestling with because of Western interference on the one hand and a fundamental transformation of every aspect of mutual relations on the other have elevated regional and bilateral exchanges to a more serious level.

Both countries are seriously concerned about the spread of terrorism in the region and favor a serious campaign against terrorism without double standards.

Under the present critical conditions crippling some parts of the Middle East, the Moscow visit by Foreign Minister Zarif and his meetings with Russian officials, which come after recent visits by some Arab officials to Moscow and FM Zarif’s regional tour, can prove effective in working out solutions to the existing problems.

During the visit, which shows that measures to bolster ties with Russia are a foreign policy priority of Iran, new ways of enhancing mutual ties in the wake of the Iran nuclear deal will be discussed.

Over the past two years, the Iranian and Russian presidents have met five times, positive developments have taken place on political, economic, security, scientific and cultural fronts and there has been an increase in the volume of trade between the two countries. The new conditions created following a decline in negative third-party factors, including sanctions, pave the way for positive steps to further boost the ties.

No doubt, plans worked out after this visit will usher in major change in relations on all fronts as of September.