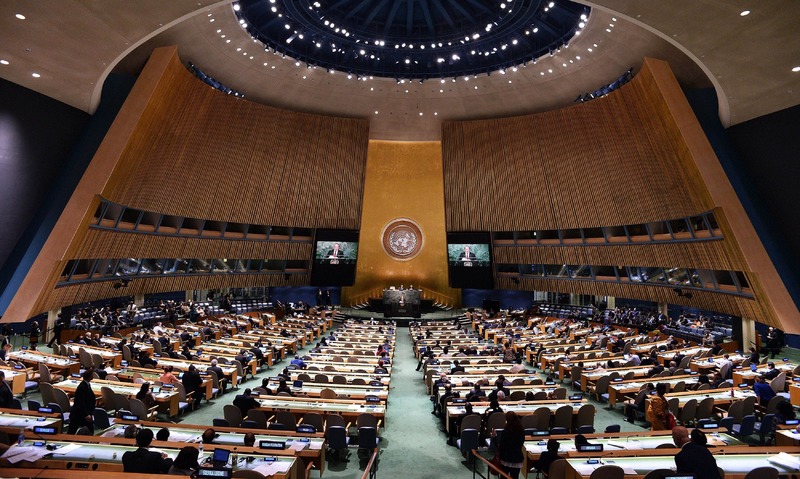 While Iran’s mission to the UN earlier said its absence from the UN General Assembly voting on Myanmar was to protest the Third Committee’s politicized approaches, an informed source says the absence was caused by a lack of coordination.

Iran was one of the 37 countries that were not present in a recent UN General Assembly voting on Myanmar. Member states adopted a resolution calling on Myanmar’s government to put an end to its military action against Rohingya Muslims, allow aid and relief teams in, allow Rohingya refugees to return home and provide them with civil rights. Iran’s absence in the session seems to have made headlines at a time when Tehran, especially Iranian Foreign Minister Mohammad Javad Zarif, has initiated numerous efforts through different channels to put an end to the human catastrophe which has deteriorated over the past few months.

The Iranian mission to New York said the absence from the meeting was in protest at the structure based on which the Third Committee’s resolutions are passed, but this justification sparked further criticisms from Iranian analysts and social media users. The critics argue that the Iranian mission had earlier participated in the Third Committee’s sessions on other issues including the Crimea’s annexation, the issue of Palestine, and Syria. Therefore, they said, the main reason was not the issue of recognition.

An informed source, who spoke on condition of anonymity, told the Iran Front Page on Tuesday that the Iranian mission’s absence was just caused by an inconsistency and lack of coordination between the foreign ministry and the mission.

The source stressed that the Islamic Republic’s policy, in this particular case, was to attend the meeting and vote for the Resolution to condemn the Myanmar government.

However, due to the inconsistency, the Iranian mission to the UN has acted in accordance with the previous procedure given the dark record of the Third Committee, the source added.

The Persian-language Etemad daily had earlier quoted a statement by the Iranian mission, which reiterated that it does not recognise the committee as an eligible entity to approve such resolutions. In the text of the resolution on Myanmar presented to the committee, Iran has expounded on its concerns regarding such resolutions as well as its position on the persecution of Rohingya Muslims. Part of Iran’s note reads:

The painful situation of more than half a million refugees, most of whom are women and children, and who have fled their homes in Rohingya fearing their lives, is very pitiful and sad.

The extent of the catastrophe in this case has touched the hearts of many people across the world, regardless of their religion and nationality. Discrimination against Rohingya Muslims has taken many victims. One thing is certain, and that is the expulsion of people from their homeland and forcing them to emigrate to another country will not settle their deep-rooted problems and deplorable situation in Myanmar. We still want the Myanmar government to deal with this long-running catastrophe and observe the rights of the country’s Muslim community, including respect for their civil rights.

In other parts of the text presented by Iran, the Islamic Republic has expressed support for any measures that would help stop violence in Myanmar, increasing humanitarian aid and securing a safe and respectable return of Rohingya Muslims to their country. Iran has also thanked Bangladesh’s government for hosting the refugees. At the end of the text, Iran has mentioned the reasons for its opposition to the issuance of a resolution against a country by the committee: Apart from the seriousness of the situation in Myanmar, Iran, which itself has been the target of resolutions issued through the Third Committee, continues to maintain its position that continuing to abuse this committee to achieve political objectives has detracted from the status of the committee, which is supposed to be a forum to restore human rights or look into rights violations. So, Iran will not align itself with the initiative of issuing the resolution through this committee.