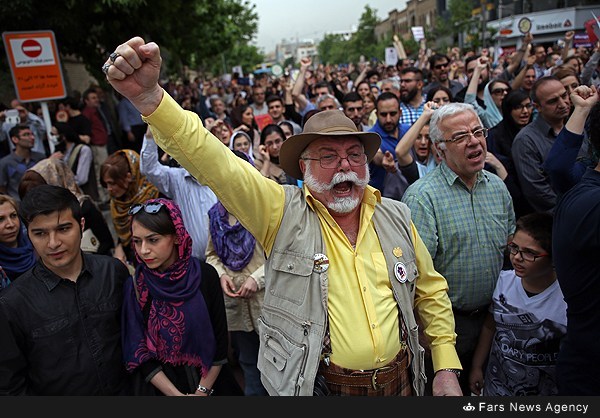 Sadegh Zibakalam takes a look at what prompted Iranian authorities to allow a protest rally outside the Turkish embassy to make the centennial of the Armenian genocide.

Hundreds of Christians of Armenian descent staged a rally outside the Turkish embassy in Tehran on Friday to mark the centennial of the massacre of Armenians by the Ottoman Empire during World War I.

In an opinion piece in Ghanoon newspaper on April 25, Sadegh Zibakalam, a political analyst and university professor, has tried to answer that question. The following is the partial translation of the piece:

What is certain about the massacre – or genocide – of the Armenians at the hands of the Ottoman Turkey is that it has taken place. That unlike previous years, the Iranian government decided to give the green-light to the rally is surprising.

As you know, the Islamic Republic of Iran and Turkey are deeply divided over some issues in the Middle East such as Syria and Yemen….

The killing of the Armenians came at a critical juncture. The Ottoman Empire was on the brink of breakup and its army on the edge of defeat in Europe. Thanks to the experience of World War I and Armenian alignment with the Russians, Ottoman officials viewed Arabs and Armenians bent on seceding from the empire as a fifth column of the enemy.

Over the years, Turkish governments have been at pains to deny that any such massacre has taken place. Given that the Ottomans nurtured a grudge against the Armenian community, the killing of 1.5 million ethnic Armenians is not unlikely.

Whether the massacre has taken place or not, what is important is that each year memorial services are held for the 1.5 million people massacred. Many believe we should not forget the crimes our ancestors have committed, because denial of such realities will translate into failure on the part of the future generations to learn a lesson from the past. It also makes the repeat of such crimes all the more likely.

That each year we recall the fact that some 1.5 million Armenians were killed simply because they were Armenians helps prevent the repeat of such incidents, or makes it at least less likely.

History is rife with similar killings, for instance, the killings committed by the Japanese during World War II. The Japanese killed many thousands in China and parts of Korea during the war. Years later, the Japanese government removed that chapter of history from Japanese textbooks, but a number of teachers continued to teach what really happened during the Second World War in classrooms.

What they did was designed to prevent the commission of similar crimes in the future. The Japanese education ministry sacked the teachers, but the Supreme Court ruled in their favor. As a result, teaching that chapter of history was placed back on the agenda simply because of its educational value.

That is similar to Holocaust. Some in Iran and elsewhere in the world are trying to eliminate the Jewish genocide from history. But in Europe denial of Holocaust is a crime. That is meant to prevent the spread of anti-Semitism in the world.

So what makes the event in Tehran [a centennial rally in honor of the Armenian dead] important is its educational value. If we know about the crimes committed by our ancestors, we won’t commit them down the line.

In response to the opinion piece, Karen Khanlari, a deputy who represents Christians in the Islamic Consultative Assembly, said apparently Mr. Zibakalam’s historical knowledge is anything but broad, citing the fact that the Armenian community has gotten approval for such gatherings year in, year out since the victory of the Islamic Revolution. 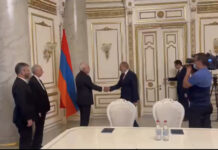 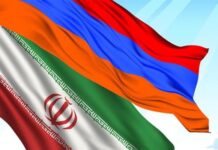