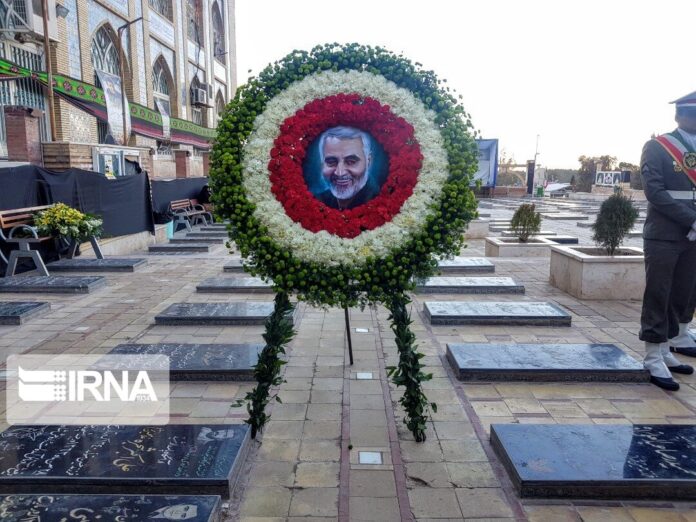 Iran’s ambassador to Baghdad has given an account of what Lt. General Qassem Soleimani was assigned to do in Iraq before being assassinated in an American airstrike on January 3.

In an interview with the National Iraqi News Agency, Iran’s Ambassador to Iraq Iraj Masjedi provided a description of the reason why General Soleimani had travelled to Baghdad in his last mission.

The envoy said the late commander of the IRGC Quds Force had flown to Baghdad in order to pass on a message from Iran to Saudi Arabia.

According to Masjedi, the top Iranian commander had been assigned to let Iraq known about Iran’s message for Saudi Arabia about Tehran’s view on an initiative developed by Baghdad.

“This message contained Iran’s view about the fight against terrorism, the promotion of peace and the establishment of security and stability in the region,” the envoy added.

He also hailed Iraq’s role in contributing to the settlement of conflicts between Tehran and Riyadh as well as the resolution of the other regional problems, saying the Iraqi government plays a “constructive role” in the region.

Masjedi further highlighted Iran’s willingness to resolve the disputes with the United Arab Emirates and Saudi Arabia, saying Tehran welcomes any effort from Baghdad or the other parties to address the problems.

“Tehran welcomes Iraq’s efforts to resolve the Iran-Saudi disagreements and regional issues. The government of Iraq played a constructive role in the region and we welcome any efforts aimed at de-escalation of tensions … Iran is willing to settle its disputes with United Arab Emirates and Saudi Arabia,” he added.

The ambassador also dismissed the notion that Iran has violated Iraq’s sovereignty by launching a missile attack on the American airbase of Ain al-Assad, stressing that the strike was only a response in retaliation for the US assassination of Lt. General Soleimani and deputy commander of Iraq’s Popular Mobilization Units (PMU) Abu Mahdi al-Muhandis.

“It was an act of retaliation, as the US assassinated martyrs Soleimani and al-Muhandis on Iraq’s soil. For this reason targeting the military base was not breach by Iran of Iraq’s sovereignty.”

Masjedi also urged that the US should stop interfering in the internal affairs of the region and the American military bases, which have turned into the “sites for criminal activities”, must be closed.

The regional governments must sue the US and call for an end to the American activities in the region instead of complaining about Iran’s policies, the ambassador underlined.

He finally took a swipe at the US government for assassinating two official military commanders of Iran and Iraq, saying Washington claims to be fighting against terrorism and creating security, but it has committed a grave act of terrorism itself.

“Washington purports that it is fighting terrorists in the region and providing security, but in fact it was the US who martyred General Soleimani and Abu Mahdi al-Muhandis, and that means state terrorism as the two martyrs were Iran and Iraq’s official military commanders.”

“The US cannot tolerate the existence of anyone opposing its policies, and hence commits assassination. If the other states do not want to respond to the US policies, Tehran will not remain silent towards infringement of its rights,” the official added.

Stressing Iran’s support for the stability in Iraq, Mr. Masjedi said that Tehran welcomes appointment of Mohammed Tawfiq Allawi to the office of prime minister.