What do Zarif’s regional trips signify? Will his plan bring Saudi Arabia to the negotiating table? 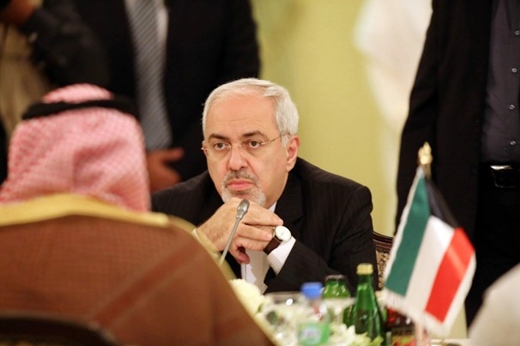 Khabaronline, a news website, praises the astute statesmanship of Iran’s Foreign Ministry for helping the country refrain from fuelling tensions with Saudi Arabia at this critical juncture.

The multiphase plan Foreign Minister Mohammad Javad Zarif has devised is like a puzzle whose pieces are gradually falling into place. The Iranian top diplomat’s initiative will ultimately get Saudi Arabia to accept a new regional order.

Khabaronline.ir on August 17 published a piece by Saeed Jafari on the foreign minister’s new regional initiative. The following is the translation of that piece:

Zarif has traveled to Qatar, Kuwait, Syria, Lebanon, Iraq, India and Pakistan over the past two weeks with his trips drawing global attention. A closer look at comments by officials meeting Zarif shows that these countries all want to improve their ties with Tehran. This comes after the regional isolation of Iran courtesy of the previous government’s policies [both at home and] on the world stage.

During his regional tour and in an interview with an Iranian monthly, Zarif revealed his new plan which first drew the attention of Lebanon’s As-Safir newspaper. In an article in the Lebanese newspaper, Zarif floated the idea of establishing a regional security forum to encounter potential threats the Middle Eastern countries are exposed to.

This is nothing new. Since the establishment of the Islamic Republic, Iran has always stressed the need for regional countries to solve their issues themselves, without the involvement of world powers, but the mechanism Zarif has put forward this time is new. Furthermore, the foreign minister’s recent remarks suggest that he has developed a good mechanism for this initiative and is seeking to put it into effect.

Why does Saudi Arabia have issues with Iran?

After the establishment of the Islamic Republic, Arab countries in the Middle East kept their guard up when they heard Iran was to export the Islamic Revolution and became concerned about the rise to power of a nascent government in Tehran. This concern caused Arab brothers to stand by [Iraq’s] Saddam Hossein so that they could nip the new regional player in the bud.

That Arab dream never came true and certain players in the Persian Gulf and Middle East started to improve their ties with Tehran, but the big brother of the Arabs [a reference to Saudi Arabia] did little to hide its dissatisfaction with the growth of Iran’s strategic depth.

According to Mohammad Kazem Sajjadpour, a former Iranian diplomat, blunders of other players and Iran’s good gambit over the past three decades have strengthened Iran’s hand in regional disputes and weakened that of Iran’s rivals. This has left a bad taste in the mouth of the Saudis and others. That’s why Riyadh has expressed dissatisfaction and taken practical measures to undermine Tehran’s strategic depth.

The growth of Salafi and Takfiri movements in Syria and Iraq which led to the emergence of ISIL, support for the radical opponents of the Assad government, assistance to the March 14 Alliance led by Saad Hariri [in Lebanon], and finally military action against Yemen are chief among those measures.

Impartial observers believe these measures have not brought about benefits for Saudi Arabia; rather, they have plunged the kingdom deeper into trouble. The futility of Riyadh’s individual efforts has made this country reach out to Israel, whose regime is the No. one enemy of the Islamic Republic.

At this juncture, Iran took the right path and refrained from fuelling tensions with Saudi Arabia. At a time when Israel sternly sought to entrap Tehran in a direct military confrontation with Riyadh, the astute statesmanship of Iran’s Foreign Ministry [in particular] and the eleventh government [in general] helped the country insightfully and calmly avoid this trap.

What does Saudi Arabia want?

Saudi Arabia – which is unhappy with regional developments because it has realized that Iran holds sway in areas the kingdom used to wield its influence – has a special demand. Riyadh is asking Tehran to leave Syria, Lebanon, Iraq and even Yemen and then open talks. A demand Iran will undoubtedly reject.

What should be done? Should the tensions be heightened? The answer is definitely in the negative, because the balance in the Middle East region is being tipped in favor of Iran.

Today a relative calm has taken hold in Syria, but two years ago the whole world was unanimously talking about the inevitability of Assad’s departure and the clouds of war were hanging over Damascus. Or, to say the least, things in Syria have gone so far that the US secretary of state is now echoing remarks Iranian officials were making three years ago. “There is no military solution. [There is only a political solution” to the Syrian crisis.]

With that being the case, Iran has to avoid getting caught in a serious confrontation with Saudi Arabia. Instead, it should try to stabilize the status quo. The question is whether the status quo will be maintained by sitting idly by and doing nothing and just talking about the betterment of ties between regional Muslim countries. Definitely not! How such stabilization can be pursued should be sought in Zarif’s hands.

After the successful end of nuclear talks, Zarif once again took the first step [and moved his piece] to say “Check” to Saudi Arabia before his king is in check. By traveling to regional countries and meeting with different players in the Middle East and on the [Indian] Subcontinent, Zarif did his best to outline his security forum plan. What he did helps Iran get the upper hand vis-à-vis Saudi Arabia.

Although he knows this idea is hard to materialize, he – in his meetings – stresses the need for discussing such a plan and says Iran is determined to form a regional forum to provide the Middle East’s security. What is the fruit of such efforts? Will such a security forum form? In Saudi Arabia’s absence, this plan will certainly lead nowhere.

Zarif has built on accurate calculations to be part of this win-win game for Iran. Iran knows well that regional disputes will not be defused through unilateralism and that the presence of Saudi Arabia, especially for the equations in the Persian Gulf, seems necessary.

Iran has time and again emphasized that it views the security of its neighbors as its own and never seeks to pose a security threat to Saudi Arabia. But all Riyadh cares about is its identity, and it sees any ideological advances by Shiite Iran in regional countries as a threat to the ideology of Salafism and Wahhabism.

But adherence to the current policy of Iran, that is to say insistence on achievements and thoughts, along with continued efforts as a powerful regional power which favors a peaceful solution to regional crises, will prompt Saudi Arabia to believe in these changes and come to the negotiating table not to miss out on opportunities anymore.