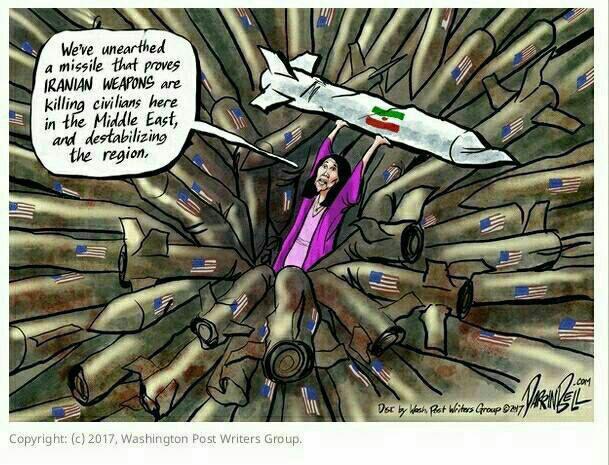 Iran’s top diplomat has censured western powers for demanding restrictions on Iran’s missile activities, saying it is the height of hypocrisy for them to seek limiting Iran’s defence power while they pour billions of arms into the Middle East.

“Sheer hypocrisy of whining about Iran’s defensive missiles while pouring $100 billion of arms into our region,” Foreign Minister Mohammad Javad Zarif wrote in a tweet on Monday.

Drawing a comparison between the western countries’ treatment of Iran and Saudi Arabia, Zarif said the pressure put on Iran by the US and its European allies could act as “customer service” to wealthy clients of western arms manufactures in the region.

“Buy our weapons [and] our governments will provide after-sales support by pressuring your neighbour to dismantle its defences,” Zarif wrote.

Just last year, Saudis agreed to buy over $110 billion worth of US weapons during US President Donald Trump’s visit to Riyadh.

France, along with other European powers, Germany and Britain, has for a while been requesting Iran to stop developing ballistic missiles and curbs regional activities.

They argue the restrictions are the only way to prevent the termination of the 2015 nuclear deal by the US President Donald Trump.