Were those terrorists killed in Iraq and Syria carrying Saudi diplomatic passports? 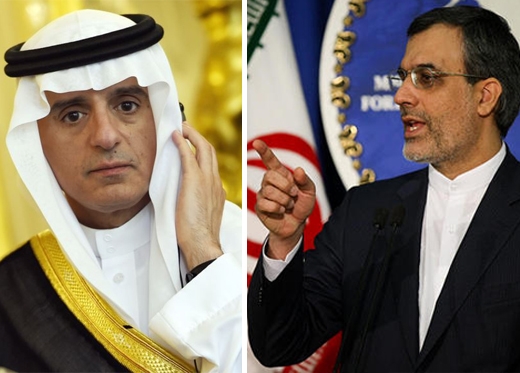 Iranian Foreign Ministry spokesman Hossein Jaberi Ansari, in a response to Saudi Arabian Foreign Minister Adel al Jubeir’s claim that Iran has killed many Saudi diplomats, said that the allegations made by Mr. Jubeir since he took office cannot be taken as anything more than a joke.

Mr. Ansari was talking to reporters in his weekly news conference, and said that the Saudi Foreign Minister’s claims could only be true if the Saudi government has been giving diplomatic passports to terrorists fighting against the governments and the people of Iraq and Syria. He added that it is only because Iran provides advice and assistance to the Iraqi and Syrian governments that the deaths of those terrorists who have been killed in these two countries have been attributed to Iran.

He added that, on the contrary, attacks had been made by terrorist groups against certain Iranian diplomatic missions, including the Iranian embassy in Beirut. These operations were directed by Saudi nationals and security agents, martyring one Iranian diplomat and the wife of a second diplomat while also inflicting extensive damage to the embassy building.

Mr. Jaberi Ansari said that today all over the world, including in Western countries, Saudi support for terrorist groups is widely accredited and acknowledged by various media, and that further, this is a main cause of regional conflict and instability.