War on Iran Will Only Result in Defeat for Enemies: Top General 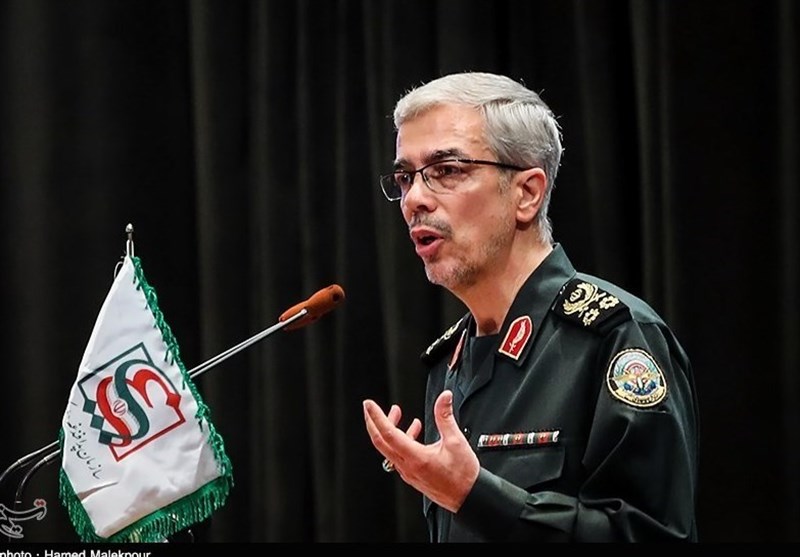 Chief of Staff of the Iranian Armed Forces Major General Mohammad Hossein Baqeri highlighted the country’s full preparedness to defend its territories and said the outcome of any aggression against the Islamic Republic would be nothing but the enemy’s defeat and captivity.

“Today, enemies, who are fearful of a war with Iran, have taken the path of economic terrorism…,” Major General Baqeri said, addressing an open session of the parliament on Tuesday.

“We have repeatedly warned the enemies that if they invade this country, they will be treated like the American drone and the British oil tanker, and that the result of this invasion will be captivity and defeat,” the top commander said.

“We say to the neighboring countries that we have no enmity with you. Countries like Saudi Arabia and the United Arab Emirates are Muslim countries that have lost their path and should side with Iran so that the regional security will be preserved,” he added.

“(Now that) we have an independent defense industry in Iran today, these (military advances) belong to the Muslim world and everyone should know that regional security is provided by the cooperation of regional countries,” Major General Baqeri stated.

The remarks came against the backdrop of increased tensions between Iran and the US after the Islamic Republic shot down an advanced US spy drone over its territorial waters and also recent attacks by Yemeni forces on Saudi oil facilities, with Washington and Riyadh claiming Iran was behind them. Iran denies any involvement in the attack.

US Secretary of State Mike Pompeo on Thursday reiterated Washington’s plan to build a maritime coalition in the Persian Gulf to deter what he called Iranian threats.

The Yemeni forces on September 14 launched drone attacks on two plants at the heart of Saudi Arabia’s oil industry, including the world’s biggest petroleum processing facility.

The attacks came in retaliation for the Saudi-led coalition’s continued aggression on the Arabian Peninsula country.