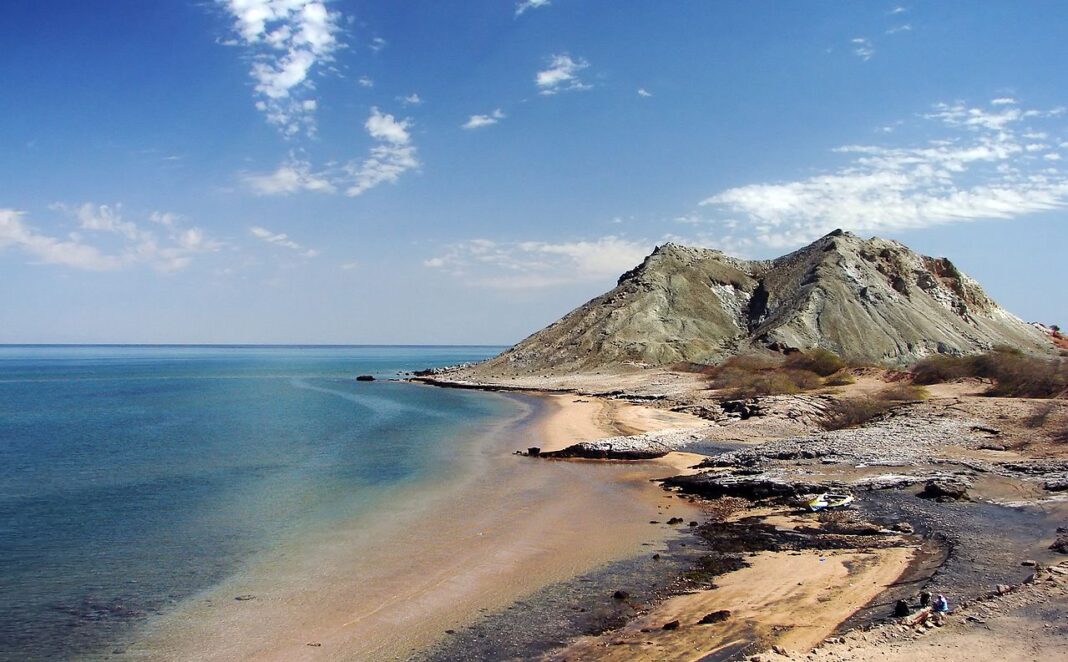 After visiting Iran as a way to relieve the sorrow of his wife’s death, a German engineer left his prestigious job to be a full-time traveller.

Vaghaye Ettefaghieh daily newspaper has narrated the story of a German engineer who lost his wife, but managed to ease his pain by visiting Iran.

One foot in the coasts of Caspian Sea [in northern Iran], the other on Persian Gulf beaches [in the south]: Thomas, a German engineer, has chosen to live in this way. Such a romanticism definitely wasn’t predicted in the recruitment exam of Siemens, where he worked as the chief engineer. However, he could not continue working there due to his evolved spirit.

The chemical engineer, working in the energy department of Siemens – the huge company with more than 360,000 employees in 190 countries – finally achieved his dream in Iran, on the coasts of its indigo-coloured seas; a fate that steered him toward suicide, depression, intoxication and euphoria.

Why did he come to Iran? Indeed, it is better to ask why it took him so long to do so: “You know, this time we will go to Tehran, Iran; your home,” he said with a strong German accent to his Persian wife, struggling to say the hard-to-pronounce words of “Tehran” and “Iran”, vacation after vacation, losing opportunity after opportunity.

The days passed; the workaholic chief engineer involved himself more and more in his job. His world was reduced to his work office in Cologne, with no time for his own city and country, let alone the homeland of his wife.

“Like a sharp knife, the life sometimes hits the target,” expressed Thomas. “Maryam died only a few months after being diagnosed with her disease. The incident hit me like a thunderbolt, a heavy strike. Everything ended before you could blink. All was over then.”

“Because of money, job security and so, I lost the days I could spend much more beautifully. Many times, we decided to visit Tehran, but failed to do so for unexpected happenings.”

Some incidents teach the man that a backpack could be enough for a living; the fear, however, doesn’t allow him to abandon everything and take a knapsack instead, leaving him immovable: it is when he is on the bottom of life flow to be forgotten with no further move.

The courage to take such a decision, though, changed Thomas’s life: “I should see Iran. I should know with whom I had lived so many years; why my life was so peaceful beside her.  I should know from where she had come; she who affected my life so deeply, and humbly.”

“I arrived in Tehran at night, dizzy and confused. I knew nothing about this country. Outside the airport’s passengers terminal, some people asked me ‘Where do you go, sir?’ with their thick Middle Eastern accents and oriental politeness. I had 10 days of vacation, and Iran was very big.”

He had to find some way to revolve his fate in Iran, from the south to the north. So he chose two Iranian coasts:

“I took my shoes off in the Qeshm Island coast [in the south]. On the sands, I gazed at the horizon to watch the sunset. I picked up a handful of sands. I did it again after watching the sunrise on the beaches of the Caspian Sea.”

“In the meantime, I saw the beauties of Shiraz: its special ice cream and Faloodeh, the tombs of Hafiz and Saadi, the Persepolis,” he added. “I was astonished by such a wonderful history.”

He then visited the mosques, handicrafts and craftsmen of Isfahan. “I saw people with always warmly opened arms. I learned that as a sign of friendship, Iranian men shake warmly their hands, hug and kiss each other on the cheek for two or three times, and it is only them who know they are to kiss two or three times!”

He also referred to the culture of Taarof – the Iranian way of being polite – as an inseparable part of Iranian culture. “Everything is done with Taarof: eating, sitting, coming, leaving. Everything.”

“I became intoxicated with the foods and smells,” he expressed. “There was an incredible amount of cars in Tehran, a sky covered by the stars in the desert, and an unforgettable greenery in the north.”

“All of them led to a change in me, making me understand that I should compensate for the missed opportunities, trying to keep the sweet memories instead of mourning.”

Another Way of Living

Undoubtedly, the managing director of Siemens energy department was surprised to read Thomas’ straightforward email: “I would like to inform you that I am resigning from my position … Sincerely, Thomas.”

Thomas, however, was taken back to his childhood by his backpack, Iran and Iranians, and the mementos of the past he carried without having visited their origins; to the days when he wanted to see the entire world, like the fictional travellers.

With his backpack, two packs of sands taken from beaches of Persian Gulf and Caspian Sea, and a framed picture of his wife, Thomas is now visiting different parts of the Earth, extending his world as much as the entire planet.