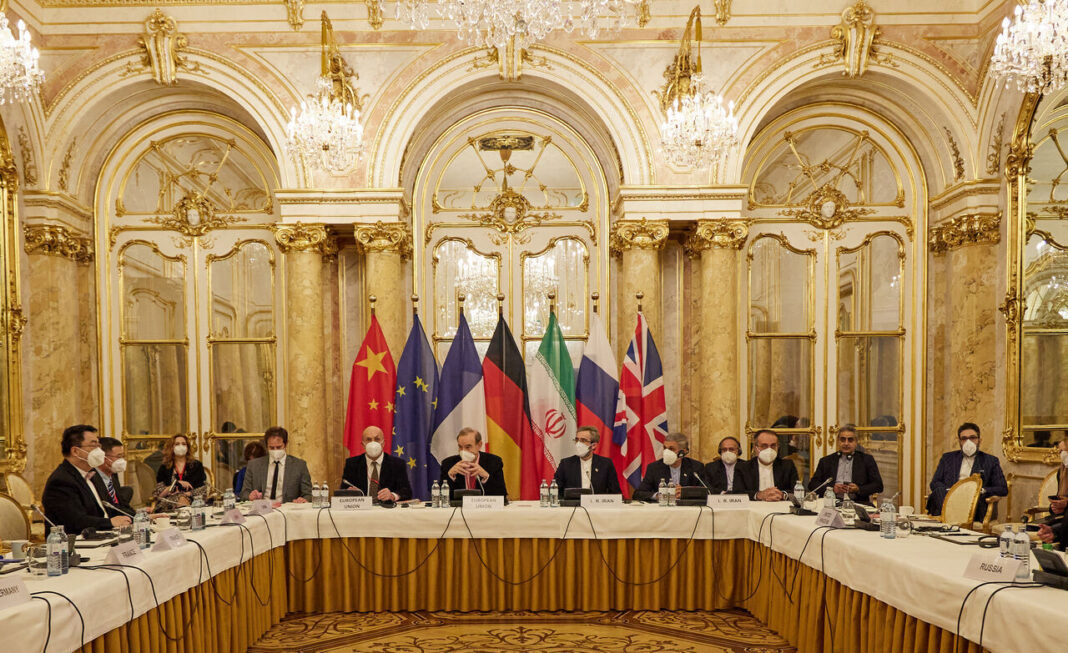 The 26th day of talks between Iran and the P4+1 group of countries over removing sanctions against Tehran began with a meeting between top Iranian negotiator Ali Bagheri and coordinator of the JCPOA’s Joint Commission Enrique Mora.

Earlier, Bagheri held talks with the chief negotiators of the European troika in bilateral or multilateral meetings. Observers say this could be construed as a sign that the negotiations are reaching a decisive point.

During the talks, expert sessions have also been held over various issues surrounding the revival of the Iran nuclear deal, JCPOA.

The 8th round of talks between Iran and the P4+1 began on December 27, 2021. Sanctions removal and verification thereof are among the most important issues on the agenda of talks. The negotiating teams in Vienna acknowledge that talks have made progress and a deal is contingent upon specific political decisions in Washington regarding remaining issues and the lifting of anti-Iran sanctions. Russia and China, both signatories to the JCPOA, support Iran’s logical demands. But word is that the Western sides in the Vienna talks are demanding a revision of the progress made in the talks.

The negotiations have reached a decisive point where the Western parties must make tough decisions.

The US and its Western allies complain that the talks move forward slowly and a final deal could end up being a nutshell. Iran rejects this and says it is in no hurry for an agreement.

Russian chief negotiator Mikhail Ulyanov has also said on his Twitter account that timing depends of participants in the Vienna talks.

Ulyanov added that under the current circumstances, timing is very important but it should not be the major factor defining the outcome of the talks on the future of the JCPOA.

He said If necessary, the negotiators must speed up their work. The Russian diplomat made the comment in response to the tweet of the Wall Street Journal’s reporter who had quoted a senior European official as saying that there is a concern talks in Vienna will not result in a good deal due to the fact that they are moving forward slowly.