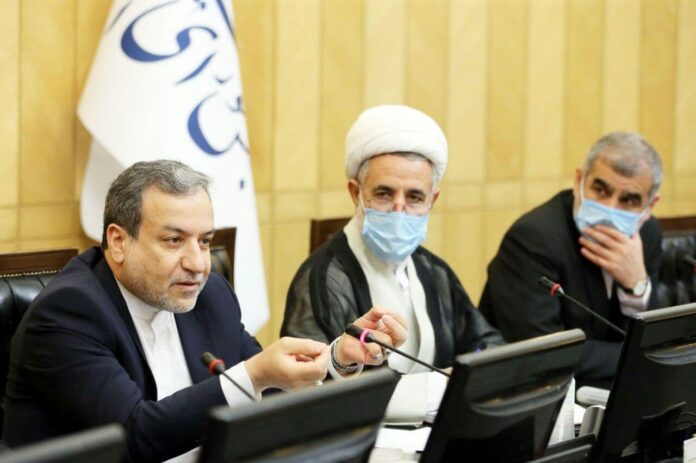 Iran says the United States will not be part of negotiations between Tehran and other signatories to the 2015 nuclear deal, officially known as the Joint Comprehensive Plan of Action (JCPOA), until Washington lifts all sanctions against Iran.

The spokesperson for the Iranian Parliament’s National Security and Foreign Policy Commission made the announcement after a parliamentary meeting with Iran’s chief nuclear negotiator Abbas Araqchi.

In the meeting, Araqchi presented a report on the trend of virtual talks with members of the Joint Commission of the JCPOA.

It was stressed that there will be no direct or indirect negotiations between Tehran and Washington in the upcoming talks in Vienna.

Currently, Iran does not recognize the US as a party to the JCPOA as it pulled out of the deal and has not delivered on its obligations.

Accordingly, it was also emphasized that Iran will not return to its commitments and the US will not be part of the P5+1 talks until all sanctions are lifted and Iran verifies the removal of sanctions.

Araqchi also listened to the viewpoints of lawmakers and it was decided that the Parliament monitor the process of talks among members of the Joint Commission of the JCPOA.

As Araqchi pointed out, viewpoints of Iran’s Leader Ayatollah Seyyed Ali Khamenei will be taken into account in future meetings.

It was also highlighted in the meeting that some are trying to undermine the trend of the talks.

The deputy foreign minister for economic affairs is scheduled to attend a meeting of the Parliament’s National Security and Foreign Policy Commission this afternoon.