US using IS as leverage to achieve goals: Iran Commander 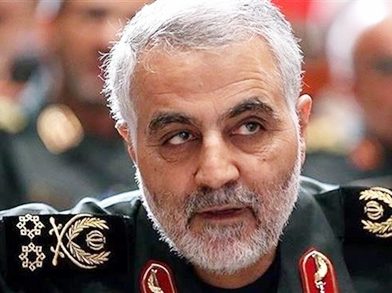 Senior Iranian commander Major General Ghasem Soleimani has said the United States is using the IS Takfiri group as a tool against Muslims.

Major General Soleimani said Tuesday that the IS terrorist group is a product of Washington, adding that the US plans to maintain IS to keep Muslims dependent on Washington.

The commander of the Quds Force of the Islamic Revolution Guards Corps made the remarks while briefing members of Iran’s senior clerical body, the Assembly of Experts, on the developments in the region.

The senior military commander added that Iran has foiled Washington’s plans in the region.

He went on to say that the United States has turned this policy into a “lever” to achieve its goals in the region.

The senior Iranian commander also pointed to the Saudi aggression against Yemen and hailed the Yemeni Ansarullah fighters’ resistance against the deadly onslaught.

“Ansarullah is a popular current and movement that many Yemeni people have been following,” he said.

Recalling the reasons behind the Saudi aggression against Yemen, General Soleimani said, “Saudi Arabia is afraid of Ansarullah’s rise to power and [has therefore] imposed this war against the Yemeni people.”