Iran Front Page
Home Politics Security US to Get Hard Slap in Face If Trespasses into Iran Waters:... 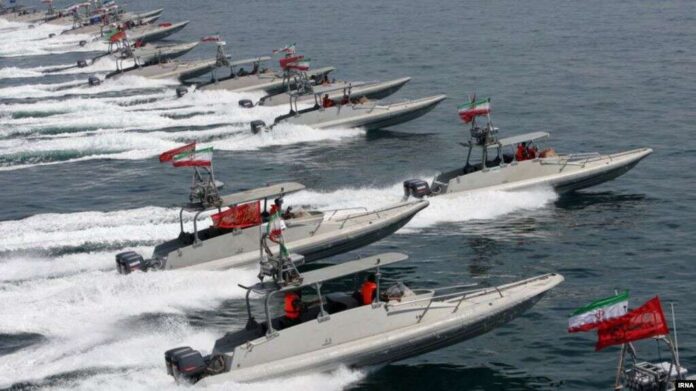 A senior Iranian military official says If American forces make the slightest encroachment on Iran’s territorial waters, they will be slapped in the face harder than before.

Brigadier General Abolfazl Shekarchi made the comment in response to a recent threat by US President Donald Trump, who had said he had ordered US warships in the Persian Gulf to strike Iranians boats if they every approached American vessels.

“Mr. Trump makes such comments against us off and on as part of psychological warfare and in a bid to stir up public opinion and earning scores in the forthcoming election and distancing himself from US domestic issues,” said general Shekarchi, the senior spokesman for the Armed Forces.

He noted the public opinion should be enlightened that it is the Americans that are violating international rules, and that if they are slapped in the face for something wrong they have done, they deserve it.

He said Iran is dead serious about defending the country.

The top general noted Iran has always criticized its enemies, especially the US, for their presence in the Persian Gulf region.

“What do you want from the countries in the Persian Gulf,” he said.

“All regional countries have a share of the Persian Gulf region and are 100% capable of ensuring its security, but our question is what the Americans are looking for in the region, and what are their warships and aircraft and combat units doing in this region,” said the top general.

“Not only do the Americans not have any answer for this question, but also they have been harassing [our troops] and breach international law,” he said.

“Under international law, different vessels can ply across this region freely if they do no harm, but some of them harass fishermen, disregard environmental issues and even approach military centres of countries in this region,” he underlined.

“Moreover, Mr. Trump sends the message that the US military must counter forces harassing them,” he added.