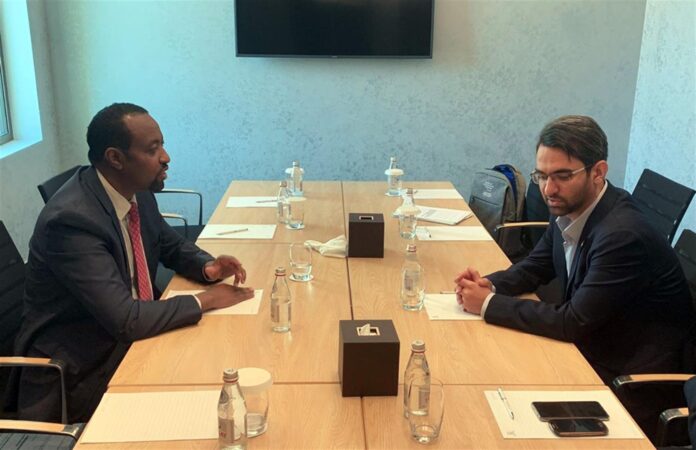 Iran’s ICT Minister says the United States’ possible withdrawal from the Universal Post Union (UPU) would be in line with the country’s pullout from other international organizations and agreements.

The meeting was held on the fringes of a conference of communications ministers of the Regional Commonwealth in the field of Communications (RCC).

He called for the UPU’s unflinching support for member states’ right to send and receive mail. The Iranian minister also touched upon obstructive tactics exercised by certain countries under false pretexts, and urged the union and member states to reform this trend by backing Iran’s proposed resolution.

The UPU chief, in turn, touched upon the upcoming extraordinary meeting of the union and Washington’s threat to pullout of the UPU. He called for Iran’s strong presence at the event and the country’s backing for the union.

He appreciated the Iranian communications minister’s continued support for the UPU, and said he will support Iran’s proposed resolution which provides for free circulation of mail across the postal territory.