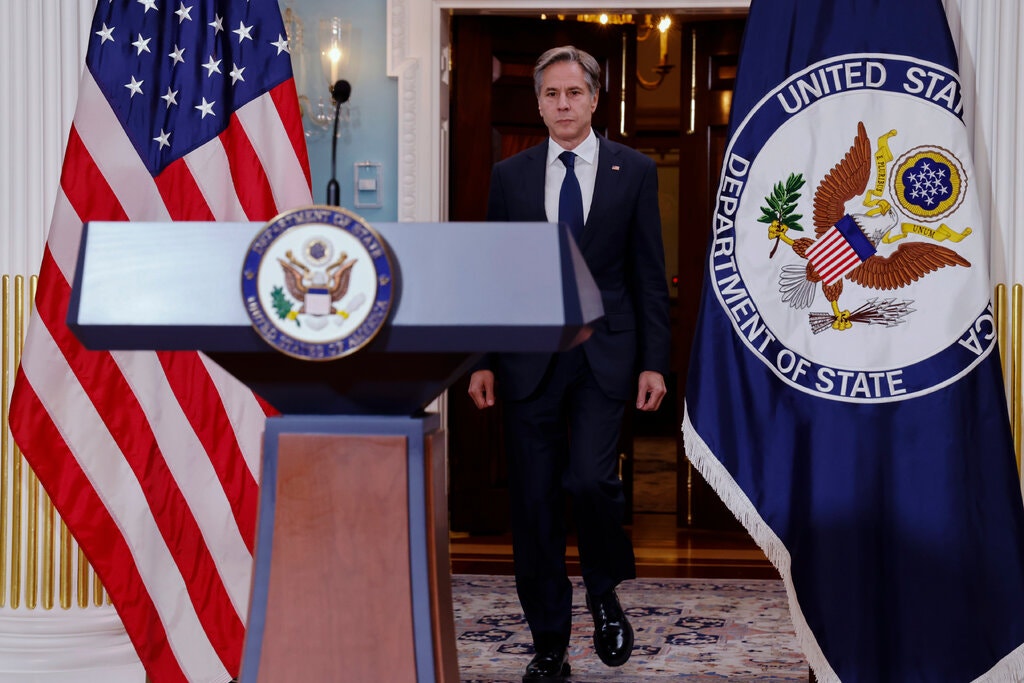 U.S. Secretary of State Antony Blinken has no plan to meet with his new Iranian counterpart Hossein Amir Abdollahian next week at the annual gathering of world leaders at the United Nations in New York, U.S. Ambassador Linda Thomas-Greenfield said on Friday.

Indirect talks between Iran and the United States in Vienna on reviving a 2015 deal stopped in June. Tehran has announced its nuclear program is for peaceful energy purposes only.

Iran’s President Ebrahim Raisi took office in August and Amirabdollahian is due to travel to New York for the U.N. General Assembly.

“We have been engaged with the Iranians in Vienna, and those discussions will continue,” Thomas-Greenfield, told reporters.

“We have not made any direct plans for bilateral meetings while they are here, but that doesn’t mean that we don’t see value in having discussions with the Iranians because we do want to move forward on issues related to the JCPOA,” she added.

The nuclear deal between Iran, the United States, France, Britain, Germany, Russia and China is referred to as the Joint Comprehensive Plan of Action (JCPOA). Under the agreement Iran accepted curbs on its nuclear program in return for a lifting of many foreign sanctions against it.

However, former U.S. President Donald Trump abandoned the pact in 2018 and reimposed harsh sanctions, prompting Tehran to start violating some of the nuclear limits in 2019.