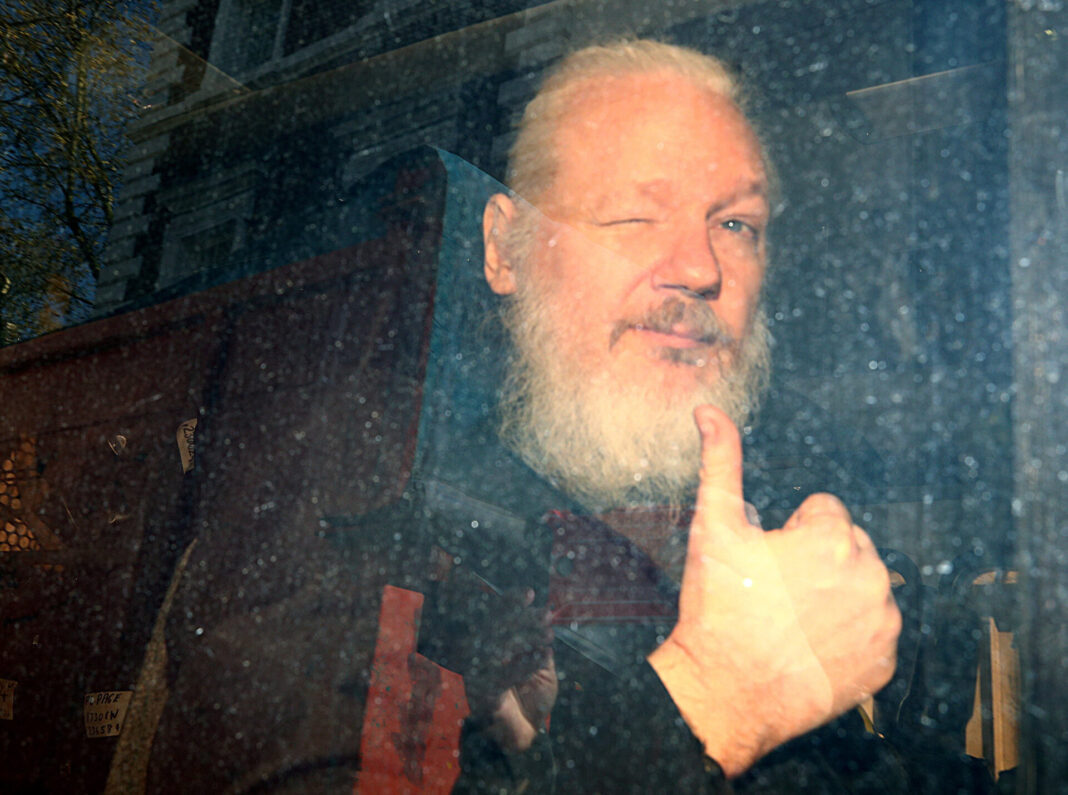 Several high-ranking officials within the CIA and the administration of former US President Donald Trump had plotted to kidnap or kill WikiLeaks founder Julian Assange, a new report reveals.

The US authorities are not really fans of Assange, but the CIA under Directors Mike Pompeo and Gina Haspel took the hate for the WikiLeaks founder to a whole new level – up to planning his assassination, a group of Yahoo News investigators claims, citing accounts of anonymous former officials.

Prior to their appointment, the top US spy agency’s plans were limited to reclassifying Assange and many other journalists as “information brokers” thus extending the capabilities for surveillance over them, the media claims.

Upon his appointment as director of the CIA, Pompeo first suggested calling WikiLeaks a “non-state hostile intelligence service”. Yahoo News claims it was not an accidental phrase – should the whistleblowing site be reclassified, it would allow the CIA to treat it as a foreign intelligence agency and act against it without any oversight.

“I don’t think people realise how much [the] CIA can do under offensive [counterintelligence] and how there is minimal oversight of it”, a former official said.

Everything changed after WikiLeaks released Vault 7 – a special toolkit used by the CIA in its cyber offensive operations. Yahoo’s sources claim that afterward Pompeo and then-CIA chief Haspel wanted Assange’s blood. In 2017, they reportedly explored various avenues to carry out a “rendition” – to snatch the WikiLeaks’ founder from the Ecuadorian Embassy in London he had been hiding in, transport him to a third country, which, in turn, would hand him over to the US.

“There was a discussion with the Brits about turning the other cheek or looking the other way when a team of guys went inside and did a rendition. But the British said, ‘No way, you’re not doing that on our territory, that ain’t happening’,” one of the media’s sources recalled.

The CIA’s reported plans escalated even further, when the American intelligence community was purportedly tipped off about Russia allegedly planning to bust Assange out of the UK. The US spy agency then started planning ways to intercept the whistleblower, the Yahoo investigation claims: crashing a car into a Russian diplomatic vehicle carrying the man, shooting out the tyres of a Russian plane with the journalist on board, or outright starting a gunfight on London’s streets with Kremlin operatives.

“It was beyond comical. It got to the point where every human being in a three-block radius [around the Ecuadorian Embassy] was working for one of the intelligence services – whether they were street sweepers or police officers or security guards,” one anonymous former senior official told Yahoo.

The media outlet’s sources insist that there was even a plan to outright assassinate Assange, just to prevent him from falling into Russian hands and escaping US prosecution. There was also reportedly more mild plots – such as dragging Assange out of the Ecuadorian Embassy and handing him over to the British authorities, who wanted him on charges of breaching his bail conditions.

There were various reasons why the CIA’s wild plans were never put into motion, Yahoo claims. Some American officials strongly objected to getting Assange this way, especially in the National Security Council. One intelligence official slammed the plot as “ridiculous”, pointing out that “this isn’t Pakistan or Egypt – we’re talking about London”.

The Trump administration, for its part, reportedly worried that in the event of a failure, such operations would render Assange’s prosecution impossible under US laws thus jeopardising the case against him.

In the end, none of these plans reported by Yahoo News came to fruition, including the plot to bust Assange out of the UK that Yahoo’s sources claimed Russia was planning. Instead, Assange is still in the UK and is fighting the US extradition attempts – even after a British judge already rejected one endeavour.