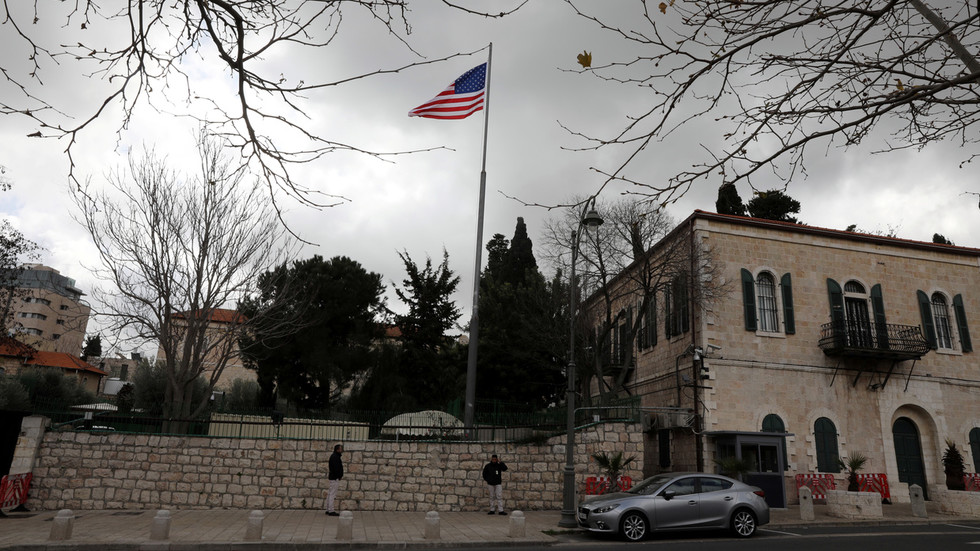 During last month’s bilateral meeting at the White House, Bennett had apparently suggested that the US consulate – which had served as America’s de facto embassy to the Palestinians until it was shut down in 2019 by former President Donald Trump – be reopened on the outskirts of Ramallah in the West Bank or the town of Abu Dis to the east of Jerusalem.

But Biden was not interested in the idea, The Times of Israel reported on Tuesday.

Earlier this month, other reports emerged that Biden had repeatedly raised the issue during the meeting and stressed that he had made a campaign pledge to reopen the consulate in Jerusalem.

When Trump shifted the US embassy from Tel Aviv to Jerusalem, the consulate for Palestinians was incorporated into the embassy as the Palestinian Affairs Unit. The move angered Palestinians, who view East Jerusalem as the capital of a potential future Palestinian state.

A similar proposal to reopen the consulate outside of Jerusalem’s boundaries had reportedly been touted by former Israel PM Benjamin Netanyahu – and the Trump administration had designated Abu Dis and other neighborhoods on the outskirts of Jerusalem as the capital territory of a future Palestine. However, the plan prompted pushback from Palestinians.

Israel has strongly opposed the idea of reopening the consulate, with Bennett insisting that his “clear position” was that Jerusalem would remain the capital of “one country only: Israel”.

Foreign Minister Yair Lapid described Biden’s plan as a “bad idea” earlier this month and several right-wing ministers have said it would be an infringement on Israeli sovereignty. According to Lapid, reopening the mission would both “send the wrong message” and might “destabilize” Israel’s “delicate” governing coalition.

Besides being a diplomatic sore spot, there are also fears that opening the consulate might trigger a rift within Bennett’s broad coalition. The issue has now become a point of attack for Netanyahu, who is now opposition leader.

According to Israeli media reports, although Biden originally planned to reopen the consulate as part of his campaign pledge to restore ties with the Palestinian Authority, the US had put the brakes on this plan in order to prevent another Israeli election and until Bennett’s government passes a budget in November.

Since the Israeli government needs to approve any plans to reopen the consulate, it could collapse if even one member of its razor-thin majority in Parliament were to defect over the issue.

According to an Axios report, Bennett is seeking a “no drama” relationship with the Biden administration and hopes to settle the issue as quietly as possible after the budget passes.