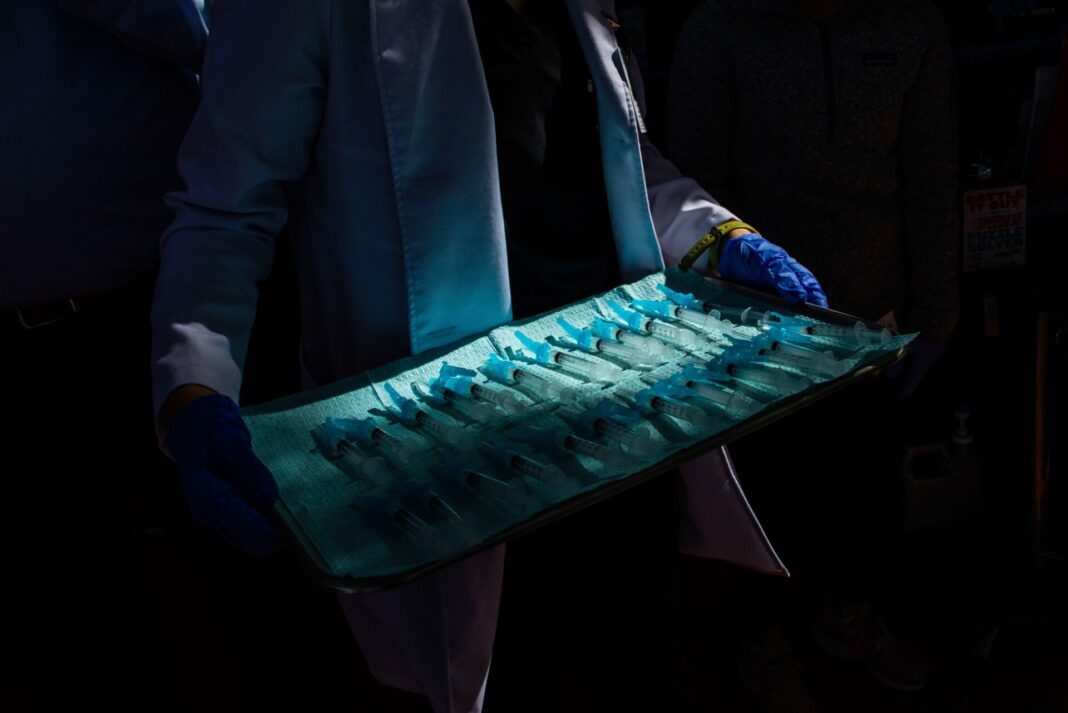 The United States is throwing out millions of coronavirus vaccines, government data shows. It comes as poor countries are facing serious shortages of vaccine to counter the deadly pandemic.

At least 15m doses were scrapped in the US between March and September, according to one analysis of Centers for Disease Control and Prevention (CDC) data. A separate investigation found 1m doses were discarded in 10 states between December and July.

States continue tossing unused shots. Louisiana has thrown out 224,000 unused doses of the Covid vaccines – a rate that has almost tripled since the end of July, even as a deadly fourth wave of the virus gripped the state. Some of the lost doses came from opening and not finishing vials, but more than 20,000 shots simply expired.

Thousands of doses are reportedly wasted each day in Wisconsin. In Alabama, more than 65,000 doses have been tossed; in Tennessee, it’s almost 200,000.

The wasted doses represent a small fraction of the number of shots administered in these states – in Louisiana, for instance, 4.4m doses have been given out successfully.

But the news comes as millions of people around the world wait for their first doses. Only 1% of the populations of low-income countries had received first shots as of July, compared with more than half of those living in a handful of high-income countries.

Many of the discarded doses came from pharmacies. In May, two pharmacy chains had wasted more doses than US states, territories and federal agencies combined, for almost three-quarters of tossed doses. Now, at least 7.6m discarded doses come from four major pharmacies: Walgreens, CVS, Walmart and Rite Aid.

There are multiple reasons why doses have been wasted: sometimes a vial is cracked or doesn’t contain as many doses as promised; sometimes needles malfunction; freezers break down or the power goes out. Frequently, people don’t show up for appointments, and the dose set aside for them in a vial isn’t used.

But as vaccinations across the country have stalled after peaking in mid-April, a growing issue is simply that the vaccines are expiring amid vaccine hesitancy in the US that is more widespread than first imagined.

Before June, a little over 2m doses had gone to waste, NBC News reported. But over the summer, those figures surged – alongside the virus itself – sixfold as doses expired and vaccinations flagged.

The Biden administration has pushed to use the US vaccine stockpile for boosters, sometimes clashing with scientific agencies on who needs the added protection of an additional shot.

Officials are also working with vaccine manufacturers to reduce the number of doses in each vial.

In the face of global inequities, it’s not as simple as states donating unused vaccines. The doses already distributed to states can’t be repurposed internationally because of bureaucratic and safety concerns around storing the vaccines correctly.

Joe Biden has vowed to vaccinate 70% of the world in the next year, and has committed to donate several million doses for use abroad. But in the meantime, many countries are struggling to provide shots to the most vulnerable and those working on the frontlines of the pandemic, while Americans refuse the immunizations.

Manufacturers should also scale up production to address global shortages, the administration has said. Moderna, for instance, needs to “step up as a company” when it comes to global production of vaccines, David Kessler, the Biden administration’s chief science officer of the Covid-19 response, said on Wednesday.