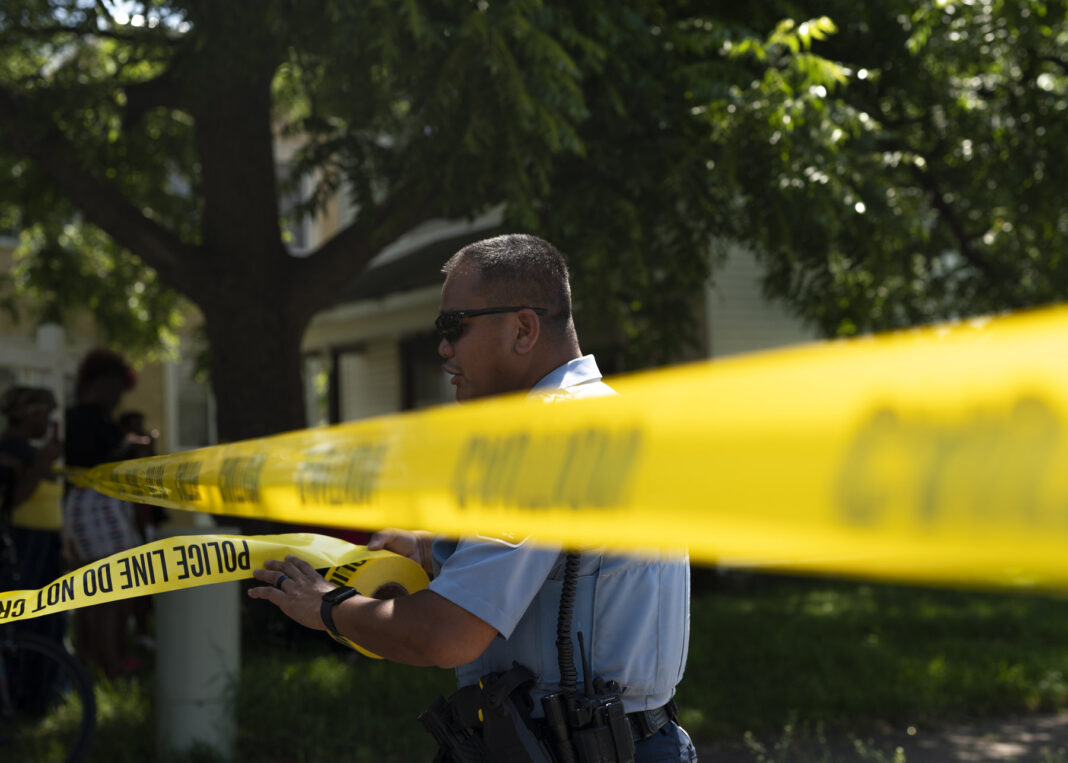 The rate of murders in the U.S. surged by nearly 30 percent last year compared to 2019, according to the FBI. It’s the largest single-year jump in almost six decades

The U.S. murder rate increased nearly 30% in 2020, according to the FBI, the largest percentage increase in modern U.S. history, with almost 5,000 more murders last year than the year before, though the rate is still down from the heights reached during the violent 1990s.

The bureau released its Uniform Crime Report statistics and estimated there were 21,570 murders in the United States last year, an increase of 29.4% from 2019, with 4,901 additional murders in 2020. In raw numbers, 2020 saw more total murders than any year since 1995, when an estimated 21,610 people were murdered in the U.S., though the total U.S. population has expanded by tens of millions of people since then, meaning the overall murder rate in the U.S. is still lower.

The data shows the murder rate rising to large heights in the summer of 2020 and then remaining above normal the rest of the year. The jump is the biggest since this data started being collected like this in the 1960s.

The bureau said that 15,897 federal, state, county, city, college, and tribal agencies submitted data for the 2020 report. The murder rate is believed to have continued to increase in 2021 from 2020, though at a slower rate than the difference between 2020 and 2019, although data on that is much more limited.

Nationwide unrest was unleashed last year after George Floyd, a 46-year-old unarmed black man, died in police custody on May 25, 2020, after Minneapolis police officer Derek Chauvin pinned him down by placing a knee on his neck and back for more than nine minutes as Floyd and onlookers called on the police to stop. Chauvin, 45, was found guilty in April on charges of second-degree unintentional murder, third-degree murder, and manslaughter.

Footage of Floyd’s death in police custody set off a wave of outrage, leading to protests in major cities across the nation, many of which became violent as protesters rioted, looted stores, destroyed property, burned buildings, and clashed with police. Rioting in Minneapolis resulted in hundreds of millions of dollars in damages, with many buildings destroyed never replaced. The Black Lives Matter movement helped lead the protests in the U.S. and around the world, with calls to “defund the police”. Some Democrats embraced the “defund the police” messaging too.

The rise in violence also occurred amid a global COVID-19 pandemic which, according to Johns Hopkins University, has killed 688,000 people in the U.S. and 4.75 million people worldwide. The coronavirus pandemic was accompanied by lockdown orders from many governors and mayors, schools being shut down, rises in unemployment and economic uncertainty, and more. Drug overdose deaths in 2020 rose to roughly 93,000 in 2020 — also a 29% increase from 2019.

The FBI added that “for the first time in four years, the estimated number of violent crimes in the nation increased when compared with the previous year’s statistics”, with an overall 5.6% increase in violent crime in 2020 and 1.3 million violent crimes recorded. The bureau stated that aggravated assault offenses rose 12.1% and the volume of “murder and nonnegligent manslaughter offenses” increased by 29.4%. The bureau noted that property crimes dropped 7.8 %, however, making last year the 18th consecutive year when such crimes declined. The FBI said the number of robberies dropped by 9.3% and the number of rapes fell by 12%.